With an area of ​​160 km², the Principality of Liechtenstein is the fourth smallest country in Europe,but it is one of the richest countries in the world. The country lies in the border area between Austria in the east and north (Vorarlberg) and Switzerland in the west and south (cantons of St. Gallen and Graub¨¹nden). See Liechtenstein country abbreviation.

The landscape is characterized by foothills of the Northern Limestone Alps (Rätikon with the upper Saminatal and the secondary valleys Malbun and Valorsch) and the eastern valley floor of the Alpine Rhine. A total of around two thirds of the country’s area is taken up by mountains, the highest mountain is the Vorder-Grauspitz with 2599 m. The valley floor of the Alpine Rhine, which represents the country’s western border, lies at an altitude of approximately 450 m above sea level. Here are individual mountains such as the Schellenberg (also Eschener Berg, around 700 m).

The climate in Liechtenstein is cool and temperate. In the state capital Vaduz, the mean January temperatures are around -1 °C, in summer 17.5 °C are reached on average. The temperatures in the valley level of the Alpine Rhine are somewhat higher. A typical climatic phenomenon in Liechtenstein is the warm blow dryer winds, which can sometimes reach storm levels. While the average precipitation values ​​in the valley are around 850 mm per year, up to 2,400 mm are reached in the ridges of the mountains.

The formerly forested valley plain (originally floodplain forest) was cleared in favor of agricultural land. Around 35% of the country is still forested. In the high valleys and on the mountain slopes, mixed deciduous forest prevails up to a height of approx. 1,300 m, followed by coniferous forest. The tree line is around 1,800 m. Mountain pines, dwarf shrubs and alpine mats are found above.

The animal world of Liechtenstein corresponds to that of Central Europe. Marmots, chamois, alpine bats, capercaillie and golden eagles are found in the high mountain regions. Deer, foxes, hares, polecats, pine martens and badgers and various bird species live in the mountain forests and in the valley.

Liechtenstein has around 35,000 residents. About half of the residents live in rural areas in smaller settlements, especially the valley level and the Saminatal are more densely populated. The cities of Schaan and Vaduz (capital), which are only 3 km apart, are the largest cities in the country with 5,600 and 5,000 residents respectively.

In addition to the 61.6% Liechtensteiners, about 15.5% Swiss, a good 7% Austrian and 3.5% German live in the country whose official language is German. The Liechtensteiners speak an Alemannic dialect. Since the late 1960s, the population has increased by around 50% due to immigration from neighboring countries. The majority of the country’s citizens belong to the Christian faith, predominantly the Roman Catholic Church (76%).

Living standards and educational levels are very high in Liechtenstein as one of the richest countries in the world. The life expectancy of women is 83 years, for men it is 76 years. According to COUNTRYAAH, the population growth of 0.8% is mainly due to the immigration of foreigners. 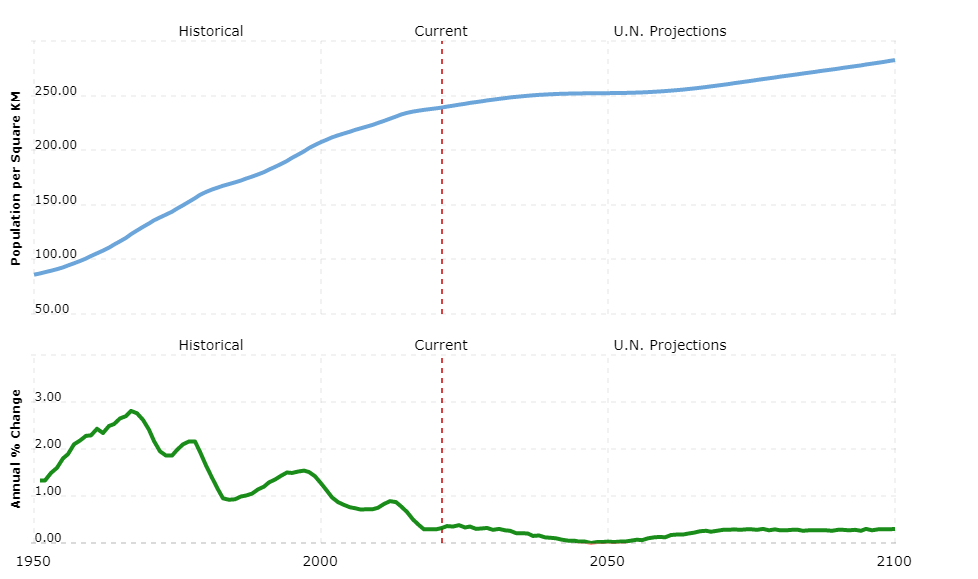 The Principality of Liechtenstein is a constitutional hereditary monarchy on a parliamentary-democratic basis. The basis is the constitution of 1921 with later changes. The head of state is the Prince (since August 2004, Hereditary Prince Alois Philipp Maria as Deputy of Prince Hans-Adam II, who remains Prince), who appoints the government on the recommendation of the 25 members of the Landtag. Head of government has been Adrian Hasler since March 2013. The prince can dissolve the state parliament and signs off all laws before they can come into force. The members of the Landtag are elected every four years.

The two main parties are the Progressive Citizens’ Party (FBP) and the Patriotic Union (VU).

The legal system is based on Swiss law. In terms of foreign policy, the country is mostly represented by Switzerland.

Liechtenstein is divided into eleven municipalities.

Liechtenstein’s economy has been closely linked to Switzerland since the currency and customs union of 1923/24. The Swiss money, credit and currency laws have been in force since 1981 (currency contract) (the common currency is the Swiss franc). In contrast to Switzerland, Liechtenstein has also been a member of the European Economic Area (EEA) since 1995.

Liechtenstein is one of the most important international banking and financial centers. The high proportion of the service sector with more than half of the gross domestic product (GDP) results largely from financial services. Economic growth in 2012 was 1.4%.

Today, agriculture accounts for just under 1% of all employed people. The share of GDP is correspondingly low (7%). The areas under cultivation for potatoes, wheat, corn and fruit are mainly in the fertile valley plain and in the low mountain ranges. In the higher areas, cattle breeding and dairy farming are carried out.

Liechtenstein’s transformation from an agricultural to an industrial country began at the end of the Second World War. The domestic industry benefited from the capital of foreign investors who were attracted by tax breaks. Around 40% of all workers are employed in the industrial sector, which also generates 40% of GDP. The most important areas are mechanical engineering and the electrical industry, whose products are also among the main export goods. The chemical industry is also important. Since the small country has virtually no raw material deposits, raw materials and around two thirds of the energy required must be imported.

The most important trading partners are the EU countries (especially Germany and Austria) and the USA.