The state of Kuwait (“Daulat Al-Kuwait”) reads in the northwest of the Persian Gulf and borders in the south on Saudi Arabia, in the northwest and north on Iraq. With an area of ​​17,818 km², the country is about twice as large as the island of Crete.

Kuwait consists mainly of dry steppe and desert and is almost flat except for the range of hills of the Zawr Mountains (up to 150 m), which runs parallel to the coast. The wide sandstone plateau, which takes up the majority of the country’s area, rises from east to west, the largest elevation is the Ash Shakayah with 283 m. The western border with Iraq runs along a dry valley (Wadi al Batin) that only occasionally carries water.

The Kuwait Bay in the middle of the coastline on the Persian Gulf extends up to 40 km inland, on the southern tip is the capital, which bears the same name as the country (Al-Kuwayt). To the north of the bay there is a strip of alluvial land belonging to the Schatt el Arab, to the south of the bay are the large oil fields to which the state owes its prosperity.

Kuwait’s climate is characterized by great drought (in the interior) and sometimes extremely high temperatures in summer. Precipitation, which averages 120 mm annually, mainly falls in the months of December to February. In the winter months, temperatures can reach up to approx. 25 °C during the day, temperatures drop sharply at night, and frost in the desert is not uncommon. In summer, the average temperatures are around 35 °C, the maximum temperature is around 50 °C.

Much of the country consists of desert and dry steppe, the vegetation and wildlife are correspondingly barren and poor. After rain in the winter months, some plants grow temporarily. The oases in the country are used intensively for agriculture, especially date palms and vegetables are cultivated here.

Around 2.5 million people live in Kuwait, around 96% of whom live in cities (the country has one of the highest urbanization rates worldwide). The largest metropolitan area is the metropolitan area around the capital Kuwait(Al-Kuwayt) with As-Salimiyah and Hawalli, around 390,000 people live here. According to COUNTRYAAH, 90% of the country’s residents are Arabs, the rest mostly Asian. Only residents who were born in Kuwait before 1920 or whose descendants are considered real Kuwaitis, today this applies to approximately 45% of people. Around a third of them are nomadic Bedouins (without citizenship rights). More than 55% of the workers in Kuwait are foreigners, especially from Arab countries (Saudi Arabia, Syria, Iraq) or from the Indian subcontinent (India, Pakistan, Bangladesh, Sri Lanka). The British and Americans make up a small minority. Islam is the state religion in Kuwait. There are 85% Muslims, of whom over two thirds are Sunnis. Christians and Hindus form small minorities.

The standard of living in Kuwait is very high in a global comparison. An extensive social security system and an excellent and free health system reflect the prosperity of society. School attendance (compulsory schooling from six to 14 years) is also free of charge; the illiteracy rate is still relatively high at 16%. The average life expectancy is 77 years, the population grows by 2.5% on average. 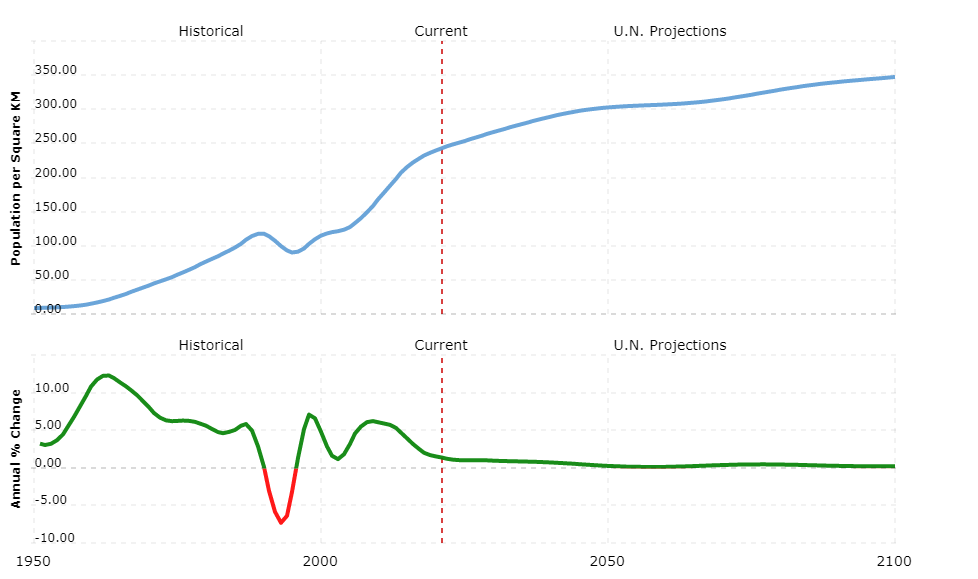 Kuwait is – according to the 1962 constitution – a constitutional hereditary monarchy (emirate). The emir (Sabah bin Ahmad al-Jabir as-Sabah, since January 2006) is both secular and spiritual head of the country. At the same time, he is the chairman of the Council of Ministers and appoints the head of government (Jabir Mubarak al-Hamad as-Sabah, since December 2011). The executive power lies with the Emir or the ministers appointed by him and the head of government. All important ministries are occupied by members of the as-Sabah family.

The legislative power lies with the National Assembly (Madschlis al-Umma) with 65 members. 50 of them are elected, 15 are appointed. The term of office is four years. The Emir has both the right to propose and the right to veto. Kuwaitis over the age of 21 are eligible to vote (except members of the armed forces and security forces), and only since 2005 have female citizens also had the right to vote and to stand for election. Instead of the (banned) political parties, there are party-like groups in Kuwait that can be roughly divided into Islamists (of various forms), liberals and representatives of tribes and conservatives.

The legal system is based on Islam and British models.

Kuwait is divided into six governorates. There is a uniform municipal council for the entire country. There is also a neutral zone with Saudi Arabia.

Kuwait is one of the wealthiest countries in the world. The Kuwaiti economy is based on the sale of crude oil or oil products (Kuwait has around a tenth of the world’s oil reserves). Petroleum export revenues represent 94% of total export earnings. Only 2.1% of the population are considered unemployed.

Due to the drought, less than 1% of the country’s area can be used for agriculture. Dates, melons and animal feed are grown in the oases and areas on the coast. Sheep, goats and cattle are kept to a limited extent, sometimes by nomadic Bedouins. The rest of the food must be imported, as well as building materials, vehicles and textiles. The most important suppliers are the USA, China and Germany.

Petrochemicals and chemistry are dominant in industrial companies; they also produce export products that are sold to Japan, the United States, South Korea, India and China.

The currency is the Kuwaiti dinar.