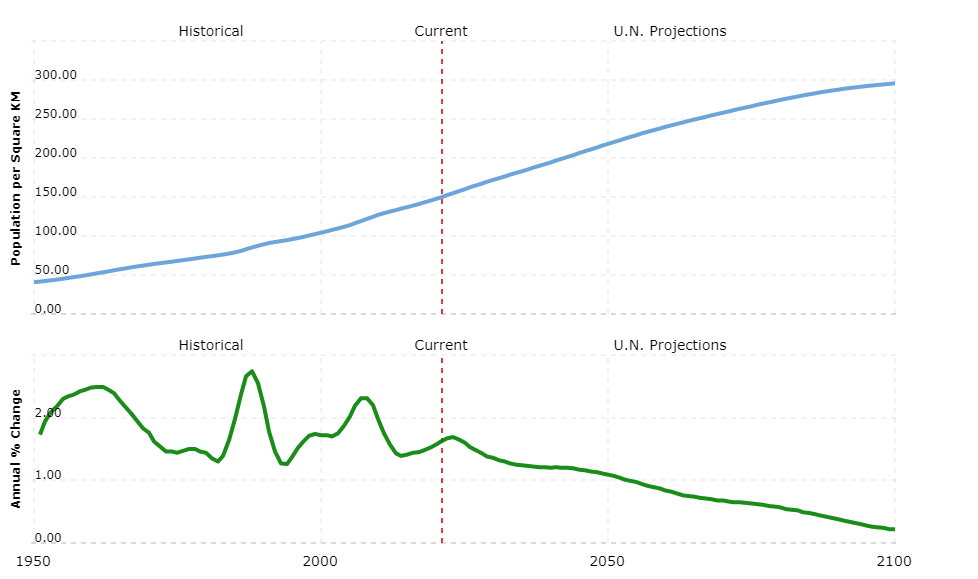 The Republic of Kiribati consists of a total of 33 atolls (coral islands), which are located in the central Pacific south and north of the equator. The country covers only 811 km², the water surface over 3.5 million square kilometers. The islands can be divided into three groups apart from the island of Banaba (Ocean Island): to the west of the 180th longitude (date line) are the 16 Gilbert Islands (in the local language Tungaru) with the main island Tarawa. To the east of it are the eight uninhabited Phoenix Islands and the eight (out of a total of eleven) Line Islands.

The island of Banaba (Ocean Island) lies west of the 170th degree of longitude and is an exception among the islands of the Republic of Kiribati, as it reaches a height of up to 81 m. All other islands protrude about three meters from the water and are typical flat coral islands with the ring shapes typical of atolls. There are mostly lagoons between the outer coral ring and the islands, the coasts are characterized by long white sandy beaches. The islands are usually only between 200 and 300 m wide, but can be considerably longer. Precipitation seeps through the porous surface, so that there is hardly any surface water.

The capital of the republic, Bairiki, is located on the island of Tarawa, which is part of the Gilbert Islands.

The islands of the Republic of Kiribati have a tropical, humid climate with high temperatures all year round. The average daytime temperature is around 28 °C all year round. Rainfall is between 2,500 mm per year on the northern islands and up to 1,100 mm on the southern islands. Most of the precipitation falls from November to March. Cyclones can occur.

Due to the nutrient-poor soil, the vegetation of the islands is poor in species. There are coconut palms, screw trees, breadfruit trees and salt bushes.

The mammals present on the islands (eg rabbits, rodents) were introduced by humans. Only the bird world and the underwater world in the coral reefs are rich in species. Seabirds include frigate and tropical birds, boobies, shearwater, terns and gulls.

A total of 103,000 people live on the islands of the Republic of Kiribati. The Kiribati or I-Kiribati are almost 99% Micronesians, in addition there are smaller groups of residents who are of Chinese, Polynesian or European origin. Most I-Kiribati are Christians: about 53% of the population are Catholic, 40% Protestant. Baha’i followers make up a religious minority of around 2.4%.

The population density is on average around 127 residents per square kilometer, but is very different on the islands. More than 80% of I-Kiribati live in the Gilbert Islands, alone 40% of the total population on the main island of Tarawa. The largest urban settlement in the republic is located here, the capital Bairiki with around 37,000 residents. Of the Line Islands, only the Christmas (Kiritimati), the Fanning (Tabuaeran) and the Washington Island (Teraina) are inhabited. The eight Phoenix Islands are uninhabited. The national language is Kiribati (Gilbertese), which belongs to the Austronesian languages, and English is also spoken.

Medical care for the population is free of charge. The average life expectancy is 62 years; population growth is approximately 2.25%. School attendance is compulsory for children between the ages of six and 14, and there are only secondary schools on the island of Tarawa. According to COUNTRYAAH, the literacy rate is around 90%.

According to the 1979 constitution, Kiribati is a presidential republic. The head of state is the president elected by the people for a term of four years (Anote Tong, since July 2003), who is also head of the government and foreign minister. He appoints his cabinet from among the members of parliament.

The legislature lies with the one-chamber parliament (Maneaba Ni Maungatabu) with 46 seats. 44 people are directly elected by the people for a term of four years, one seat is ex officio.

Kiribati is divided into three administrative units (Gilbert Islands, Line Islands, Phoenix Islands) and six districts. For each of the 21 inhabited islands there is an Island Council as the local administrative authority.

The island nation of Kiribati has hardly any resources. Since the end of phosphate mining on the island of Banaba in the late 1970s, copra and fishery products have been the country’s most important export goods. Kiribati is highly dependent on foreign funding. Only every fifth inhabitant is in official employment.

Most Kiribati are employed in agriculture and fishing. Mostly in subsistence farming, coconut palms, sweet potatoes, jams and bananas are cultivated. Fishing is of great importance, but catches have dropped dramatically in the past few years, especially for tuna. Agriculture contributes a quarter to Kiribati’s bread and butter product.

Over two thirds of GDP are generated in the service sector. The industry, which mainly consists of small food processing companies and handicrafts, generates only 8%. Industrial growth is severely limited by the lack of trained workers.

The tourism sector is becoming increasingly important (around a fifth of GDP). In 1998 the international airport Bonriki on the island of Tawara and Cassidy on the island of Kiritimati (Christmas Island) were expanded, since then larger machines can also land there.

Kiribati’s main imports are food, machinery, vehicles and fuels from Australia, Fiji, Japan and New Zealand. Above all, Kopra is exported, alongside fishery products and coconuts to Japan, Australia, the USA and Fiji.

The road network on the islands covers a total of about 680 km.

Kiribati’s currencies are the Kiribati dollar and the Australian dollar.