Stay healthy in the country

Traveling and living in Jordan are unproblematic for an average healthy person. Vaccinations are not required for Jordan. However, anyone who lives in the country for more than three months must undergo a medical examination and an AIDS test. If the result is positive, there is a risk of expulsion.

The medical standard of many hospitals in Jordan is comparable to that of Central Europe. The hygienic conditions are generally good; Anyone who has not yet been to the Mediterranean or the Middle East must still expect diarrhea. Basically, water should only be drunk from packaged bottles; if necessary, you should avoid fresh fruit and salads. Those who live longer in the country should routinely have themselves checked for intestinal parasites 1-2 times a year. In emergencies, you can inquire about German-speaking doctors and suitable hospitals at the German Embassy in Amman. Emergency number of the German Embassy Amman: 00962-79-5534261 (only in very urgent cases). Police emergency number and ambulance: 911.

According to pharmacylib, the health system in Jordan has improved overall. Children up to and including 6 years of age are looked after free of charge. In terms of supply, however, there is a pronounced urban-rural divide and an ever-widening gap between rich and poor. Medical care is good in the greater Amman area, but much worse in rural areas. As a result of the general improvement in living standards, infant mortality has fallen by two thirds. The average life expectancy is around 75 years.

After it became more and more difficult for Arabs to travel to western countries for medical treatment in the wake of September 11, 2001, Jordan has seen significant growth in health tourism. However, there are no exact figures.

Privileges for civil servants and the military

Professional groups in the state, such as civil servants, police officers and the military, have always received medical treatment free of charge or on reduced terms and received a retirement benefit. All other workers were dependent on their families, their savings or alms in crisis situations. In the course of the privatization of former state-owned companies, Jordan introduced general health and pension insurance in 2001, which covers, among other things, accidents at work, illness and pregnancy. However, this insurance only applies to some of the employees and it does not protect the many thousands of migrant workers in Jordan. Agricultural workers, domestic workers and a number of other professions have so far been excluded from the insurance, as well as from accident insurance.

There is no unemployment insurance in Jordan. In some cases, severance payments are made upon termination of an employment relationship. It is generally expected that the family will step in in an emergency. In cases of hardship, Islamic charitable associations and occasionally quasi-state NGOs help with clothing, food or donations. Unions are legal, but not very influential.

The next chapter deals, among other things, with the Arabic language. This YouTube video vividly describes how much Arabic is present in German today. 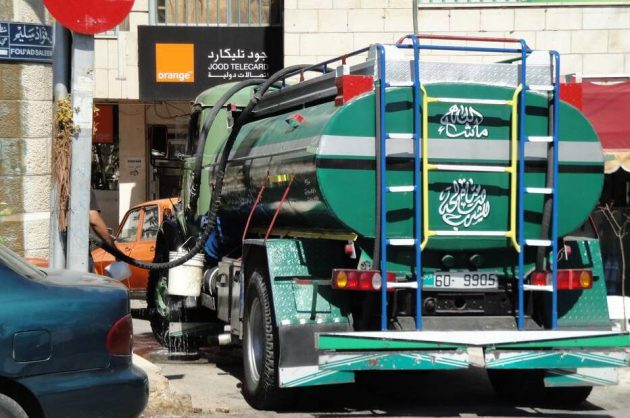 Most foreigners say that they feel safe in Jordan in everyday life. Nevertheless, some caution is advisable. For example, don’t let unfamiliar drivers take you along. If in doubt, you can ask for a taxi at your hotel reception. Online call taxis from Uber and Careem are also considered quite safe. For a longer stay, it is recommended to work with a permanent taxi driver.

Assault, rape and capital crimes are comparatively rare in Jordan. However, drug consumption is increasing and with it, especially in the impoverished milieus, also the crime of acquisitions.

Despite the wars and crises in the immediate vicinity and despite the numerous refugees in the country, Jordan is still considered to be relatively stable. Due to Germany’s entry into the anti-IS coalition in November 2015, the risk of attacks on German facilities in the country has potentially increased.

Several brutal events have shown that Jordan is in the focus of Islamist terrorists, including the attack on Jordanian security forces in June 2016 and the events in December 2016. On December 18, it occurred in a rented apartment in Qatraneh (approx. 80 km south of Amman).2016 to a shootout. The perpetrators fled west to Kera. They fought armed skirmishes with security forces for hours at the crusader castle. According to media reports, weapons, bomb-making material and explosive belts were found in the apartment in Qatraneh.

In 2005, when almost 60 people were killed and several hundred injured in bomb attacks on three hotels in Amman, the Jordanian government increased security in many areas of daily life. There has not been another such devastating attack on tourists since then. Nevertheless, one should inform oneself regularly about the assessment of the Foreign Office and other foreign representations. For longer stays in the country, you should register at the embassy of your home country and provide contact details.

In terms of foreign policy, Jordan maintains close ties with the USA, Israel and the Western world. Sections of the Jordanian population are critical of this orientation – not because they generally reject the West, but because they consider Israel to be a colonial power. In times of crisis, this mixed situation sometimes leads to foreigners being attacked with words or stones as supposed representatives of the “West” or the “enemy”. Such attacks are rare and not representative. Most Jordanians – including Jordanians of Palestinian origin – reject such undifferentiated attitudes as well as violence and are open and hospitable towards strangers.