In 1946, Great Britain recognized the independence of Transjordan by treaty, under the so-called Anglo Jordanian Treaty. With the acceptance of the title of king by Abdullah Ibn al-Hussein on May 25, 1946, his territory was renamed the “Hashemite Kingdom of Jordan”. The Jordanian army remained under British control.

In November 1947 the UN voted for the division of the British Mandate Palestine and thus for the establishment of the State of Israel. Almost all western states were in favor, the majority of the Arab states against. Great Britain abstained from the vote. In 1948, Jordan and Great Britain signed the Anglo-Jordan Treaty, which modified the 1946 treaty and provided for a coordinated foreign and defense policy as well as financial aid for the Jordanian ruling house.

In May 1948 the State of Israel was officially established. Shortly afterwards, several Arab states declared war on Israel, with Jordan also taking part in the front line. The war of 1948 and the armistice of 1949 were to change the face of the young Jordanian state forever. For one thing, almost 50 percent of the displaced Palestinians fled(approx. 350,000 out of an estimated total of 750,000) into the territory of the Hashemites. In order to keep the young state stable, the so-called “48” refugees were immediately given Jordanian citizenship. On the other hand, Jordanian troops occupied the West Bank and East Jerusalem. With this, the Hashemite kingdom suddenly had developed urban centers and, above all, urgently needed agricultural resources. Pro-Jordanian Palestinian politicians (notables) approved the Jordanian annexation of the occupied territories west of the Jordan, including Jerusalem, in 1950. Nationalist Palestinian forces, however, announced resistance to the annexation.

The Qatari-funded broadcaster Al-Jazeera published a two-part documentary about the Hashemite dynasty in 2017.

King Hussein becomes king at the age of 18

In July 1951, King Abdullah I was assassinated in Jerusalem, presumably because of his pro-Israel stance. The Hashemite dynasty was divided over the succession. Abdullah’s son Talal abdicated in September 1952, presumably for reasons of illness, in favor of his son, Hussein bin Talal, who was still underage at the time. He ascended the throne on May 2, 1953. Hussein I was only 18 years old – a challenge in times of growing pan-Arab, anti-Western and anti-monarchical currents. One of the most important steps in the early years was the end of British military rule in 1956, under the influence of Arab nationalism. From then on, the US became the determining international factor in Jordan.

The first two decades of King Hussein I’s rule were characterized by the consolidation of power. Nationalists and anti-monarchical Palestinian forces denied the Hashemites political legitimacy. King Hussein I survived several assassination attempts. When the anti-monarchical left and nationalists won a majority in the Jordanian parliamentary elections in 1956, he had parliament dissolved in early 1957. There were no democratic elections in Jordan for decades. Instead, King Hussein I sought support from the Jordanian extended families loyal to the king. He maintained close contacts, especially with the Bedouin tribes. 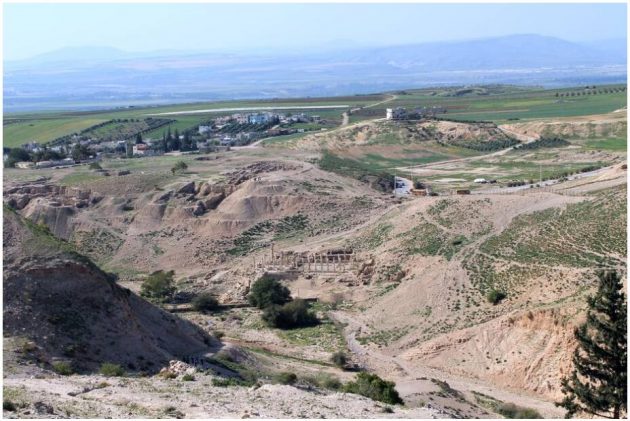 In the course of the Israeli-Arab war of 1967, Jordan lost East Jerusalem and the economically important West Bank to Israel. In addition, around 400,000 Palestinians fled to Jordan again – the second huge wave of refugees in less than two decades.

At the end of the 1960’s, the clashes between the Jordanian monarchy and the Palestine Liberation Organization (PLO) intensified.

According to cheeroutdoor, the PLO, which carried out military operations against Israel from Jordan, appeared to be seriously endangering the still fragile system of rule in Jordan. In September 1970, an estimated 3,000 people were killed in heavy fighting between PLO fighters and the Jordanian army across the country. In the wake of so-called “Black September”, the PLO leadership was forced to leave the country. The offices of the Palestinian parties and organizations have been closed, thousands of Palestinians have been banned from traveling and hundreds have been sent to prison.

It was not until the formal democratization process that began in 1989 that the Palestinians were allowed to resume their political activities within narrow borders. A year earlier, in 1988, King Hussein had officially given up the Jordanian claim to East Jerusalem and the West Bank after 21 years of Israeli occupation. In October 1994, Jordan signed a peace treaty with Israel.

Death of King Hussein in 1999 and succession to the throne

The royal court has dedicated a website to the life’s work of King Hussein I. Two biographies by Avi Shlaim and Nigel Ashton are very informative for assessing the historical significance of King Hussein.

In February 1999, King Hussein I died after a long period of cancer. Actually, his brother – Crown Prince Hassan bin Talal – should have succeeded him. But King Hussein I surprisingly appointed his son Abdullah as heir to the throne a few days before his death. King Hussein had chosen Abdullah’s half-brother Hamza, a son of Queen Nur, to succeed Abdullah II. In 2004, however, King Abdullah II released his half-brother from the line of succession and appointed his own son Hussein (* 1994) as the new heir. Before his death, King Hussein had also decreed that his widow, Queen Nur, would be allowed to bear the title of “Queen” for the rest of her life – even if that meant there would be two queens at court.

Under King Abdullah II, Jordan intensified its relations with the USA, Israel and the EU. In 2003, Jordan actively participated in the American-British war against Iraq – against the will of numerous Jordanians. Jordan also took an active part in the fight against terror of the so-called “Islamic State”. However, following the election of Donald Trump as US President and in the light of the US’s new Middle East policy, the relationship between Jordan and the US has become more difficult. In addition, King Abdullah II is increasingly confronted with social protest: privatizations, subsidy cuts and tax increases have repeatedly led to nationwide unrest for years. So far, Jordan has met these challenges with pragmatism and skillful diplomacy.