Jordan holds a key political position in the Middle East. Because of its geopolitical and strategic importance, the country has been an important partner for Germany for decades. The focus of German-Jordanian cooperation is the water sector. Jordan relies on finance, education and tourism as economic engines.

If you are going to stay in the country for a longer period of time, please be sure to take a look at the regularly updated website of the Federal Foreign Office. Here you will find information on possible mandatory HIV tests, importing a car and detailed customs regulations.

With children in Jordan

The German-English-Arabic language kindergarten WABE opened in Amman in 2017. The facility is a branch of the Hamburg-based company of the same name and follows the principles of Waldorf education. German as a foreign language has been teaching at the Asamiah International School from the 4th and 5th grade since the 2019-2020 school year (see below).

Otherwise there are (yet) no other German-language kindergartens and schools, but there are a considerable number of international schools. Most foreign children attend private English-speaking schools that follow either British or American curricula. The bilingual English-Arabic, ideologically neutral Asamiah International School and the Modern Montessori School are recommended because of their educational reform approach. There is also a relatively new English-Arabic Waldorf school. The (very expensive) American Community School teaches according to American standards. At the Modern American School, in addition to the American, the Jordanian Abitur (taudschihi) can be taken. The British-influenced Hill House Kindergarten is aimed specifically at parents with multilingual children. The very popular International Community School also follows the British model. The French School of Amman is officially recognized by the Ministry of Education in Paris and uses French curricula.

All international schools in Amman are privately financed and cost 7,000-10,000 euros in school fees per year. English-language schools run by Jordan, such as the Amman Baccalaureate School, are somewhat cheaper, but also very popular. The Canadian International School, which offers the International Baccalaureate, is still relatively new. The CIS is not an official Canadian school abroad.

For more information on the subject of children, daycare and school, research on Facebook can also be useful. Many binational and expat families are present on Facebook and have formed thematic groups there that you can join.

Getting used to the new school usually works well, but just going out to play in the afternoon – that’s often difficult for children in Jordan, especially in Amman, where the entire public space is underdeveloped. Parks and playgrounds are missing almost everywhere.

Nevertheless, most families with children in Amman feel very comfortable after a short time. Schools and daycare centers are on average of good to very good quality and due to the full day, the children are mostly busy until evening during the week anyway. The climate is pleasant, and with the appropriate income, you can take advantage of many interesting leisure activities with the children, from a sports swimming pool to painting school to music courses. At the weekend you can either go hiking in the Mediterranean forests in northern Jordan by car within an hour, or in the child-friendly beach hotel on the Dead Sea. In Petra or Wadi Rum, a little further away, many children like to try out camel riding, in Aqaba on the Red Sea they marvel at the corals and schools of fish underwater while snorkeling. 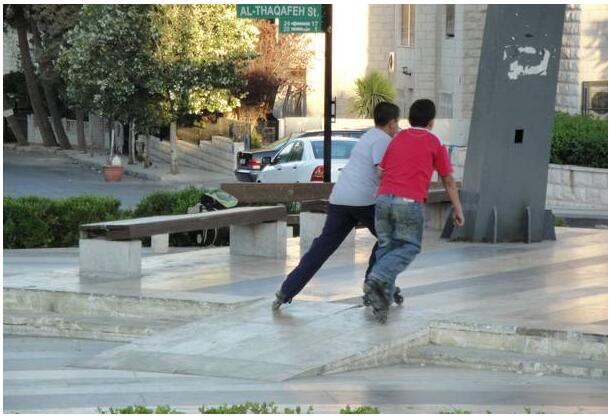 Find peace in hectic Amman In the often hectic Amman, the Jadal Cultural Center is a place where you can relax, meet nice people and where free, critical thinking has its place.

The most important providers – prepaid

According to philosophynearby, if you are only in Jordan for a short time, given the still high roaming prices in Europe, it is worth buying a local prepaid SIM card. To do this, you need an unencoded phone and usually your passport with a valid visa. Current price examples for SIM cards can be found on the websites of the major mobile phone companies. The leading company is Jordan Telecom, which in addition to landline and Internet connections under the name “Orange” also has mobile telephony in its portfolio. “Orange” offers interesting short-term packages for tourists and a wide range. The mobile phone company Zain follows closely behind “Orange”. In addition to fixed contracts, Zain also offers targeted prepaid “visitor” offers that are of interest to all those who are in the country for a limited period of time for work or as a tourist. The purchase of a SIM card costs around 20 JD. Attention: If you want to top up credit and buy the corresponding card or code number, the sales outlets calculate the tax separately. The amount you pay is much higher than the amount shown on the prepaid card. The amount on the prepaid card is decisive for your available balance, not the amount that you actually paid. In the meantime, you often no longer receive a prepaid card, but the telephone dealers top up your credit over the phone or the Internet. Get a receipt anyway.

Mobile with a fixed contract

If you want to take out a permanent mobile phone contract, you need a passport, if possible a bank account and written proof that you live in Jordan (rental contract, employment contract, etc.)