Regardless of whether you are coming for a vacation or to work in the country – take a look at the current pages of the Federal Foreign Office. There you will find information on entry, the current status of pandemic measures (Covid19), possible mandatory HIV tests, importing a car and detailed customs regulations. Also, register yourself as soon as possible on the crisis prevention list of the German embassy in Amman.

Visa directly at the border

Attention: The visa requirements in Jordan are very inconsistent depending on the place and type of entry. and they can change quickly. Current information can be found on the website of the semi-public foreign transport association Jordan Tourism Board (Visitjordan). The visa requirements depend, among other things, on whether you are traveling directly from Israel, whether you are traveling alone or with a group and how many nights you have planned in Jordan.

At the Eilat-Aqaba border crossing (Wadi Araba) and at the crossing to the Israeli-occupied Palestinian territories (West Bank, Allenby Bridge), individual tourists can only enter Jordan if they have already obtained a visa (e.g. in Berlin or at the liaison office in Ramallah). For Participating in organized group tours, special rules apply.

When entering via Aqaba Airport or the seaport of Aqaba, German citizens receive the visa free of charge upon entry. You can use it to travel around the country for a month, but you have to leave the country via the same border crossing or have your visa extended or changed in Aqaba.

At Amman Airport and at the Jordanian-Israeli border crossing King Hussein Border Crossing (on the Israeli side at Bisan / Bet Shean; on the Jordanian side at Tabaghat Fahl / Pella), German citizens can purchase the visa directly when crossing the border, with cash or credit card. The fee is 40 JD each. That is cheaper than with the Jordanian diplomatic missions abroad. If you are traveling with a Jordanian tour operator and stay in the country for at least two nights, the visa fee will be waived. A cheap alternative for individual travelers who stay at least three nights in the country and want to visit various monuments (especially PETRA) is the so-called Jordan Pass.

Warning: Some had already bought a Jordan Pass online when they were surprised by the closings due to the CoVid19 pandemic. On the website, the issuing authorities guarantee that tickets that have already been sold will remain valid for 12 months.

The passport must be valid for at least six months. Children must show their own children’s passport. As part of the tightened security measures, travelers are routinely photographed.

If you arrive at Amman Airport and want to pay the visa in cash in Jordanian dinars, you can exchange your convertible home currency for Jordanian dinars at the bank counter, or you can withdraw JD from the ATM. At the machines you can get JD at the normal daily rate, at the exchange counter the rate is very high (at least 15 percent above the daily rate). Either withdraw Jordanian dinars directly from the machine or, as a precaution, take euros or US dollars with you in small denominations and, if possible, only change the exact amount that you need for the visa at the counter. Otherwise you can lose money. If you are lucky, you can also pay for the visa with your credit card.

After passport control you will find several ATMs in the arrival hall of the airport, where you can withdraw Jordanian dinars with credit cards or debit cards at the normal daily rate. Note: The maximum amounts per withdrawal are relatively low in Jordan (150-250 JD). The fees can get steep.

When entering by land via Israel, the Israeli border authorities levy around 110 shekels (approx. 26 euros) exit tax per person. Unless you are traveling with a bus tour company or with your own car, you must take a bus between the border post in Israel and the border post in Jordan, for which a ticket may have to be purchased (the same applies vice versa).

Cyclists: Individual travelers have reported problems entering Jordan by bike in recent years. Please contact the Jordanian embassy in your country before you intend to enter the country by bike. Attention: As a rule, you are NOT allowed to cover the distance between the border posts by bike. You have to take a bus, the bike has to be stowed in it.

Visa before leaving for Jordan

Certain groups should apply for their visa at the Jordanian diplomatic mission BEFORE leaving the country. This concerns:

According to neovideogames, four weeks after arrival, foreigners in Jordan are obliged to report to any police station and extend their visa. Exceeding the deadline will be punished with a fine. The stay can be extended up to six months, in which case a medical examination is required.

Jordan levies an exit tax. It is 10 JD per person. If fees have not already been paid in advance (as part of the flight ticket purchase), they must be paid upon departure (e.g. when leaving the country by land) You should therefore have enough cash and / or a credit card with you. Convertible foreign currencies can be exchanged at the border. 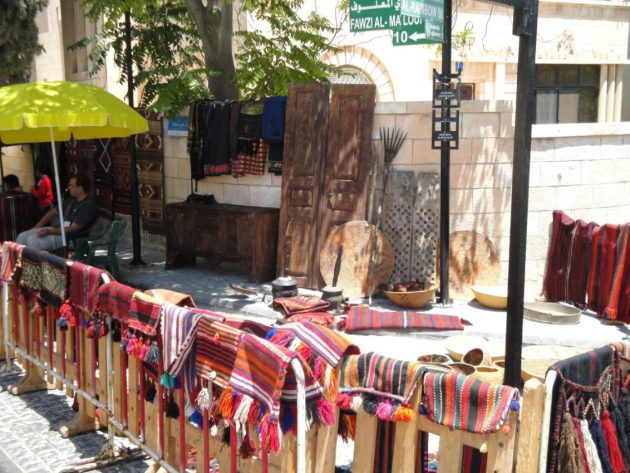