In Jordan there are public schools, private schools and schools of the UN Palestinian Aid Organization UNRWA. The UNRWA schools run up to the 10th grade and are attended by almost 120,000 children. The Ministry of Education is responsible for the supervision of the school system up to the Abitur. The Jordanian school system is based on ten years of compulsory schooling (6 to 16 years), consisting of six years of elementary school (Arabic: ibtida’i), followed by four years of middle school (Arabic: i´dadi). Then, depending on their qualifications, the students can choose between a two-year high school (Arabic thanawi) with a high school diploma (Arabic taudschihi) or vocational training (ta’drib / ta’hil mihani). State primary and secondary schools are free in Jordan. More and more parents are sending their children to paid private schools because they consider them to be of better quality, especially with regard to English lessons.

A study by the Georg Eckert Institute from 2011 describes, among other things, the past and present of the school system in Jordan and analyzes how Jordanians perceive themselves and others in school books.

According to internetsailors, the school system in Jordan is currently under great pressure. Since the Jordanian schools are already being challenged by the rapidly growing young population, more than 200,000 Syrian refugee children of school age now have to be looked after as a result of the Syrian war. The Ministry of Education works closely with the UN children’s aid organization UNICEF. International organizations such as Human Rights Watch criticize the inadequate services for Syrian refugee children in the host countries.

In order to counteract the shortage of skilled workers, the system of vocational training has been reformed and expanded over the past ten years. The responsible organization is the “Vocational Training and Education Corporation” (VTEC). Jordan is cooperating closely with US actors in reforming the education sector. But the sector still has numerous weaknesses. The classes are too big, the teaching methods are authoritarian, the curricula outdated, and there is hardly any further training for the teaching staff. An additional burden results from the fact that the schools of the Palestinian Relief Organization UNRWA, which enjoy a very good reputation, are struggling with increasingly severe financial problems. The class size in the UNRWA schools is sometimes up to 50-60 pupils, lessons in two and three shifts are the rule. In addition, the Jordanian state has so far hardly played a role in pre-school education. There are preschools, but these are usually expensive and only open to a certain class.

The multiple award-winning documentary by filmmaker Yahya Alabdalla, “The Council”, offers a fascinating insight into everyday school life in Jordan and the topic of participation. 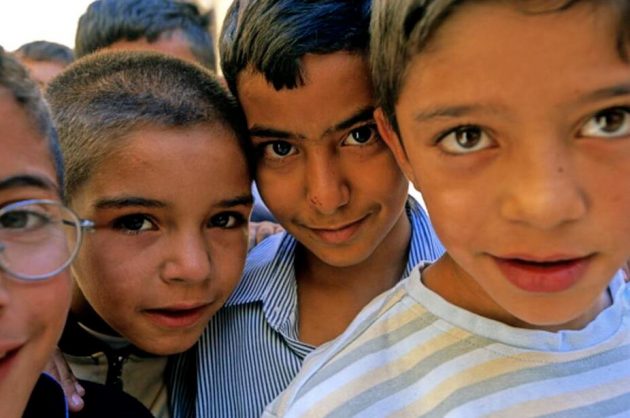 The study places at the state universities are allocated according to a rigid numerus-clausus system: The high school graduates with the highest number of points are allowed to study medical subjects, engineering and computer science, those with the lowest number of points are in humanities courses such as education, literature or law pushed. According to newspaper reports, however, individual students have been able to “help out” with money in the past to get the desired study place.

Various new national and international universities or their branches are an important addition to the educational landscape in Jordan:

The German-Jordanian University is based in Madaba and partly in Amman. It was expanded again in summer 2016. Finally, the international distance learning courses should be mentioned, which are becoming increasingly popular in Jordan because of their lower costs and flexibility in terms of time, such as the Arab Open University.

The German Academic Exchange Service DAAD has its own office in Amman.