According to extrareference, Jordan is committed to the free market economy. However, the designation only applies to a limited extent. Politically motivated high inflows of money from outside, the economic supremacy of the Hashemite royal family, the ramified client and patronage system “Wasta” and subsidies for politically important social groups distort competition. In business life, personal relationships and dependencies are often more important than expertise and business rationality. Many qualified workers can only find suitable jobs with sufficient income abroad. Their transfers (remittances) are vital for many Jordanian families.

In terms of economic policy, Jordan relies on the consolidation of public budgets, avoidance of inflation and integration into the world market. Jordan joined the WTO in 2000. In 2001 Jordan signed a bilateral free trade agreement with the US. The country has been associated with the EU since 2002. In the course of integration into the world market, Jordan has almost completely privatized the former state-owned companies (including the national airline, mining, telecommunications) in recent years. Import duties were reduced and several special economic zones were set up.

Advantages through cooperation with Israel

In the so-called Qualifying Industrial Zones (QIZ) initiated by the USA and Israel, Jordan is allowed to export to the USA at discounted conditions if Israeli companies are involved with a minimum percentage. The model, to which high expectations were attached, seems to have reached its limits to bump. In 2018 there were more and more reports that companies were moving from Jordan to Egypt because energy prices and wages were lower there. In addition, the QIZ have only created a few jobs for Jordanian citizens. Most of the new jobs created so far are said to have been filled by migrant workers from Bangladesh, Indonesia or the Philippines who, according to reports from international trade unionists, work under very poor conditions. Most of the investors in the QIZ are also said not to come from Jordan, but from China, Saudi Arabia and other countries. One reason for this is probably that not a few Jordanian entrepreneurs continue to refuse to do business with Israel. 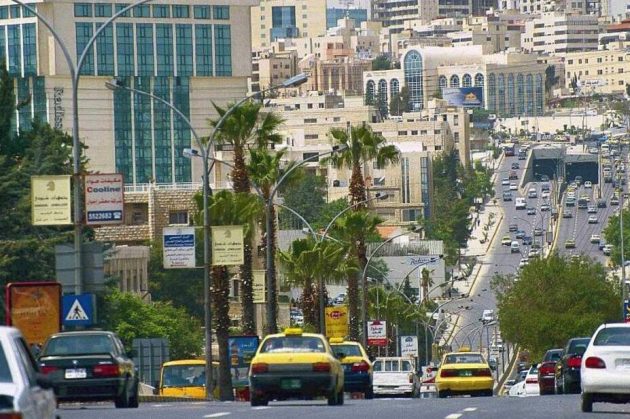 The sector shares in the gross domestic product are difficult to determine in detail, because the Jordanian central bank does not show the data precisely in its reports: According to the most recent published data (from 2016!) Mining / industry are with a total of 26 percent, trade / restaurants / hotels with 10 percent, transport / logistics / communication with 9, agriculture, forestry and fishing industry with 5 percent and the construction industry with approx. 3 percent in the creation of the GDP. The Jordanian Central Bank has so far grouped over 45 percent under “Other”, which makes a realistic assessment of the sector shares difficult. Other estimates come to the conclusion that services / trade / finance in Jordan account for over 60 percent of GDP, mining and industry a good 20 percent, tourism around 10 percent – with health tourism and conference tourism showing particularly high growth rates. The construction industry is likely to have a share of around 5 percent of GDP. Agriculture follows far behind with around three percent of GDP. Despite its small share of GDP, agriculture in Jordan continues to consume over 50% of the available freshwater. An above-average number of people are also employed in the agricultural sector.

Jordan’s energy sector is currently undergoing a profound change towards renewable energies and more self-sufficiency. The country wants to leave its almost total dependence on foreign energy imports behind. By 2022 Jordan wants to secure at least a fifth of its energy needs from domestically produced wind and solar energy.

In addition, the commercial use of the large oil shale reserves is to begin. These stocks have been known for centuries, but for cost reasons they have not yet been mined on a large scale. That should change in the near future.

Until 2014, Jordan obtained a large part of its energy imports from Egypt (natural gas). Repeated terrorist attacks brought these imports to a standstill from 2014 to 2018. Jordan is now getting natural gas again from Egypt, alongside liquid gas from Qatar. The state energy agency NEPCO has also signed various contracts with Israel.

Jordan has few natural resources. Notable raw materials are phosphates, potash (potash salt) and minerals from the Dead Sea, some of which are processed in the country itself to make fertilizers, medicines, cosmetics and cement and exported for profit. The mining of potash and phosphates has damaged the environment and the lowering of the water level in the Dead Sea helped.

In the so-called Qualifying Industrial Zones, the focus is on the textile industry, with the Jordanian factories doing so-called contract processing, for example. This means that jeans are not completely made in Jordan, only certain individual tasks such as attaching buttons or zippers are carried out.

The range of agricultural products is limited. Because of the limited land available for cultivation (less than 3% of the national territory) and because of the nature of the soil, Jordan has to import almost 100 percent of wheat and chickpeas (the basis of the national dishes hummus and falafel). Most of the citrus fruits, tomatoes, cucumbers, olives, strawberries, poultry and dairy products grown in the north and in the Jordan Valley are consumed in the country itself. Surpluses are exported to the EU, Iraq and the Arabian Peninsula.