The export of skilled labor and raw materials, as well as services and tourism, form the backbone of the Jordanian economy. The rapid increase in the resident population poses a major challenge for Jordan because the country has few water resources and is heavily dependent on energy imports (oil, gas).

According to franciscogardening, general data on Jordanian economic development are provided by: The Jordanian Central Bank, the National Statistics Department, the Jordan Strategy Forum with its Economic Dashboard and the monthly investment confidence index (not openly accessible); the German Society for Foreign Trade GTAI and the Jordan country profile of the World Bank. In addition to current situations, the World Bank also presents long-term trends. The Middle East Economic Survey (paid subscription) provides information on developments in the oil and gas industry.

From the Millennium Development Goals to the SDG

Jordan has committed to the Sustainable Development Goals (SDG) and has once again stepped up measures to combat poverty. The coordinating organization is the UNDP (United Nations Development Program). The recent briefing by the UNDP Human Development in Jordan dates back to 2019. Important partners in the so-called poverty reduction in Jordan called “RONGOs” (Royal NGOs), non-governmental organizations who report to members of the royal family. All of these organizations are active in the area of so-called “income generation”. The Jordanian Hashemite Fund for Human Development finances measures for women and young people and in the area of community development; the Jordan River Foundation, founded by Queen Rania, works, among other things, in anti-violence prevention and child protection. The Queen Noor Foundation has launched a micro-credit program, among other things. 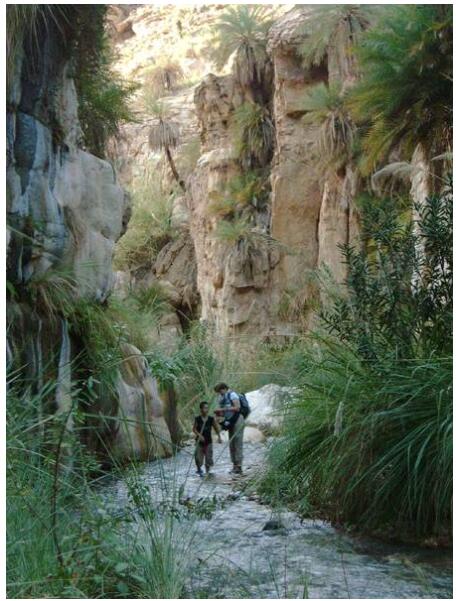 In 2003, the Jordanian Ministry of the Environment was established as the successor to the state environmental agency “General Corporation for Environmental Protection” (GCEP). The GCEP was supported from 1997 to 2006 by the German Society for Technical Cooperation GTZ. (GIZ since January 2011).

The Jordanian Environmental Protection Act has been in force since September 2006. Among other things, it provides a legal framework for national programs for the preservation of water resources, biodiversity and for the fight against desertification.

But Jordan still gets over 90% of its electricity from burning oil and natural gas. There is plenty of wind and sun: converting the domestic hot water supply to solar energy could create jobs and income. Jordan’s wind power potential is estimated at 100 MW. A 1.35 MW wind farm in northern Jordan was supported by the German government and by German wind turbines.

Environmental protection and a say for citizens

Many people feel the consequences of environmental degradation in Jordan every day: food is highly polluted, drinking water has to be pumped to high-altitude settlement areas for expensive money and brought in by tanker. Air pollution leads to respiratory and skin diseases. Waste spoils nature, green spaces are extremely scarce.

But despite the noticeable problems, the state prevented free public debates about environmental degradation and specific environmental scandals for a long time. Established environmental organizations such as the Royal Society for Conservation of Nature (RSCN) and the Jordan Environment Society, while doing a respectable job, were under direct state control. The focus was on educational work with children and adults, resource protection, species protection and eco-tourism.

That has changed thanks to social media, and environmental issues are now treated more politically. The Jordanian section of Greenpeace, founded in 2010, organizes Facebook campaigns against Jordan’s entry into nuclear energy. Other Facebook groups are mobilizing against local environmental scandals, such as the threat of deforestation of the already scarce trees in the Ajloun nature reserve.

The organization FOEME (Friends of the Earth Middle East) works across national borders. In addition to environmental education, the FOEME are committed to the monitoring of environmental laws and regional environmental protection projects, particularly on the subject of water.