Since the early 2000’s, the Islamist political spectrum in Jordan has been in great flux. Salafist currents and groups – politically marginal for a long time – gained influence. Some Muslim Brotherhood switched to Salafist groups, or vice versa.

The Muslim Brotherhood (MB) were not only faced with competition from the Salafists, there were also growing internal tensions and conflicts. One of the main reasons for controversy was Jordan’s relationship with Israel. While some of the Muslim Brotherhood went more and more on a confrontational course, other Muslim Brotherhood pleaded for a more moderate attitude towards peace and the normalization of Jordanian-Israeli relations.

The Salafist trend in Jordan oscillates between apolitical piety, religious welfare and political activism (Hirak) to the violent struggle in Syria and attacks against secular intellectuals such as Nahed Hattar. A few leading Salafists have renounced political Islam and are now promoting secular political ideas. 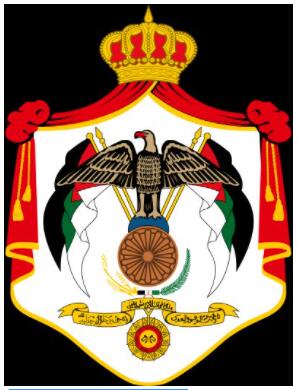 In the 1950’s and 1960’s, the main opponents of the Hashemites were Arab nationalists and Baathists. These groups, like the Palestinian liberation organization PLO, were kept in check with repression and armed violence. From 1992 on, opposition parties critical of the system were also re-admitted to a small extent as part of the political liberalization process. Most of these parties, however, were so small and fragmented that they were barely able to have any real impact on the population. Right now, leftists and Baathists are largely politically insignificant. Some have found a home in the liberal-secular camp, but this too has little political influence. The secular alliance “Ma’an” won only 2 out of 130 seats in the most recent general election (2016).

An important domestic opponent of the ruling Hashemites are the professional associations dominated by Islamists, left nationalists and independents, among whose ranks numerous opponents of the Israeli-Jordanian peace treaty and what they call “normalization” can be found. Numerous members of the so-called “anti-normalization committee” were recruited from the professional associations (the engineering association is very politicized), but it has become quiet lately. The Anti-Normalization Committee has repeatedly called for the boycott of local and international companies that work with Israel. The activities of the committee are often not approved by the Jordanian authorities.

It remains to be seen whether the Muslim Brotherhood will be able to maintain its strong position in the professional associations in the long term. In the spring of 2018, the Muslim Brotherhood lost leadership in the Jordanian Teachers’ Association after decades. Political observers and journalists like Daoud Kuttab see this as the possible beginning of a turning point in Jordanian politics.

According to constructmaterials, the majority of Islamists in Jordan are betting on the “march through the institutions”. A numerically small minority is willing to implement political goals by force.

Some particularly radical Islamist groups in Jordan regard the current governments of the Arab countries as puppets of the West (USA). Its goal is the establishment of an Islamic state in which the Sharia not only determines family, marriage and inheritance law, but should also shape all areas of daily life and applicable law (including criminal law and commercial law). They also demand that the Jordan-Israeli peace treaty be terminated and that cooperation with Israel, the US and other Western allies be abandoned.

Terrorist attacks were hardly an issue in Jordan itself for many years. However, some of the leading figures in international Islamist terrorism came from Jordan. They include Abu Mus’ab Az-Zarqawi, who was killed in 2006, a violent religious and political extremist from the Bani Hassan tribe from the city of Zarqa. In the 1990’s, Zarqawi was imprisoned in Jordan for activities that were dangerous to the state. After being released under an amnesty and exiled from the country, he was initially in Afghanistan. Az-Zarqawi had been operating from Iraq since the 2000’s. As a fighter in the ranks of Al Qaeda, he was responsible, among other things, for the sadistic slaughter of foreign hostages. In 2005 he struck in Jordan. AtBloody attacks on three hotels in Amman on November 9, 2005 killed at least 57 people and injured over 300. In 2006, a few months after the Amman attacks, Az-Zarqawi was shot dead by the US military in Iraq.