The Republic of Ireland is located on the island of the same name in the Atlantic Ocean west of Great Britain, separated from it by the Irish Sea. With a national area of ​​70,284 km², the Republic takes up about five sixths of the total island area. In the north, the state borders on Northern Ireland, which is part of Great Britain. The Irish name Eire for Ireland comes from the Celtic (Erin) and means something like grassland. See Ireland country abbreviation.

The majority of Ireland consists of the Irish lowlands, which extend from the west to the east in the central area of ​​the island and are characterized by numerous lakes and extensive marshes. The largest lake with an area of ​​181 km² is the Lough Corrib in the west of the country. The 361 km long Shannon is the longest river in Ireland and flows through the lowlands from north to south and flows into the Atlantic.

Three mountain formations border the lowlands: in the north, the foothills of the Caledonian Mountains form the Northern Irish Highlands, of which only the northwest belongs to the Republic. South of the capital Dublin are the Wicklow Mountains, which are just over 900 m high and extend south along the east coast. The mountain range in the southern part of the island belongs geologically to the Armorican mountain system, with the Carrantuohill at 1,041 m as the highest elevation in the country.

The coastline is over 3,200 km long and particularly structured in the west and is rich in bays (e.g. Donegalbai, Galwaybai).

The balanced oceanic climate of Ireland is shaped by the west winds from the Atlantic Ocean and by the influences of the Gulf Stream. The hallmarks are cool summers and mild winters: average temperatures in Dublin on the country’s east coast are around 5 °C in January and around 15 °C in July. Precipitation decreases from west to east. While an average of up to 3,000 mm per year is measured in the west, it is only around 760 mm on the east coast. Heavy storms often occur in the west and northwest of the island.

Ireland is also called the “Green Island”: more than half of the country consists of meadows and pastures. While the original vegetation was characterized by deciduous forests, today only 5% are covered by forests (oak, birch, alder, willow). A diverse floral world grows in the extensive Irish moorland, for example wild thyme, bell heather, swamp heart leaf and various carnivorous plants such as sundew.

In contrast to mammals, bird life is extremely diverse, especially among seabirds. Examples include the curlew, oystercatchers, puffins, gannets and cormorants. The golden eagle is considered extinct. There is only one lizard species on the island of reptiles.

The population of the Republic of Ireland is said to be 4.04 million. About a quarter of them (one million) live in the greater Dublin area on the east coast of the island. With a population density of around 57 residents per square kilometer, the Republic is one of the most sparsely populated European countries.

According to COUNTRYAAH, 95% of the residents are Irish, and small minorities of English, Welsh and Northern Irish also live in the country. However, since the EU enlargement and as a result of migration from non-European countries, the proportion of foreigners has increased rapidly. Especially people from Poland, the Baltic States, China, the Philippines and Nigeria are flocking to the country. Over 86% of the population belong to the Roman Catholic Church, which still plays an important role for the people of the country. In addition to English, Irish (Gaelic), which is one of the Celtic languages, is the second official language of the Republic.

It was not until the 1970s that the population of the republic rose above the three million mark. After the Second World War, a large wave of emigration depopulated the country, the preferred destination was neighboring Great Britain. As early as the 19th century, famines and a subsequent large wave of emigration had led to the decimation of the island’s population. Today population growth is 2.6%, which is also due to the relatively high immigration rate. A baby born in Ireland today has a life expectancy of 77.5 years. The literacy of the population is almost complete. 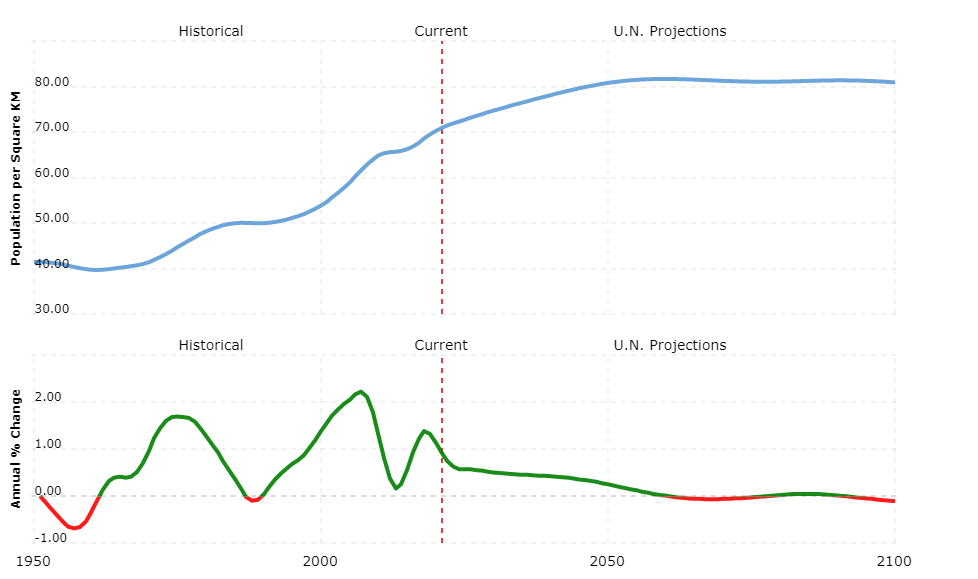 Ireland is a parliamentary republic based on the constitution of 1937. The head of state is the President, who has been directly elected by the people for seven years (since 2011 Michael D. Higgins). He appoints the Prime Minister on the proposal of the House of Commons (Enda Kenny since 2011). The cabinet is also appointed by the president after the prime minister proposes the ministers and the parliament has given its consent.

The legislature lies with a bicameral parliament (Oireachtas), consisting of the lower house (D¨¢il Éireann, 166 MPs, directly elected for five years) and the Senate (Seanad Éireann, 60 MPs, eleven of whom were appointed by the Prime Minister) rest of the universities and five electoral colleges are elected for five years). The main political parties in the Republic of Ireland are the liberal-conservative Fine Gael (Irish family, FG), the Labor Party, the Green Party (GP), the national-conservative, Republican Fianna F¨¢il (Soldiers of Destiny, FF) and the Republican Sinn F¨¦in.

The supreme judicial body is the Supreme Court in Dublin.

Ireland is divided into four provinces with 26 counties and four county boroughs.

Since joining the EU in 1973, Ireland has transformed from an essentially agricultural society into the “Celtic Tiger”, a modern, technically sophisticated economy, which has been supported by tax incentives for foreign investors and EU funding. The global financial and confidence crisis of 2007/2008 did not stop at Ireland either. The badly hit Irish banking system became a risk factor for euro area stability in 2010. In November 2010, Ireland received a support package from the EU and the International Monetary Fund, which included a government finance consolidation program. Thanks to a continued austerity policy, the country successfully returned to the capital market in early 2013. For 2012, Ireland saw slight GDP growth of 0.9%. However, unemployment remained at a record level of just under 15%.

The contribution of the agricultural sector to gross domestic product (GDP) has now dropped to 1%. Livestock farming is of great importance, almost 85% of the agricultural area is used as pasture. Due to the mild climate, the animals can be kept outdoors all year round. Large surpluses are generated in dairy farming and sheep farming. Mainly potatoes, sugar beets and barley are grown (as feed and as a base for brewing).

32% of GDP is generated by industry, especially in the areas of steel, zinc, silver, gypsum and barite processing and aluminum smelting, food processing, chemical industry, mechanical engineering, shipbuilding and vehicle construction as well as software development. The main export is to the USA and within the EU. The country’s energy needs are covered by oil, natural gas and coal, but its own resources are not sufficient.

Ireland has a well-developed infrastructure with around 3,300 km of rails, 96,000 km of roads and numerous ports. International airports are in Dublin, Carrickfinn, Farranfore, Shannon, Galway, Cork and Knock.