Iran borders seven other countries: Iraq and Turkey in the west, Armenia and Azerbaijan in the northwest,Turkmenistan in the northeast, Afghanistan and Pakistan in the east. With an area of ​​around 1,645,000 km², the country is one of the largest states in the Persian Gulf and about three times the size of France.

The majority of the country’s surface is a semi-arid highland (heights up to around 1 220 m), which is surrounded by mountains. In the north, parallel to the lowlands on the coast of the Caspian Sea, the Elburs Mountains with some active volcanoes, the highest mountain is the Demawend at 5,671 m. The Sagros Mountains are in the west and southwest. This mountain range continues to the southeast in the mountainous countries of Mokran and Baluchistan. In the middle of the country there are two large deserts: the Lut desert and the Great Salt Desert. Both are extremely dry, only in the winter half year a few smaller rivers flow into the Great Salt Desert. Only the Karun river basin in the southwestern province of Khusistan is considered fertile land, one of the few so-called permanent rivers in the country that carries water all year round.

The climate in Iran is essentially continental with large seasonal fluctuations in temperature. Mediterranean influences are noticeable in the north and west, monsoons in the south. The mountain regions and plains of the north have rainfall all year round, while in the west and northwest it rains only in the winter half-year. In the desert areas there is only approx. 100 mm of precipitation annually, while in the coastal lowlands on the Caspian Sea there are around 1 300 mm.

The vegetation in the dry areas is extremely sparse, with deserts and semi-deserts predominating. Wet and deciduous forests can be found on the coasts of the Caspian Sea with relatively high rainfall. The northern slopes of the Elburs Mountains are covered with oak and beech.

Iran has a diverse wildlife, parts of the country have been designated as nature reserves. For example, the Asian wild ass, dromedaries and the desert jumping mouse live well adapted to the desert regions. A large number of water birds can be found on the coasts of the Caspian Sea. In addition to wolves and badgers, brown bears also live in the mountain forests.

The country has seen the rise and fall of many cultures and peoples over millennia. The Medes, the Persians, the Greeks, the Parthians and other peoples took turns. Today, a good half of the Iranian population – out of a total of around 68.02 million people – are Persians. There are also minorities such as the Azerbaijanis, Gilans, Masandarans, Kurds, Arabs, Luras, Baluchis and Turkmens. Almost 10% of the population still live completely or at least partially nomadic (tribes like the Bachtiaren or Luren). Over half of the Iranians live in cities. The capital Tehran with approximately 7.1 million residents, it is the largest in the country, while other major cities are Meshed (2.3 million), Tabriz (1.4 million) and Isfahan (1.5 million). Outside the cities, the lowlands along the Caspian Sea are the most densely populated. The two large deserts (Lut and Large Salt Desert) are practically uninhabited.

According to COUNTRYAAH, 90% of the Iranian population are supporters of Islam Shiite, which has been the state religion since the 16th century: Most Shiite Muslims in the world live in today’s Iran.

Since the 1979 revolution, all contraceptives have been strictly prohibited under the threat of severe penalties; population growth in 2005 was nevertheless quite moderate at an estimated 0.86%, which is also due to the strict rules of Islam. The average life expectancy is 70 years. Elementary school is compulsory for children aged six to eleven. Religious content usually precedes secular content in the curricula; around 79.5% of Iranians can read and write. 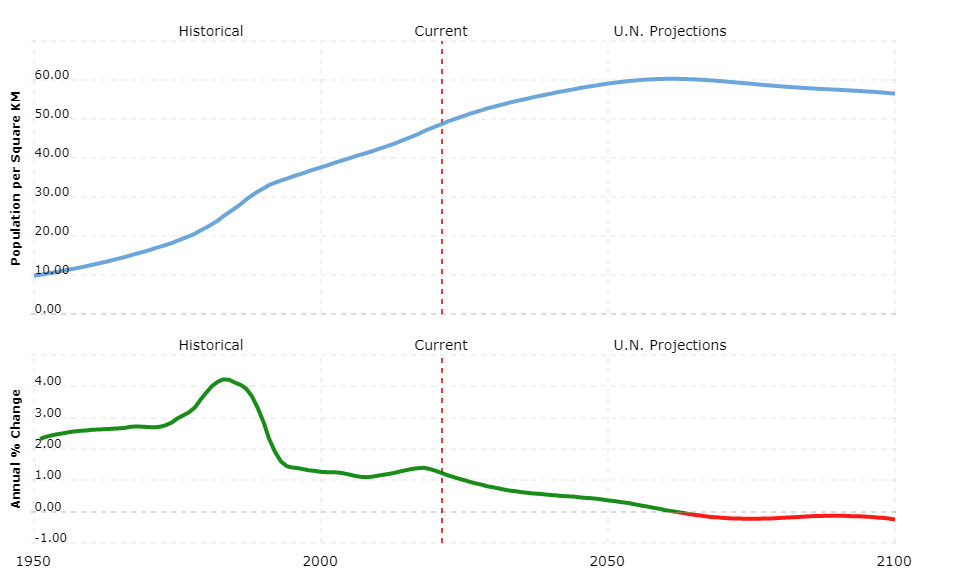 According to the 1979 constitution, Iran is an Islamic republic: all social, economic and political matters must be based on the ethics of the state religion, Shiite Islam. According to the constitution, the religious leader (ayatollah), who is elected for life by an expert council, who is also called the revolutionary leader, is also the head of state (Ali Khamenei since 1989).

The President (Head of State and Government), on the other hand, is freely elected as head of the executive branch, as are the 290 members of the unicameral parliament (Islamic Council, Majlis), each for four years (since August 2013, Hassan Rohani). It has to be confirmed by Parliament and the religious leader. The ministers proposed by the president must be confirmed by parliament. The religious leader also has a veto right to fill executive positions in the main ministries.

Legislation lies with the Islamic Council, but is subject to the approval of a so-called Guardian Council, which consists of six Islamic legal scholars appointed by the revolutionary leader and six lawyers elected by Parliament. All laws must comply with Islamic law, Sharia law. The so-called Arbitration Council (appointed by the religious leader) acts as a mediating body in the legislative process

The highest legal institution is divided into three courts: for religious, revolutionary and administrative questions.

Iran is divided into 31 provinces (ostanha).

The most important economic sectors in Iran include the oil and gas industry, petrochemical industry, agriculture, metal industry and automotive industry. Inflation is a high 45%, unemployment is 35% (high youth unemployment and underemployment). Another problem is the inefficient, costly government administration. The industrial sector is dominated by state ownership and intervention in all areas. A high percentage of the economic gains flow into the development and purchase of weapon systems, so that despite the high income from oil exports, around half of the population lives below the poverty line.

The yields from agricultural use are too low to feed the rapidly growing population. Despite extensive irrigation, good soil is scarce. Agriculture is almost only possible in the northwest of the country. Rice, wheat, cotton, sugar beet, nuts, citrus fruits and tea are grown (in the lowlands on the coast of the Caspian Sea). In other parts of the country, especially grain and tobacco (Azerbaijan) are grown.