The Republic of Indonesia is located in Southeast Asia and consists of over 13,600 islands, some of which are inhabited, the remains of a land bridge between Asia and Australia, which broke in geological times. The archipelago stretches from the island of Sumatra in the west over 5 100 km to Papua (formerly Irian Jaya; western part of New Guinea) in the east. See Indonesia country abbreviation.

Geologically, the Indonesian territory can be divided into three large areas: The western part with Borneo and the entire southern chain of islands from Sumatra in the west to West Timor in the southeast belong to the so-called Sunda shelf, a largely flooded continuation of the Asian continent. New Guinea and the Northern Moluccas are part of the Sahul Shelf, the northern extension of Australia. In the middle are Sulawesi (Celebes) and the southern Moluccas, which belong to a long mountain range that extends to the Philippines. To date, there are countless active volcanoes on the islands, and eruptions and earthquakes are always killing new people.

On Borneo, with almost 755,000 km² the third largest island in the world, the province of Kalimantan in the south belongs to Indonesia, the rest of the island area to Malaysia. The western part of the island of New Guinea, Papua (formerly Irian Jaya) is now a special region of Indonesia; the eastern part belongs to Papua New Guinea. New Guinea has the highest peak in Indonesia, the Puncak Jaya at 5,030 m. The capital of Indonesia,Jakarta, has over 9 million residents and is located on the mountainous island of Java. Java is the most densely populated island in the world: 1 125 km long and 65 to 200 km wide, more than 107 million people live here, which is almost 60% of the total population of Indonesia. The island forms the core economic area of ​​Indonesia: In addition to the fertile lowlands on the north coast, there are rich mineral resources and a well-developed infrastructure. The third largest island in Indonesia is Sulawesi (Celebes), which lies between Borneo and the Moluccas. Around 12.6 million people live on just under 190,000 km². The island’s mountain ranges with numerous active volcanoes reach heights of up to 3 500 m.Almost 37 million people live in Sumatra on an area of ​​approx. 425,000 km². The Barisan Mountains rise from the swampy lowlands in the east with ten active volcanoes. Sumatra is also home to the largest lake in Indonesia (Lake Toba), one of the largest volcanic craters in the world.

Although the entire archipelago is close to the equator, the climate on the individual islands is different. The four large islands of Borneo, Sumatra, Sulawesi and Java, numerous smaller islands and Irian Jaya (West Guinea) have a tropical monsoon climate, which in some areas brings very different amounts of rain, which are often distributed throughout the year. Rainfall generally decreases to the east. There are high temperatures all year round, snowfalls are only known in the high altitudes above 5,000 m in Irian Jaya.

Around a quarter of the islands are of volcanic origin and have very fertile soils. Marshy lowlands with numerous waters and dense mangrove vegetation are found mainly in southern Borneo and eastern Sumatra. Large parts of the islands are covered with forests (tropical rainforest) that have already been largely decimated by deforestation and by devastating forest fires (eg 1997 and 1999). Savannas and steppes can be found on the smaller islands in the east.

There is a large biodiversity in Indonesia, the origins of which can be found in Asia and Australia (marsupials such as the Sulawesi Koala). The British zoologist Alfred Wallace divided the animals of the Malay Archipelago into an Asian and an Australian empire through the so-called Wallace Line between Bali and Lombok in the 19th century. Many of the animal species are endemic, which means that they only occur in this region worldwide. For example the Sumatran rhinoceros, the Sumatran elephant (both species threatened with extinction) or the leprechaun makis on Sulawesi. Another endemic animal species is the Komodo dragon, a lizard species up to 3 m long and weighing 250 kg, which only occurs on the island of Komodo and the directly neighboring islands. Animal species like the hammer chickens use the volcanoes that have not gone out, by burying their eggs in the hot volcanic ash and letting them hatch there. Birdlife is also unique in Indonesia: around 1,480 species have been counted (including the colorful birds of paradise), which corresponds to 16% of all bird species worldwide.

With an estimated 241.97 million residents, Indonesia has the fourth largest population worldwide, and it is growing by a further 1.1% annually. It is made up of more than 300 ethnic groups. The largest population group are the Javanese (almost 45%), followed by the Sundanese, Maduresen, Balinese and Minang. The largest minority are approximately 4 million Chinese.

There are a variety of languages ​​and dialects, 15 different languages ​​are used in Sumatra alone. The official language is Bahasa Indonesia, a modified form of Malay, the commercial language is English. Many residents also speak Dutch. According to COUNTRYAAH, 90% of the population are Muslims, with Islam in Indonesia strongly influenced by Buddhism and Hinduism. Since Islam took over Java in the 16th century, Bali has been the center of the Hindu movement in Indonesia.

Since the end of the 1980s, all children from seven to 13 years old have had to go to school, there are 49 state universities and several private colleges. The literacy rate is 88%. The average life expectancy is just under 70 years. 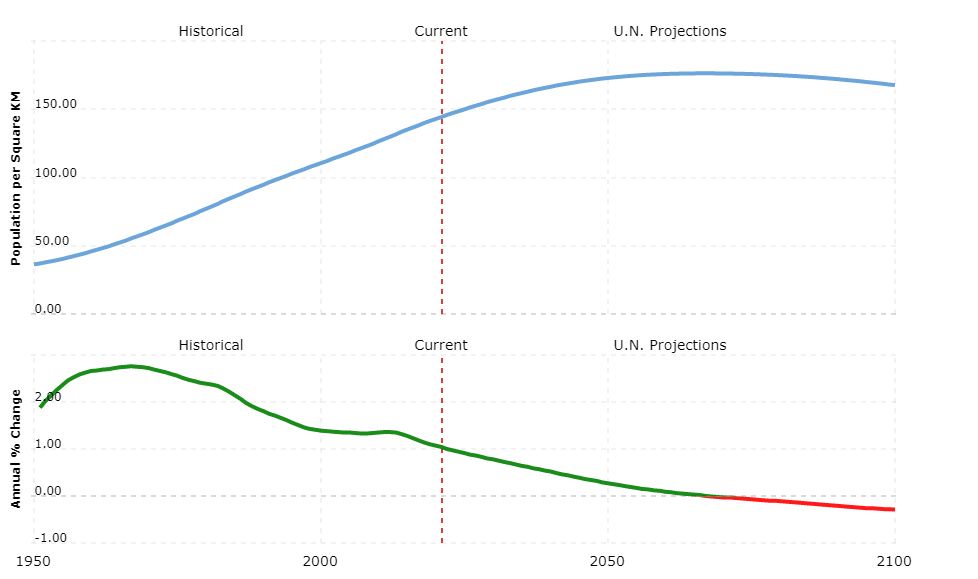 Indonesia has been a presidential republic since 1945. The President (Susilo Bambang Yudhoyono, since October 2004) is the owner of the executive and heads the cabinet he has appointed. He is directly elected by the people for five years.

The 560 members of parliament (Dewan Perwakilan Rakyat, DPR) are also elected for five years in the constituencies. There is also a regional chamber (Dewan Perwakilan Daereah, DPD) (newly formed in 2004) with 132 members, in which the 33 provinces of the state are represented with four members each. The constituent assembly unites the members of both institutions and can decide on constitutional changes, impeachment and the appointment of the president.

Indonesia is divided into 30 provinces plus two special regions and the capital district.

Indonesia has opened up to international trade in recent years and liberalized large areas of its economy. However, the economy is still heavily influenced by the government, and some large companies are state-owned.

36% of the workforce in Indonesia is employed in agriculture. The main food is rice, which is mainly grown on Java, where the favorable climate enables three harvests a year. Grain, soy, spices, peanuts, rubber, tea and coffee are also grown. The increasing demand for wood and the cultivation of oil palms for the extraction of biofuels are causes of the continued deforestation and slash and burn.

The industrial companies are mainly based on Java. Important branches of industry are the food and luxury food industry as well as the textile, synthetic fertilizer, wood, paper, tire and leather industries. Indonesia is rich in natural resources. Tin, nickel, bauxite, copper and ores are mined. Natural gas and coal generate important export earnings, and oil has to be imported recently due to falling production volumes. The goods are mainly exported to Japan, the USA, China and Singapore. Imports – machinery, chemical products, fuels and food – also largely come from Japan, China, Singapore and Thailand. The ASEAN Free Trade Agreement entered into force in 2002.

Indonesia has four international airports (Java, Bali, Lombok, Sulawesi), a well-developed road network is only available in Java and partly in Bali. The main means of transport between the islands is by ship.