The Republic of Iceland (Lýdveldid Iceland) or the island of Iceland forms the westernmost part of Europe and lies around 300 km from Greenland and 800 km from Scotland in the Atlantic Ocean. With an area of ​​103,000 km², Iceland is roughly the size of the two German states of Bavaria and Baden-W¨¹rttemberg combined.

The island is a part of the Mid-Atlantic Ridge that rises above sea level, a zone that was created by the drifting apart of the American and Eurasian and African plates. As with other plate boundaries of this type, it is a zone of intense tectonic activity: Iceland is made entirely of volcanic material. There are over two dozen active volcanoes and a large number of hot springs, geysers and solfataras (points of exit for hydrogen sulfide-containing water vapors). Earthquakes are a common occurrence.

Only a quarter of the area of ​​the mountainous island is less than 200 m, dominated by plateaus and volcanoes.

In the south and southwest of the island there is a flat, wide coastal plain with gravel fields reaching far into the hinterland. The coasts in the west, north and northeast of Iceland are partly steep and rugged and characterized by wide bays and fjords that cut deep into the mainland (eg Breidafjord: 63 km wide, 110 km long). The capital Reykjav¨ªk is located in the west of the island in Faxa Bay.

About a tenth of the country’s surface is taken up by glaciers. With an area of ​​around 8,455 km2, Vatnajökull is the largest glacier in all of Europe. Hvannadalshn¨²kur is the highest mountain in the country with around 2 119 m.

The largest lake in Iceland is Thingvallavatn, located to the east of Reykjav¨ªk, with an area of ​​approx. 84 km². The rivers on the island have many waterfalls (eg Dettifoss 44 m), the longest river is the Thj¨®rs¨¢ with a length of around 230 km.

The cool, temperate climate of Iceland with short, cool summers and mild winters is determined by an extension of the Gulf Stream.

Average temperatures in the capital, Reykjav¨ªk, are around freezing in January and 11 °C in July. This results in an average annual temperature of approx. 5 °C (in Nome in Alaska on the same latitude it is 3 °C).

Average annual precipitation decreases from south to north (Reykjav¨ªk 860 mm, Akureyri 470 mm). The driest areas of the island with values ​​of around 300 mm annually are on the north coast or inland.

Before human settlement, around 20% of the island was covered by forests; due to clearing, overgrazing and ash and sulfur rain as a result of volcanic eruptions, today it is only around 2% (especially birch and willow). It is dominated by tundra vegetation, which consists of mosses, grasses and lichens. Other forms of vegetation are low moor meadows and dwarf shrub heaths. A rarity among flowering plants is the Arctic Willowherb, which does not occur in any other European country.

The only domestic land mammal is the arctic fox, while reindeer, mice, cats and dogs were introduced. Icelandic ponies have been bred on the island since the Middle Ages and are known for their robustness. Some herds live semi-wild on the island. The bird life is very diverse, on the partly inaccessible coasts live sea eagles, puffins, gannets and fulmars. In the highlands you can find Odin’s Chicken, Snowy Owls and the rare Gyrfalcon. Lake Mývatn in the northeast of the island is one of the largest breeding grounds for a wide variety of ducks. The island’s inland and coastal waters are rich in fish.

A population of 318,000 results in one of the lowest population densities in Europe. The structure of the population is very homogeneous: 96% are Icelanders, smaller minorities are Danes, Americans, Swedes and Germans. According to COUNTRYAAH, almost 97% of the population belong to the Evangelical Lutheran Church. The official language is Icelandic.

While around 80% of the population still lived in rural areas at the beginning of the 20th century, almost the entire Icelandic population (90%) now lives in cities. The most populous settlement is the capital Reykjav¨ªk with around 119,600 people.

The social and health care system in Iceland is very well developed and life expectancy is very high in a global comparison (women 82.3 years, men 78.1 years). Population growth is around 0.9%. Education is very important in Iceland; literacy is extensive thanks to a ten-year comprehensive school. 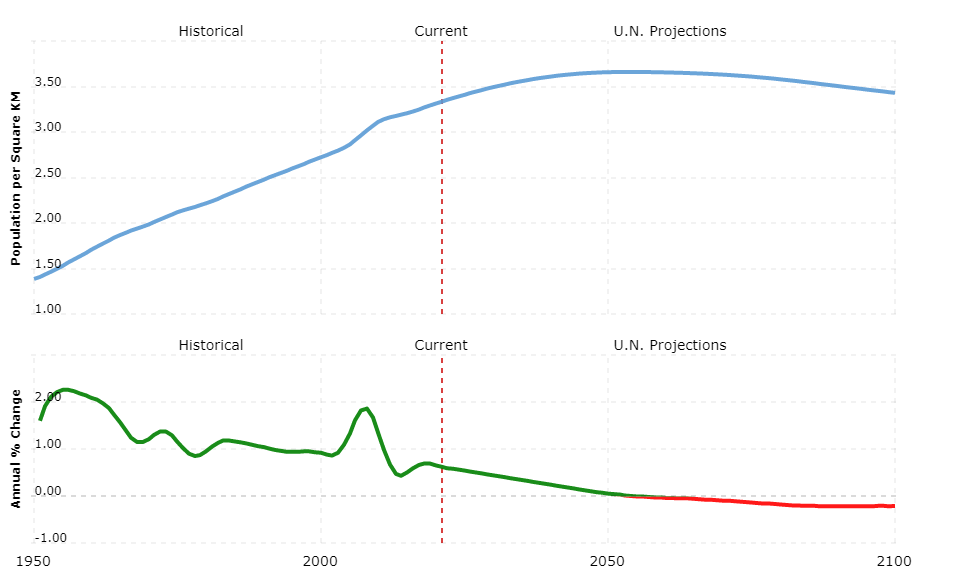 Iceland is a democratic-parliamentary republic according to the constitution of 1944. The head of state is the President, elected directly by the people for four years (since 1996 Ólafur Ragnar Grimsson), who is also the head of the Evangelical Lutheran State Church. He appoints the Prime Minister as head of government (Sigmundur Dav¨ªð Gunnlaugsson since 2013).

The legislative branch is Althing, one of the oldest legislative assemblies in the world. The 63 members of the Althing are elected by the people for four years (proportional representation). Significant parties are the Independence Party, the Social Democrats, the Progress Party and the Left Greens.

Iceland is divided into eight regions.

The global financial crisis hit Iceland hard and led to the collapse of the Icelandic banking system in 2008. The country threatened by national bankruptcy received international financial aid. The International Monetary Fund (IMF) ended its program in summer 2011. In 2012, gross domestic product (GDP) was positive for the second time in a row (+ 1.6%). Unemployment was 6%.

Fishing, fish processing and the export of fish are gradually becoming less important than industry and services. Livestock farming predominates, especially sheep farming and cattle breeding and dairy farming. Less than 1% of the country’s area is used to cultivate potatoes and beets, and vegetables and fruits are grown in greenhouses that are heated by hot springs. Agriculture employs around 6% of the total workforce, and a good 7% of GDP is generated here.

The energy industry and energy-intensive industries, especially aluminum production with inexpensive electricity from hydro or geothermal power plants, were expanded. The electricity is generated 100% from renewable energies. Other branches of industry are machines and equipment for the food industry, IT / software, medical and pharmaceutical products. Tourism continues to grow in importance. Around 650,000 visitors come every year to enjoy the original landscape.

The main exports are to the Netherlands, Germany and Great Britain.

The largest international airport is at Keflav¨ªk near the capital, Reykjav¨ªk. The infrastructure outside the cities is not very well developed; Of the approximately 13,000 kilometers of road, only 4,300 are paved and can therefore be used all year round.

The currency is the Icelandic krona (= 100 Aurar).