The Republic of Hungary is a European landlocked country in a mountain valley that belongs to the Pannonian Basin. With an area of ​​93.032 km², the country is slightly larger than the neighboring country Austria, to which it borders in the west. The border with Slovenia also runs in the west, Croatia and Serbia in the south.Hungary borders Romania in the east and Slovakia in the north.

More than two thirds of the country’s surface is below 200 m above sea level. The Carpathian Mountains delimit the valley to the north and east, the Dinaric Mountains to the south and the Alps to the west. The Great Hungarian Lowlands (Alföld) in the south and east of the country occupies more than half of the state territory with around 50,000 km². To the west of the Danube, which flows through Hungary over a distance of around 420 km from north to south, the landscape is characterized by hills and mountains. The Hungarian Central Mountains are separated by the Danube into a western part, the Transdanubian Central Mountains (Bakony Forest, Vertes, Gerecse, Pilis Mountains), and an eastern part, the Northern Hungarian Central Mountains (Börzsöny, Cserh¨¢t, M¨¢tra, B¨¹kk Mountains). The highest elevation in the country, the K¨¦kes, is 1, 015 m high in the M¨¢tra Mountains.The Little Hungarian Lowlands (Kisalföld) are located northwest of the low mountain range. South of the Transdanubian low mountain range is Lake Balaton, which is the largest lake in Central Europe with an area of ​​592 km². Mezoföld, a fertile loess plain, read between Lake Balaton and the Danube. In the south-west of the country, between the Danube and the Drau, read the Transdanubian hills, which in the south merge into the Mecsek Mountains in the south (up to 680 m).

The capital Budapest is located in the north of the country on the Danube, the largest river in Hungary, which is navigable along its entire length. Other important rivers are Raab and Tisza, both are tributaries of the Danube.

The climate in Hungary is continental, with temperature fluctuations increasing and precipitation decreasing from west to east. January mean values ​​of -1 °C are measured in the western regions of the country, and around 19 °C in July. In the southwestern part of the Great Hungarian Lowlands (Alföld) the January average is -4 °C, in July 22 °C. The average rainfall here is 500 mm per year, and droughts can occur in summer. Up to 800 mm are measured in the west.

Only about 20% of the country’s territory is forested. Larger forest areas are mainly to be found in the west of the country, the most common tree species in the lower areas are oak and ash, in the higher areas of the low mountain ranges mainly beech, maple and birch occur. Sweet chestnuts and mulberry trees are found in the southwest (Transdanubian hills). In the Hungarian lowlands Alföld and Kisalföld there is grass-covered steppe (puszta), which was created by clearing the original oak forests. Much of it is now used intensively for agriculture. The few remaining forests consist mainly of poplar, oak, ash and elm.

The wildlife of Hungary has many of the typical Central European species. These include deer, deer, wild boar, mouflon, rabbits, foxes and martens. A specialty are the otters living on Lake Balaton and the beavers resettled on numerous rivers. The bird life is rich in species, in wetlands there are, for example, cranes, herons (great egrets on Lake Balaton), ibises, cormorants and numerous types of ducks. Hawks, pheasants and quail live in the steppe-like landscapes in the east of the country. The great bustard as a typical steppe dweller has become rare.

Around 10.91 million people live in Hungary. The average population density is 117 people per square kilometer. The largest metropolitan area is the capital Budapest, which is by far the largest city in Hungary with approximately 1.73 million residents. The second largest city is Debrecen (population 215,000). Overall, around 65% of the population live in cities. Since the end of the First World War, when the Hungarian territory was reduced by two thirds, around 93% of the total population has been Hungarians (Magyars). According to COUNTRYAAH, the largest of the 13 recognized minorities are the approximately 60,000 Germans and the approximately 100,000 Slovaks. Other minorities are southern Slavs (Croatians, Serbs, Slovenes) and Romanians.In addition, around 500,000 Sinti and Roma live in the country. Population growth has been declining since the early 1980s.

The official language Hungarian is one of the Finno-Ugric languages, as foreign languages ​​German and English are common. Over 64% of the total population belong to the Catholic Church, around 23% are Calvinists. Religious minorities are Lutherans, Jews, Orthodox and Muslims.

The standard of living in Hungary was already relatively high at the time of the former Eastern Bloc. The social security system and healthcare are well developed. Life expectancy is 72 years. School attendance is compulsory for children between the ages of six and 16, and there are numerous secondary schools and training centers available. The literacy rate is 99.5%. 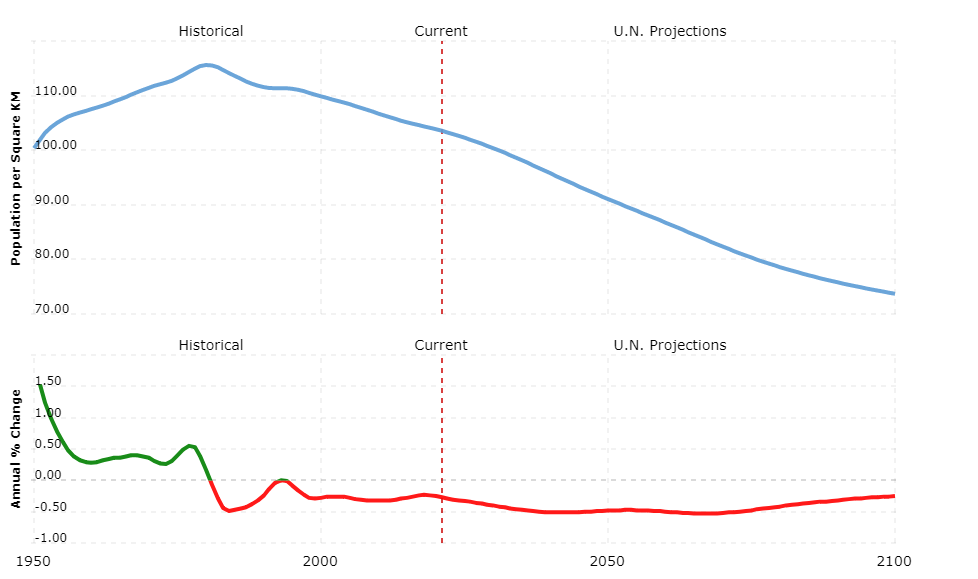 According to the constitution of 2012, Hungary is a parliamentary republic with a multi-party system and separation of powers. The head of state is the president elected by parliament for five years (since May 2012 J¨¢nos Áder), who has predominantly representative tasks. However, he has a suspensive veto right over the laws of the National Assembly and can make legislative proposals himself. The Prime Minister (since May 2010 Viktor Orb¨¢n) as head of the government heads the Council of Ministers and is also elected by Parliament.

The people’s representation (Orszaggyules) consists of a chamber with 386 deputies who are elected by the people for four years.

Hungary is divided into 19 counties and the capital Budapest. There are 24 cities with county rights within the counties. In 1999, the country was also divided into seven regions.

In Hungary the transition from the socialist planned economy to the free market economy was easier than in the other former Eastern Bloc countries, since the country already had a relatively liberal economic system in the socialist era. Hungary joined the European Union on May 1, 2004. However, the Hungarian economy was already on a significantly weakened growth path before the 2008 financial and economic crisis. The state of public finances is critical. The already significant drop in inflation and underemployment are problematic (unemployment in 2013 at 10.2%).

Industry generates around 30% of GDP. Heavy industry in particular was expanded on a large scale in the socialist era. Many steel and steel works can be found in the greater Budapest area and on the Danube and Raab. Today, electrical engineering and mechanical and vehicle engineering are particularly important, and a large number of new companies have been created through foreign investments. Other important industrial sectors are the chemical industry, textile and food processing companies and the oil and gas refineries along the Danube. The country’s energy generation is based on fossil fuels (hard and brown coal, natural gas, oil) and hydropower, but is not sufficient to cover its own needs.Hungary is relatively poor in raw materials, apart from those already mentioned, bauxite,

Hungary’s transport network is well developed; around 160,000 km are available on the road; the rail links have a total length of 8,000 km. There are two international airports: Budapest and S¨¢rmell¨¦k (south-west Hungary).

The currency is the Hungarian forint (= 100 filler).