The Central American Republic of Honduras (officially Spanish: Rep¨²blica de Honduras) has an area of ​​112,188 km² and borders the Caribbean Sea in the north and the Pacific Ocean in the southwest. Neighboring countries are in southeast Nicaragua, southwest Salvador and western Guatemala. In addition, the archipelago “Islas de la Bah¨ªa”, which lies in the Caribbean Sea, belongs to the state territory. The largest island is Roat¨¢n with the city of the same name. See Honduras country abbreviation.

The landscape of Honduras is mostly mountainous. It has mountain ranges between 2,000 and 2,500 m high. These run from a central highland in the southwest to the Caribbean Sea and are separated by numerous pools. An exception are the Mosquitia, a broad coastal plain in the northeast of the country, and a narrow lowland strip on the Gulf of Fonseca. Numerous rivers flow through the country. The most water-rich of these are the Rio Ul¨²a in the northwest, the Rio Aqu¨¢n in the north, the Rio Patuca in the northeast and the Rio Coca on the border with Nicaragua. All four rivers flow into the Caribbean Sea. The largest river that flows into the Pacific Gulf of Fonseca is the Rio Choluteca. The highest mountain in the country is Cerro Las Minas at 2,865 m. It is located in the west in the Montana de Celaque.

Honduras has a tropical climate. The large-scale weather is influenced all year round by the northeast trade wind.

Annual precipitation is lowest in the south, where it averages around 1,000 mm. To the north, the average values ​​increase to over 2,500 mm a year. In the lowlands there are hot, humid temperatures in the highlands.

The average temperature in the capital Tegucigalpa is 19 °C in January and 24 °C in July.

A special feature of the region are violent and frequently occurring hurricanes, tropical cyclones that arise over warm sea areas due to disturbances in the trade winds. They can have a diameter of several hundred kilometers and reach wind speeds of over 200 kilometers per hour.

The country’s vegetation in the lower regions consists of tropical lowland rainforest, which merges with mountain and cloud forest with increasing altitude. Especially in the lower, humid areas of the mountains in the north there is a wide belt of evergreen forests, which produces particularly large trees, including mahogany. In the regions with less rain, particularly in the central highlands, dry forest, including oak, grows. There are also pastures and grasslands. The coastal plain of the Mosquitia is home to pines and swamp palms, and sandy bays stretch along the coastline. In the northern parts of the country, the marshy coasts are covered with mangroves or palm trees.

Large areas of the former rainforests in the lowlands have been cleared over the years and turned into cultivated land; As a result, the natural fauna that once lived here has withdrawn to the natural regions where there is still a great diversity of species. Insects, reptiles and birds are the most diverse and largest populations. A multitude of butterflies, spiders, wasps, bees and beetles as well as moths, flies and mosquitoes inhabit the rainforest regions. Crocodiles, snakes and lizards – such as the iguana – are also at home here. Larger mammals such as deer, tapirs, cougars, jaguars and ocelots mainly live in the forested areas. There are numerous fish species in the lagoons, but also molluscs. There are many species of waterfowl on the coast.

More than half of the people live in cities. The largest city in the country is the capital Tegucigalpa with around 770 100 residents, the next largest city is San Pedro Sula near the border with Guatemala with around 439 000 residents. The port city of La Ceiba with 114,600 residents plays an important role as a transshipment point for goods.

95% of Hondurans are committed to Christianity, whereby the Christian faith is strongly connected with ancient Indian traditions and rites. The proportion of Protestants is increasing (currently about a tenth of the population). The national language is Spanish.

The population, whose average life expectancy is 65 years, grows by 2% annually. A good three quarters of the population of Honduras can read and write. 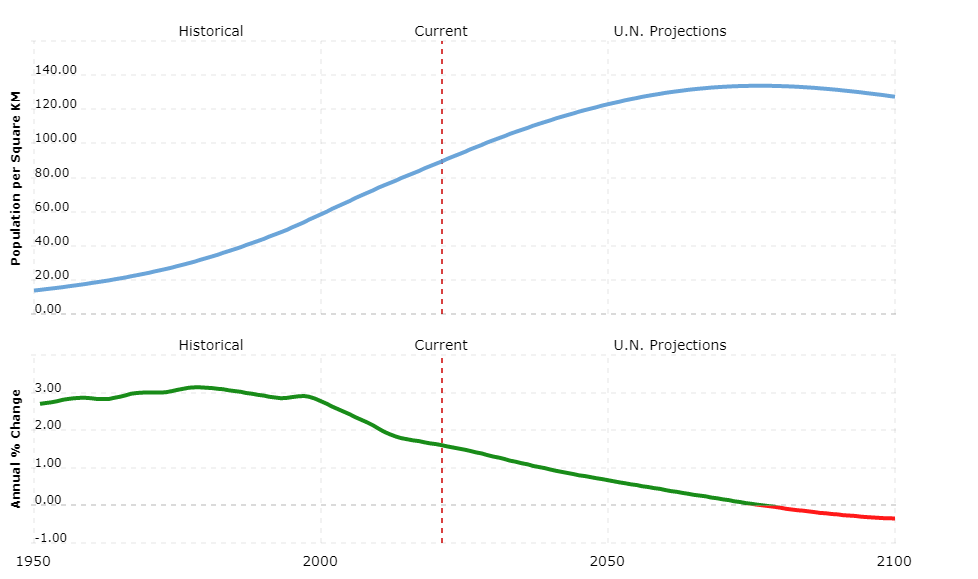 Honduras is a presidential democracy, the constitution dates from 1982. The president (Juan Orlando Hern¨¢ndez, since January 2014), who can only be elected for a legislative term, serves four years. He appoints the ministers.

The legislature lies with the National Congress, which has 128 MPs who are also elected for four years. The number of seats per party is calculated from the percentage of votes counted for their presidential candidate.

The Republic is divided into 18 departments and 298 municipalities.

Honduras is one of the poorer countries in Latin America. Income is distributed extremely unevenly; 65% of the population live below the poverty line. Officially, only 3.1% of Hondurans are unemployed, but there is a large number of unreported cases and underemployment (an estimated 35%).

The country generally offers good soils and good climatic conditions for growing food. Honduras was once the largest banana exporter in the world; Banana cultivation still plays a central role in agriculture in the former Spanish colony. In addition, the cultivation of coffee, pineapple and the extraction of palm oil have become more important. Almost 40% of the workforce is employed in agriculture and generates 13% of the gross domestic product (GDP).

Rich mineral resources are suspected on Honduran territory. Gold, silver, zinc, antimony, copper and iron have been proven, but are only moderately mined. There are only a few industrial companies in the country that deal primarily with the further processing of agricultural production, textile production and wood processing. Much of the production flows into the domestic market.

Exports – coffee, bananas, crustaceans, gold, palm oil, fruit and electrical engineering – are almost two-thirds bought by the United States. This is due to the fact that the majority of both the plantations and the mines are still owned by the United States. The import (crude oil, chemical products, automotive parts, machinery, electronics, iron and steel) also comes mainly from the USA.

Not all parts of the country are well connected to traffic. Of the 13,600 kilometers of road, only 2,800 are paved. International airports are located in Tegucigalpa, San Pedro Sula and La Ceiba. The main ports are in Puerto Cort¨¦s on the Caribbean coast and in San Lorenzo on the Pacific.