The Republic of Guinea is located in West Africa on the Atlantic coast and, at 245,857 km², is about two thirds the size of Germany. In the north, the country borders on Senegal and Mali, in the east on the Ivory Coast, in the south on Liberia, in the southwest on Sierra Leone, in the west on the Atlantic and in the northwest on Guinea-Bissau. See Guinea country abbreviation.

Guinea can be divided into four different landscape areas. The approximately 300 km long coast, which is strongly divided by bays and islands, and the coastal plain beyond with fertile soils are part of Lower Guinea. To the east of the coastal region is a table mountain (Fouta Djalon), which rises in steep steps and occupies two thirds of the country’s territory and is called Central Guinea. Here heights of up to 1,500 m are reached. Numerous rivers (eg Bafing (a source river of Senegal), Gambia, Tinkisso) originate in this mountainous country, which have cut deep valleys.

Hilly Upper Guinea (400 to 500 m) stretches east of the table mountain region, which is crossed by the upper reaches of the Niger and its tributaries. In the extreme south-east of the country lies Forest Guinea, which is surmounted by numerous island mountains such as the Nimbabergen (highest point in the country at 1,752 m).

The capital Conakry is located on a peninsula on the Atlantic coast.

In general, Guinea is in the area of ​​influence of the alternatingly humid tropics, whereby the four regions of Lower, Middle, Upper and Forest Guinea differ greatly from one another in terms of climate. Lower Guinea has constant temperatures all year round (27 to 35 °C) and has a rainy season from April to November (up to 4,000 mm). Hurricane-like storms occur in July and August, during which a large part of the precipitation falls.

Inland (Central Guinea), the annual rainfall is between 1,300 and 1,500 mm. The temperature fluctuations are greater than in the coastal area and can drop below 10 °C in the winter half-year, and the air humidity here is also significantly lower.

In the savannah region of Upper Guinea, the hot desert wind Harmattan has very low humidity from October to February. The temperatures fluctuate between 18 °C and 40 °C. The amount of precipitation varies widely. In the extreme south-east of Guinea, the temperature fluctuations are lower again (24 to 28 °C). The rainy season lasts eight to ten months, the annual rainfall is 3,000 mm.

Large stocks of mangroves can be found in the coastal area. The plateaus of Central Guinea’s plateau are largely cleared: forests are only sporadic (eg with teak and baobab trees), grasslands predominate. Dry savannah predominates in the northeast of the country. The largest forest areas can be found in the extreme southeast of the country (Forest Guinea), especially on the plateaus of the Nimba Mountains. Here too, large parts of the rainforest have been cleared, but there is still a large variety of different plant species.

Larger species of mammals such as elephants, buffaloes, lions and leopards have become rare in Guinea due to the restriction of their habitat. Hyenas, baboons and reptiles are common and the coastal region is particularly rich in species.

According to COUNTRYAAH, 9.18 million people live in the Republic of Guinea, two thirds of them in rural areas. By far the largest city in the country is the capital Conakry, about 1.87 million people live here. The population density varies widely from region to region, with the coastal region being the most populated (37 residents per square kilometer across the country).

More than 20 ethnic groups live in Guinea. The largest population group are the Fulbe with a good 40%, who mainly inhabit the Fouta-Djalon Mountains and the capital Conakry. The second largest group are the Malinke (26%, Upper Guinea), Susu (11%, coastal region), Kissi (6%) and Kpelle (5%, both predominantly forest Guinea). It is also estimated that over half a million refugees from neighboring Liberia and Sierra Leone live in Guinea. Some of the people who fled Guinea from the dictator S¨¦kou Tour¨¦ have also returned.

The official language in Guinea is French; the languages ​​of the Fulbe, Malinke and Susu continue to be spoken. More than 80% of the population are followers of the Sunni faith in Islam. Natural religions are sometimes practiced in parallel. Christians are a minority at around 8%.

The life expectancy for the residents of Guinea is almost 50 years. The average age of the population is only 17.7 years. The population grows by 2.0% annually. At a good third (women: only 22%), the literacy rate is extremely low. 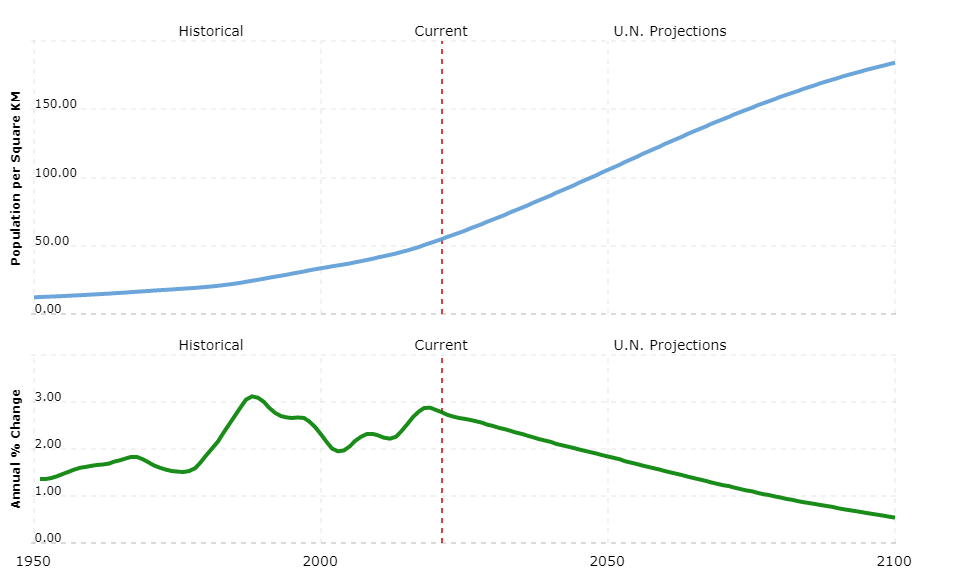 According to the 2010 constitution, Guinea is a presidential republic. The head of state is the President (Alpha Cond¨¦ since December 2010), who is elected by the people for a term of five years (one-time re-election possible). The president appoints the head of government (Mohamed Saïd Fofana since December 2010) and the members of the cabinet.

The legislature lies with the National Assembly, whose 114 members are elected by the people for a term of five years.

The country is divided into eight regions.

Guinea is one of the poorer countries in Africa, although it has extensive resources – mineral resources, hydropower, fertile soils. Over two thirds of the population live on less than two US dollars a day. After the death of the dictator Tour¨¦ in 1984, the former socialist-oriented economy was restructured into a market economy. However, the increased fighting along the Sierra Leone and Liberia borders since the turn of the millennium led to refugee movements and a decline in economic growth; corruption was rampant, inflation rose.

Agriculture generates just under a quarter of gross domestic product (GDP), but employs over four fifths of the workforce. Rice, millet, corn, sweet potatoes and manioc are mainly grown to meet the population’s own needs. Coffee, pineapple, bananas and oil palms (for the production of palm fat) are cultivated for export. Forestry and fishing only play a subordinate role for export.

Guinea is one of the largest bauxite exporters in the world. Other mineral resources include iron ore, nickel, uranium, gold and diamonds. Mining is the most important industry for exports, raw materials make up over three quarters of the export volume. The industry is only moderately developed and focuses on the processing of food and the processing of mineral resources.