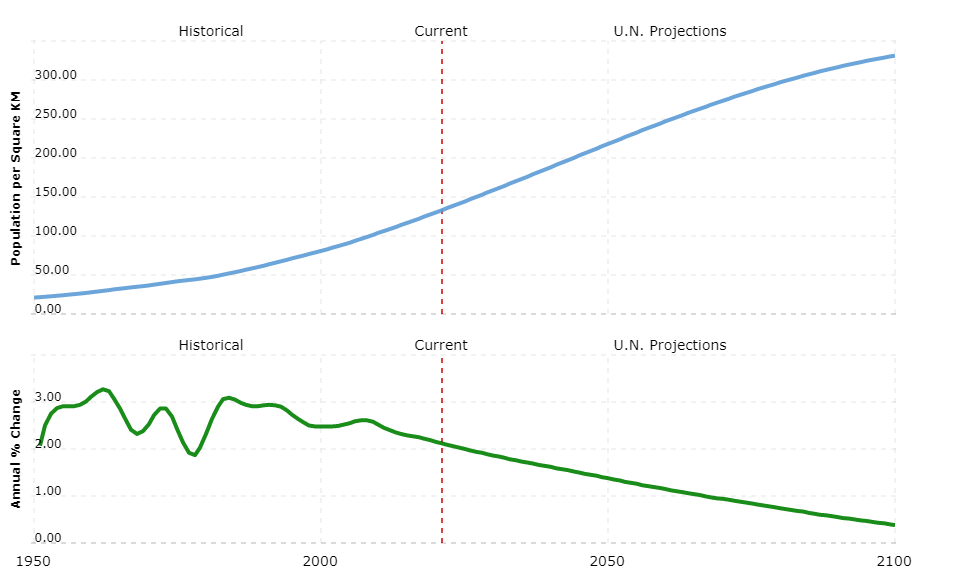 Ghana (officially: Republic of Ghana) is located near the equator in West Africa. It borders the Gulf of Guinea with a 535 km long coast in the south, the Republic of Ivory Coast in the west of the country, Burkina Faso in the north and Togo in the east. With an area of ​​238,533 km², the country is about the size of Great Britain.

In Ghana is the largest reservoir in the world with 8,482 km², the voltaic lake dammed up by the Akosombo dam. The Volta, which is dammed up at its lower reaches, is also the main stream of the country, it arises from the Black and White Volta as well as the tributaries Afram and Oti and flows east of the capital Accra(1.04 or in the greater area 2.90 million residents) into the Gulf of Guinea. Other large cities in the country are Kumasi, Tamale and Tema.

After a coastal region up to 25 km wide, which is not very structured and is characterized by lagoons in the east, different plateaus follow. These are crossed by numerous valleys and are bordered in the southeast between Accra and the Volta by the Akwapim¨¹cken, east of the lower Volta and the Oti by the Togo-Atakora mountains. In the center of the country and in the north is a hilly area called Ashanti, which is located on different levels due to the tributaries of the Volta. The highest mountain in the country is the Afadjoto at 885 m, which is located on the border with Togo east of Lake Vaseo.

In the south of the country there is a tropical, humid and hot climate with two rainy seasons from May to June and October to November. In the north, on the other hand, there is only one rainy season, which lasts from July to September, the climate here is hot and dry. The average temperatures in the port city of Accra are 28 °C in January and 25 °C in July. The annual amount of precipitation in Accra is 725 mm. This climate is accompanied by a very high humidity, which is up to about 80%, especially on the coast. In the north, however, the humidity is around 65% in the rainy season, in the dry season it can drop to 35% during the day. The climate of the northern parts of the country is influenced by influences from the Sahara.Typical is the dry and hot desert wind Harmattan, which blows mainly from January to March.

Much of the country’s natural flora has been destroyed by land clearing measures for agriculture. In the southwest, near the equator, there is still evergreen tropical rainforest with trees up to 50 m high (mahogany, cedar) and rain-green damp forest. Along the sea coast, there is a beach and lagoon vegetation with few mangroves and coastal grassland. The dry and hot north, which takes up about two thirds of the country, is covered by savannas, grasslands with isolated trees that are becoming drier to the north.

The habitat for the animal world was also severely limited. The sea is rich in fish, including barracudas, tuna and sharks, while inland there are numerous freshwater fish in the river areas and the reservoir. The manatee also lives in the lagoons and rivers, a manatee species that is over 3 m long. The wet areas on the coast offer both native birds and migratory birds a rich livelihood. In the forests in particular, 200 species of birds, from parrots to kingfishers, and over 500 species of butterflies are known. Colonies of various species of monkeys can be found in nature reserves in the Brong-Ahafo region in central Ghana; there are also remaining stocks of the giant antelope species Bongo. Reptiles are very numerous, including cobras, pythons, vipers and snakes. There are crocodiles on rivers all over the country. The dry, hot north offers elephants and lions good living conditions in the wild, although most of the specimens are now only found in nature reserves.

Around 21.03 million people live in Ghana, around two million live and work mostly in neighboring countries. Over 99% of the population from Ghana are black Africans who belong to over 50 different ethnic groups. The Akan (Ashanti, Fanti) represent the majority of the African ethnic groups with 44% of the population, Mossi and Dagomba (16%) and Ewe (12%) are the next two largest groups. Europeans make up a very small minority with a population share of 0.2%.

English is the official language, and since 1962 nine African languages ​​have been approved as school languages ​​depending on the region and ethnic group (Akuapem-Twi, Asante-Twi, Dagbani, Dangbe, Ewe, Fanti, Ga, Kasem and Nizima). According to COUNTRYAAH, 63% of the country’s residents are Christians, about a quarter belong to traditional natural religions, 16% are Muslims.

As in many other African countries, Ghana’s population is affected by HIV / AIDS. In 2007, an estimated 1.9% of adults were infected. The population growth is 1.25%. The average life expectancy in Ghana is 56 years, the literacy rate approx. 75%.

According to the 1993 constitution, Ghana is a presidential republic in the Commonwealth. The president, who is directly elected every four years, is also head of state and leader of the executive (John Dramani Mahama, since July 2012). He convenes the cabinet, which is responsible to the parliament.

The 230 members of parliament are directly elected for four years.

The judicial system is based on the British legal system.

The country is divided into ten regions.

Ghana is one of the most economically developed countries in tropical Africa. It has belonged to the group of lower middle income countries since 2011. High inflation remains problematic.

Agriculture, fishing and forestry are the basis for daily living for about half of the population. Corn, millet, cassava, yams, sugar cane, rice, peanuts and vegetables are primarily grown for own use. Bananas, coffee, cocoa and palm oil, on the other hand, are important agricultural export goods and thus a source of foreign currency for the country. They are mostly exported via the port of Takoradi. Cattle breeding can be found mainly in the north of the country. Despite declining exports, forestry through the export of mahogany and other hardwoods remains an important area of ​​work in the southwestern rainforest areas. WWF estimates that well over half of the logging is illegal.In addition, fishing by the sea and in Lake Vita plays an important role for the internal market.

Ghana is rich in mineral resources. The country began commercial exploitation of the Gulf of Guinea’s oil reserves in 2010. The deposits of gold, diamonds, manganese and bauxite are good prerequisites for an economically positive development. Bauxite is processed into aluminum in the country’s most important industrial company in the port city of Tema. Due to the oil refinery, Tema is an important industrial location and the most important import port in the country. Other branches of industry include the small but high-quality glass industry and some cement plants. Ghana’s main trading partners are its neighboring countries; within the EU especially Great Britain and France; Trade is also carried out with China and the USA. The country has to import primarily motor vehicles, machinery and food.

Tourism is increasingly playing a role in Ghana’s economy.

The country’s international airport is in Kotoka near Accra. The road network has so far been expanded to over 35,000 km. Around 11,000 km of this is paved, but of different quality. Although there is a rail network, only the route between Kumasi and Sekondi-Takoradi has been used regularly since 2006.