With an area of ​​547 026 km² (including Corsica, without overseas regions), the Republic of France (officially: R¨¦publique française; in short: France) is the largest country in Western Europe. Both the north-south and the east-west extension are approximately 1,000 km. The island of Corsica also belongs to the national territory. In the north the country borders the English Channel, in the northeast on Belgium and Luxembourg,in the east the Rhine, Jura and the Alps form a natural border with the countries Germany,Switzerland and Italy. In the south of France is the Mediterranean Sea, where the country borders the Principality of Monaco. The mountain range of the Pyrenees forms the border with Andorra and Spain,in the west of the country is the Atlantic Ocean.

Basin landscapes and low mountain ranges are characteristic of the French landscape, and the country also has a share in the high mountain systems of the Alps and the Pyrenees.

The altogether approximately 3 120 km long coast is shaped differently: The northern part of the Atlantic coast (English Channel) is characterized by sand dunes and white limestone cliffs, the northern part of the west coast is a cliff rich in cliffs, the funnel mouths of the rivers Loire and Gironde follow to the south, followed by the dune landscape of the “Landes” with lagoon areas and beach lakes in the south (here is Europe’s largest dune, the Dune de Pyla, with a height of 115 m). The Mediterranean coast has swampy areas in the area of ​​the wide Rhône Delta, to the east follows rocky coasts with small bays and steeply rising hinterland.

Around 60% of the country is below 250 m above sea level. The heart of the country is the Paris Basin with an area of ​​around 100,000 km², which is also the capital of Paris. To the northeast and east are the low mountain ranges of the Ardennes and Vosges, where heights of approx. 300 m and 1.424 m are reached (Vosges: Grand Ballon). In the southwest is the Aquitaine Basin (Garonne Basin) with limestone plateaus and fertile valleys, the center is the wine town of Bordeaux. In the south of Aquitaine are the Pyrenees (heights up to 2,884 m, Pic du Midi d’Ossau), in the east the Massif Central, Mont Dore, 1,886 m). The third large basin landscape is the Rhône-Saône valley running from north to south, which lies east of the Massif Central and west of the Alps. In the Alps in the south-east of the country on the border with Italy is the highest mountain in France and the Alps, the Mont Blanc with a height of 4 807 m. The most important rivers in France are the Loire with a length of 1,020 km,

Depending on its geographical location between the Atlantic, the Mediterranean and mainland Europe, the climate in France varies from region to region. The flat country in the west and north is influenced by the oceanic climate, cool summers and mild winters are typical. The average temperatures in Brest in Brittany in northwestern France are 6 °C in January and 16 °C in July. The average annual rainfall is 1 125 mm, long-lasting drizzle and strong winds are common. Summers are a bit warmer in the southwest.

In the Paris Basin there are continental climatic influences with more pronounced temperature differences, the summers are dry and warm (average July temperatures of 19 °C), the winters cold (average temperature in January 3 °C). Rainfall in Paris averages around 620 mm.

On the Mediterranean coast and in the southern part of the Rhone Valley (Provence) there is a Mediterranean climate with dry, hot summers and humid and mild winters (Marseille: July 23.5 °C, January 5.5 °C). There is 545 mm of precipitation. A climatic peculiarity is the Mistral, a strong falling wind that brings cold air masses from the north through the Rhône valley towards the Mediterranean.

At higher altitudes in the mountains, the temperatures are correspondingly lower and the amounts of precipitation are higher. There are regions with glaciers and perpetual ice in the French part of the Alps.

The types of vegetation in France differ according to the different climate zones. France is generally located in the broad-leaved forest belt of the temperate zone. Extensive heathlands with gorse and heather are characteristic of the flat regions in the west and north. Originally there were large stocks of oak forests. In the basin landscapes of France there are stocks of deciduous forest (oak, beech, maple, ash, plane trees) and coniferous forests (especially pines). In the mountains, the tree line is between 1,800 and 2,300 m. Above it there are alpine mats, mainly coniferous forest up to 1,800 m. On the Mediterranean coast, hardwood plants (maquis) and rock heaths (garrigue) predominate.The Mediterranean vegetation includes holm oak, pine, cypress, cork oak and Aleppo pine.

Throughout France there are natural and national parks that offer a protected habitat for many animal species. In the mountains there are eagles, vultures, marmots and chamois, in the Pyrenees there are also occasional brown bears and lynxes. Beavers and otters live in the rivers and have been resettled in some areas. Typical of the Rhône Delta (Camargue) are the well-known pink flamingos (population of approx.50,000 animals) and the semi-wild horses and bulls. On the islands off the Atlantic coast there are rare bird species such as gyrfalcon, puffin and great mud runner.

France’s population is around 66 million people. 94% are French, the largest minorities come from Algeria, Morocco and other African countries. Almost 80% of the population are Catholics, the largest minority with 5% are followers of Islam, most of whom come from the former French colonies. According to COUNTRYAAH, there are also around 800,000 Protestants and 600,000 Jews in the country. With 111 residents per square kilometer, the population density is relatively low compared to other European countries. The largest metropolitan area is the greater Paris area (Ile de France), every sixth Frenchman lives here. Other major centers are Marseille (1.52 million in the metropolitan area) and Lyon (1.65 million in the metropolitan area). Overall, over 70% of the French live in cities.

The national language is French, in Alsace and Lorraine German is also spoken as a colloquial language, in Brittany Breton, in the southwest Catalan (Roussillon) and Basque, in Corsica Corsican. In the south of France, the Provencal still occurs occasionally. Both the Catalan minorities on the Spanish border as well as the Flemish and Bretons demand cultural autonomy, in the Basque Country and Corsica there are also calls for more independence, which are also represented here by violent groups.

After the end of World War II, the country’s population skyrocketed from 40 to 55 million. Today, population growth is only around 0.5%. Political refugees are still migrating from the former colonies, most of whom live in the capital, Paris, and in southern France. A law was passed in 1993 that made immigration difficult, but the law still applies in France that everyone born in France has the right to naturalization.

The standard of living in France is high, and health and social services are well developed. School attendance is compulsory for children from six to 16 years of age, a special feature of secondary schools are the so-called “grandes ¨¦coles”, elite schools in which the next generation of managers for the state and the economy is specifically trained. The country’s oldest university is the Parisian Sorbonne, which was founded in 1257. 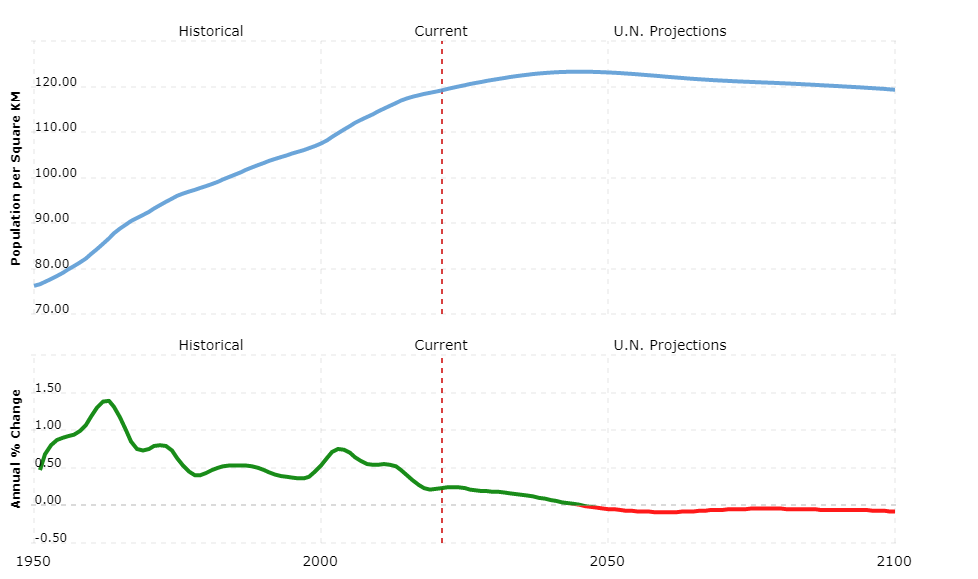 The Republic of France is a parliamentary presidential democracy according to the 1958 constitution. The head of state is the President (François Hollande since May 2012), who is directly elected for five years. The president is the commander-in-chief of the armed forces and has far-reaching powers, he appoints the prime minister (since May 2012 Jean-Marc Ayrault) and can dissolve the parliament. The legislature lies with the parliament, which consists of two chambers: the 577 members of the National Assembly (22 from overseas territories) are elected for five years, the 348 members of the Senate (including 14 from overseas territories and twelve from French residents abroad) are elected for one term of office of six years elected. Partial elections are held every three years.Both chambers have an equal share in the legislation.

France is divided into 22 regions with their own self-government, these in turn in 96 departments. In addition to the island of Corsica, the country also has numerous overseas territories, which are divided into overseas departments, local authorities and territories with limited self-government. These include French Guiana, Guadeloupe, Martinique, Reunion, Mayotte and Saint-Pierre-et-Miquelon. French Polynesia, New Caledonia and Wallis and Futuna have limited self-government, but the right to vote for the French parliament. France continues to claim some islands in the Indian Ocean that are largely uninhabited (around 7,500 km² in total) and areas in the Antarctic (Ad¨¦lie Land, 430,000 km²).

France is one of the leading highly developed industrial nations and, alongside Germany, is the most important industrial country in Europe. The economy, which is used to be dominated by state ownership and intervention, is increasingly liberalized and privatized. However, the state remains in control. The unemployment rate was 10% in 2012.

Agriculture has traditionally been of great importance in France, although it only contributes 2% to the gross national product. Around 3% of all workers are employed here, and over half of the country’s area is used for agriculture. Agriculture is heavily subsidized by the state; France is also one of the largest food exporters in the world. The most important products in arable farming are cereals (wheat, main growing area Ile-de-France), potatoes and fodder plants, and vegetables and fruits (especially in Normandy) are also grown. The cultivation of wine is particularly important, important growing areas are in Alsace, Champagne, Burgundy, Bordelais, the Loire Valley and Languedoc.French wines are considered to be of particularly high quality and are bought worldwide.

In recent years, the industry in France has reoriented itself from the traditional areas of the coal and steel industry as well as textile manufacturing to the establishment of a high-tech industry. Some regions are still particularly affected by the severe slumps in the coal and steel sectors, which is reflected in high unemployment figures (eg Lorraine). The center of industry is the greater Paris area, the heavy and metal industry is mainly located in northern France (Dunkirk). Important sectors of the highly specialized industry are mechanical and vehicle engineering, aircraft construction (Airbus production near Toulouse), chemistry, electrical engineering, electronics, the food and beverage industry as well as the production of textiles and luxury goods.Around 75% of electricity in France is generated in nuclear power plants, alternative energies (solar and wind energy) currently still play a subordinate role. Tourism is also very important.

France has 893,000 km of well-developed roads with very good connections to the metropolitan areas, although the sparsely populated areas have so far been neglected. With the Rhone, Seine and parts of the Rhine (Rhin), the state has 8 500 km of navigable rivers. France has had high-speed trains (TGV) in service since the early 1980s. The Eurotunnel has existed since 1994 and is a link to Great Britain under the English Channel. The country’s main ports are in Marseille and Le Havre.