The Republic of Fiji is located in the southern Pacific between Vanuatu in the west, Samoa in the northeast and Tonga in the southeast and is approximately half the size of Switzerland with a land area of ​​18,374 km² (including sea area 104,000 km²). Around 320 islands belong to the national territory, of which around 100 are inhabited. Except for the isolated island of Rotuma in the north, the islands are grouped in a horseshoe shape around Lake Koro.

The main islands Viti Levu (10 429 km²) and Vanua Levu (5 556 km²) cover about 85% of the country. They are located in the west and north of the island state (Mamanutha and Yasawa groups) and, like most of the larger Fiji islands (including Taveuni, Kandavu, Gau), are of volcanic origin. A strongly rugged mountain landscape and a mostly narrow coastal strip are characteristic. Fiji’s highest peak is on Viti Levu (Mount Tomanivi 1,323 m), there are almost 30 volcanic mountains that rise over 900 m. Vanua Levu has a slightly wider lowland belt in the northwest, which is used intensively for agriculture.

Most of the smaller islands are flat coral islands. In the east of the island state is the Lau Group with numerous small and small islands. The longest river (Rewa) is located on the main island of Viti Levu and flows into the sea near the capital Suva in the southeast of the island.

The Fiji Islands have a tropical-oceanic climate with high temperatures all year round. The maximum values ​​are around 30 °C, the lower values ​​around 22 °C. The majority of annual precipitation falls in the months of December to April: up to 5,000 mm are measured annually on the windward sides of the islands (windward), and between 1,500 and 2,000 mm on the windward (Lee). Tropical cyclones can also occur during this time.

The flora on the Fiji Islands is very diverse. Around 50% of the area of ​​the larger islands is covered with tropical rainforest, which is mainly on the rainier sides of the islands. In the drier areas there are savannas and mangroves on the coasts.

In the animal world of the Fiji Islands, bird life is most diverse with over 60 species, followed by reptiles. Since the islands never had direct contact with a continental land mass, only a few mammals came to the islands before human settlement. One of the native mammals is the Fijian monkey face fruit bat, the existence of which is considered endangered. Today, the Indian mongoose, which was used to control rats and snakes and is now wild, is a common mammal. The Ravilevu Nature Reserve is located on the island of Taveuni.

About 881,000 people live in the Fiji Islands. 57% of the population are Melanesians, who mainly live in smaller towns. 38% are descendants of Indian contract workers who came to the country to work on sugar cane plantations at the end of the 19th century and today make up the majority of the urban population. Europeans, Chinese, Rotumas and others represent minorities. Ethnic conflicts between Melanesians and Indians have repeatedly led to unrest.

The average population density on the Fiji Islands is 48 people per square kilometer. According to COUNTRYAAH, 78,000 people live in the capital Suva on the island of Viti Levu. Other cities include Lautoka with around 43,500 (agglomeration) and Nadi with around 31,000 (agglomeration) residents. Village communities with up to 400 residents represent the dominant form of settlement.

Health care in the Fiji Islands is well developed. The average life expectancy is 69.5 years. The population growth is given as 0.6%. Teaching at primary schools is free, so the literacy rate is just under 94%. 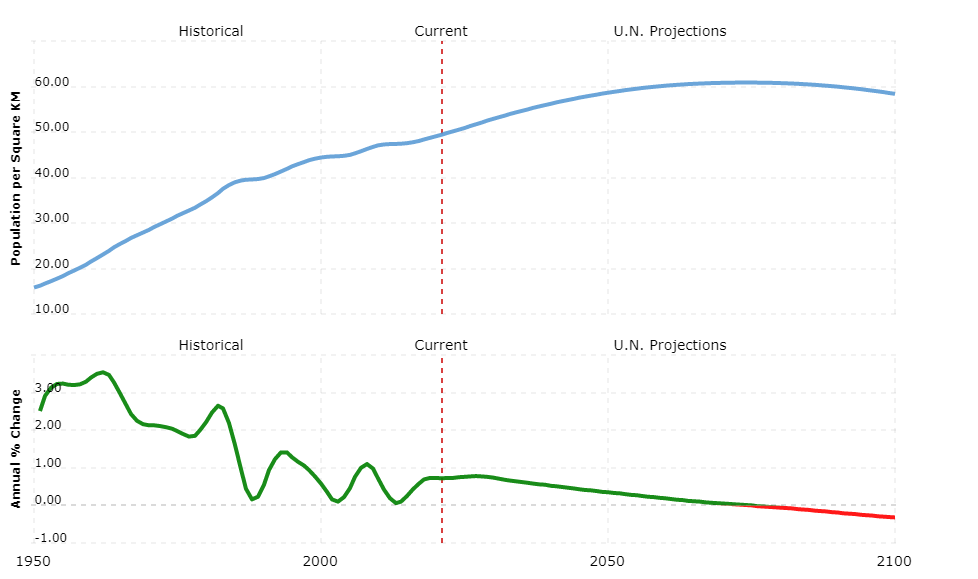 The Republic of Fiji is based on the 2013 constitution. The head of state is the President (Ratu Epeli Nailatikau since November 2009), who is elected by Parliament for a three-year term (one-time re-election possible). The head of the government is the Prime Minister (Josaia Voreqe Frank Bainimarama, interim government leader since January 2007, elected in September 2014).

The legislature lies with the parliament with 50 members. They are elected every four years.

The island state is divided into four districts with 14 provinces, as well as the island of Rotuma as an area with special status.

The market-oriented Republic of Fiji is one of the most prosperous oceanic island states. However, the December 2006 coup had a very negative impact on economic development, especially on the most important branch of the economy, the tourism industry.

The industry, which accounts for 18% of the gross domestic product (GDP), focuses on the processing of sugar cane and food as well as the production of textiles (due to the low wages, many foreign companies produce here). The island state has resources of gold, silver and various ores.

Agriculture, especially the export of sugar, is also important. Agriculture and fisheries contribute 13% to GDP. Coconut palms and tropical vegetables are cultivated for self-sufficiency. Forestry is of increasing importance, precious woods are exported.

The road network on the two main islands is only moderately developed. Airplanes and ships travel between the islands. The cities of Nadi and Suva (Nausori) have international airports.

The currency is the Fiji dollar.