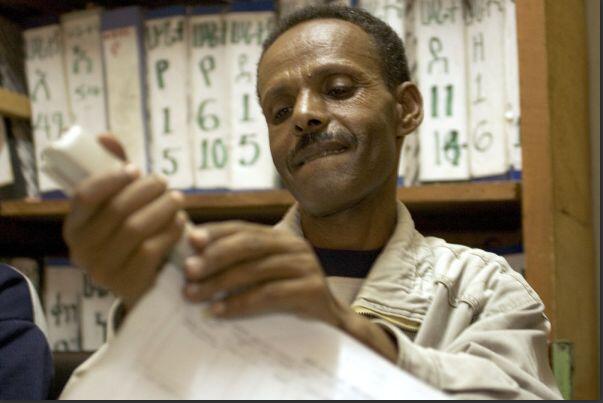 Ethiopia was formed in its present-day external borders (except Eritrea) by Emperor Menelik II at the end of the 19th century. In 1907 the first ministries were established at court in the new capital Addis Ababa. The ministers for justice, warfare, home affairs, trade and foreign affairs, finance and agriculture, public works and post operated voluntarily and had only a few employees.

In 1930, Emperor Haile Selassie I continued the establishment of an imperial administration with new ministries.

During the military dictatorship, the legal framework for civil service remained largely the same. What changed was the structure of the government. New ministries, commissions, agencies and local administrative units were created. The management positions were filled with military personnel down to the lowest administrative level. In this sense one can speak of a military administration.

The enforcement of the absolute claim to power and the control of the population as the main goals of all ministries and offices run like a red thread through the administrative and constitutional history of the country.

After the victory of the liberation fronts over the military dictatorship, a transitional constitution was passed in 1991. In the following years a constitutional commission drew up a draft constitution, which was passed on December 8, 1994 by a constituent assembly with 538 members. After a referendum, the current constitution came into force in August 1995. Since then, Ethiopia has been a federal parliamentary republic.

The president, who is elected by parliament, has predominantly representative tasks. Due to its protocol-based, but not political, role, it may not belong to any party. His term of office is six years.

With the election of the experienced diplomat Sahle-Work Zewde as president, a woman has been the head of state of Ethiopia for the first time since October 2018 .

The head of government is the prime minister, who is usually the representative of the largest parliamentary group. He appoints the members of the Council of Ministers. The incumbent was Meles Zenawi from 1995 to August 2012. After his death, his previous deputy Hailemariam Desalegn took over the official business. After Hailemariam’s resignation, Dr. Abiy Ahmed Ali sworn in as the new Prime Minister in April 2018.

The parliament consists of two chambers: the Federal House (House of Federation or Yefederation Mekir Bet) and the House of Peoples’ Representatives or Parlama.

The members of the House of Representatives are directly elected by the people for 5 years. The highest judicial authority in Ethiopia is the Supreme Court, which has its seat in Addis Ababa. There is also the Constitutional Council, which monitors compliance with the Federal Constitution.

The tasks of the federal government are limited and laid down in the constitution. The states are free in their organizational form and decide on their own affairs. Each state can decide for itself how it organizes itself. 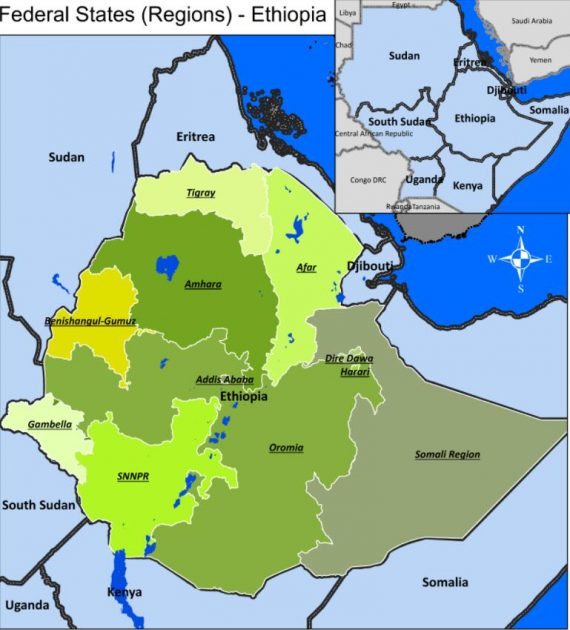 Ethiopia is one of only four federal states on the African continent. There are nine states and two city-states. Almost all federal states are decentralized and divided into zones (administrative districts), woredas (districts) and kebeles (municipalities). Other forms of organization are available. Organizational sovereignty lies with the federal states.

The division into federal states largely follows ethnic settlement areas, which is why the Ethiopian model of federalism is known as ethnic federalism. In the constitution, passed in 1991, statements about the diversity of “nations”, “nationalities” and “peoples” and their rights can be found in several places. Articles 39, 46 and 47 are the clearest foundations of ethnic federalism. In Article 39 it becomes clear that a strong autonomy of the individual ethnic groups is assumed. They have the right to self-determination, up to and including independence- The latter, however, only under certain conditions. In addition, this article guarantees the right to speak one’s own language, maintain one’s own traditions and preserve one’s own history. Furthermore, there is a right to its own government in the territory inhabited by the ethnic group and a right to appropriate representation of the respective group at state and federal level. Articles 46 and 47 of the Ethiopian Constitution stipulate that the Federal Republic of Ethiopia is a federal state and which states are part of the federation. The definition of federal states along ethnic lines is made clear in Article 46, sentence 2: “… States shall be structured on the basis of settlement patterns, language, identity and consent of the people.” 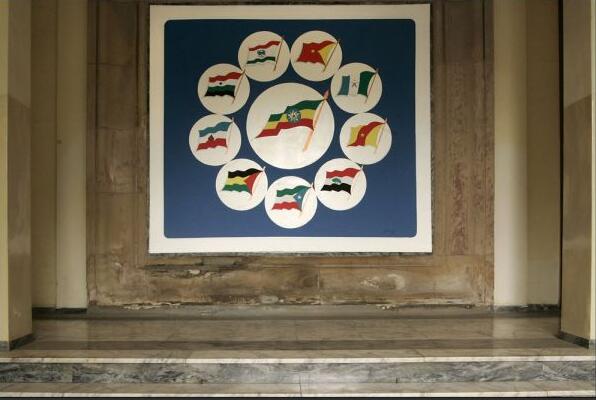 Flags of the federal states

According to extrareference, Ethiopia is a country located in Eastern Africa. The Ethiopian model of federalism is not without controversy. While advocates emphasize liberation from the centralized government and the rights associated with it, such as the use of one’s own language at the state level, critics point out that conflicts can only arise through the politicization of ethnic groups and differences.

The House of Federation already mentioned above is a unique institution of national representation worldwide. Among other things, it is responsible for interpreting the constitution, comparable to the function of the German Federal Constitutional Court. Furthermore, it has the constitutional task of counteracting and mediating a violent resolution of conflicts among various groups in Ethiopia.