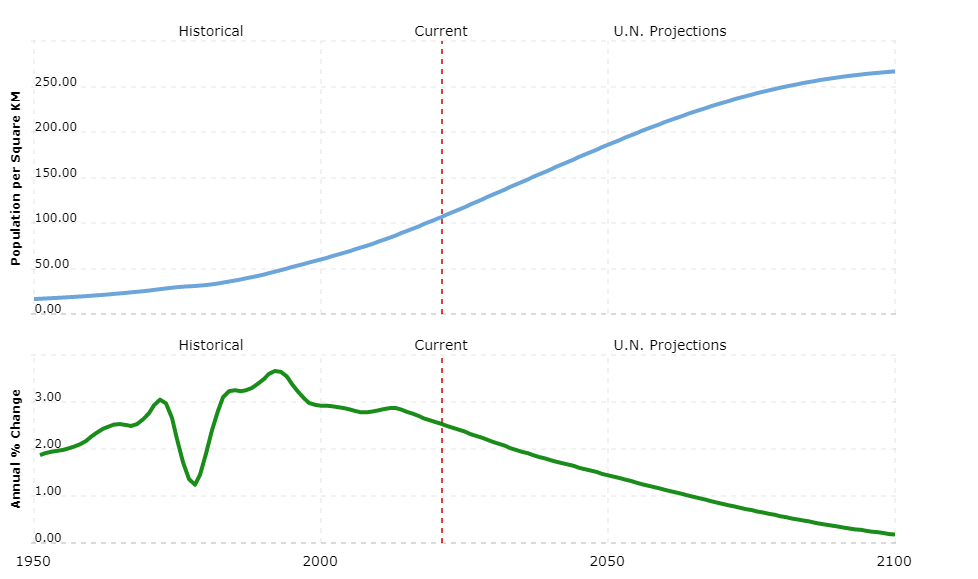 The Democratic Republic of Ethiopia is a landlocked country in Northeast Africa and has an area of ​​1,127,130 km², about three times the size of Germany. The country borders Eritrea in the north (seceded from Ethiopia since 1993),Djibouti in the east, Somalia in the southeast, Kenya in the south and Sudan in the west.

Ethiopia’s landscape is defined by plateaus that occupy the entire west and middle east of the country and are divided by deep valleys. The highlands are separated into a northwestern and a southeastern part by the Ethiopian Rift, which is part of the East African Rift Valley System. In the area of ​​the fracture zone, it is a volcanically active region with a number of runoff lakes, the largest of which are Stefanie and Abaya. In the north of Ethiopia is the country’s highest elevation, the Ras Daschan at 4,620 m. Other four thousand meter peaks are the Talo (4,413 m) and the Batu (4,321 m).

To the west, the highlands drop steeply towards Sudan, and to the south-east it goes into the Ogaden lowlands. To the northeast, the trench opens in a funnel shape to the Denakil Plain (lowest point Kobar Sink 116 m below sea level), which extends to the Red Sea.

Numerous rivers flow through the highlands: the largest are the Abbai Blue Nile) and the Wabe Shebele. In contrast, there are hardly any water courses in the lowlands. The capital Addis Ababa is centrally located in the interior at an altitude of around 2,400 m.

The climate in Ethiopia is tropical, depending on the large differences in altitude there are four different climate zones: Up to a height of approx. 1,600 m (Kolla), average annual temperatures of 27 °C prevail and there are average precipitation amounts of 500 mm annually, that fall mostly in the mountainous regions. This is followed by a warm, temperate zone (Weina Dega, approx. 1,600 to 2,400 m) with an annual average of approx. 22 °C (amount of precipitation at 1,000 mm). This is the main settlement area in Ethiopia. From 2,400 m up to a height of approx. 3,900 m there follows a cool temperate zone (Dega) with annual average values ​​of approx. 16 °C and a rainfall of around 1,800 mm annually. The fourth climate zone above 3 900 m (Tschoke) is characterized by night frosts in the dry season. Precipitation mostly falls in the months of June to September (above 4,000 m also as snow). There is a dry semi-desert and desert climate in the Denakil and Ogaden plains.

In the dry lowlands of the country (Denakil, Ogaden), thorny bush vegetation predominates, which merges with tree savannah towards the southwest. Evergreen wet forest grows in layers above approx. 1,600 m, and smaller stands of rainforest above 2,500 m. Above 3 500 m, the vegetation first changes into grasslands and then into alpine mats.

Typical animal species in the savannah regions are elephants, giraffes, gazelles, buffalos, hippos, zebras and lions. There are large populations of flamingos and pelicans along the water courses and fish-rich lakes in Ethiopia. The rare Abyssinian ibex lives in the mountain regions. In Ethiopia there are several national parks to protect flora and fauna, such as the Omo and the Awash National Park, which have been declared a World Heritage Site by UNESCO.

An estimated 79 million people live in Ethiopia, belonging to over 80 different ethnic groups. The largest population group are the Oromo with about 40% and the Amhara with 32% of the total population. Other ethnic groups include Tigre (9%), Sidamo, Somali, Afar, Gurage. The population density is thin at around 66 residents per square kilometer. By far the largest city in the country is the capital Addis Ababa with around 3 million residents. Other major cities are Dire Dawa (280,000 residents), Gonder (195,000) and Nazret (230,000).

The two largest religious communities are followers of Islam (just under half of the total population) and members of the Ethiopian Orthodox Church (35-40%). According to COUNTRYAAH, 10% are followers of natural religions. There are also smaller groups of Hindus, Sikhs and Jews. The official language in Ethiopia is Amharic, English is common as a commercial and educational language, as well as French and Italian. Depending on the ethnic group, Semitic and Kushite languages ​​are also spoken (eg Orominga, Tigrinja, Guaraginga, Somali), sometimes also Arabic. In total there are over 70 tribal languages.

Population growth is very high at over 3%, but so is child mortality (almost 10%) due to the completely inadequate medical care. Life expectancy averages 55 years. The proportion of illiterate people in the population is estimated at almost 60%.

According to the 1994 constitution, Ethiopia is a democratic Federal Republic. The head of state is the president elected by parliament (Girma Wolde-Giorgis, since 2001), who has predominantly representative functions. The executive is owned by the Prime Minister as head of government (Hailemariam Desalegn, since 2012), who appoints cabinet members and is usually the representative of the strongest party in parliament. The legislature lies with the parliament, which consists of two chambers: the House of Federation with 135 seats (filled by the assemblies of the states) and the House of People’s Representatives with a maximum of 550 seats (direct election by the people, term of office: five years).

Ethiopia is divided into nine states (from an ethnic perspective) and two urban regions (Addis Ababa and Dire Dawa). The highest legal authority is the Supreme Court in the capital.

Ethiopia is still one of the poorest countries in the world, and the estimated per capita income of the population is around $ 370 annually. Much of the population lives in extreme poverty. In addition to the consequences of the decades-long civil war, the country’s main problems are above all the recurring droughts that lead to crop failures and the high population growth of around 3% – these are also the reasons for the frequent famines despite the relatively good harvests in recent years. The country is highly dependent on foreign donors and aid.

Following the fall of the Derg regime in 1991, Ethiopia has come a long way from converting a planned Marxist economy to a more open economy.

The most important economic sector is agriculture, where 42% of the gross domestic product (GDP) is generated, approx. 80% of all employed people are employed here and around 60% of the total export is covered by agricultural products. The most important export item is coffee; the slump in coffee prices hurt the Ethiopian economy massively. Millet, wheat, barley, corn, potatoes, sugar cane and vegetables are also grown. The country is a leader in growing and exporting leaves of the Qat tree, which are popular intoxicants. Cattle breeding is important, especially cattle, sheep and goats are kept.

The industrial sector is only moderately developed and contributes 13% to GDP, around 7% of all workers are employed here. A large part of the industrial operations (food processing, beverage production, textile production, chemical and metal industry) are located in the metropolitan area around the capital Addis Ababa.

In addition to coffee, mainly leather products, gold and qat are exported. The main export trading partners are Germany, the PRC and Somalia. Above all, oil, industrial accessories, consumer goods and capital goods are imported to Ethiopia. The PRC is the leading trading partner here, ahead of Saudi Arabia and India.

Tourism is gaining in importance due to government efforts.