The Republic of Estonia (Estonian: Eesti Vabariik) is located in Eastern Europe. The glaciers of the ice age gave the landscape a flat surface structure in the center, west and northwest, and hilly in the north and south. In the hills formed by terminal moraine in the southeast is the highest point in the country, the Suur Munamägi (318 m). Large forest areas, numerous rivers, lakes and bogs characterize the 45 227 km² Estonia, which is slightly larger than Switzerland. The bog areas in the west take up about a quarter of this, the forest areas (the majority of them in the north) take up about a third. See Estonia country abbreviation.

In the south, Estonia borders on Latvia, with which it forms the three Baltic republics together with Lithuania. The border with Russia runs in the east, partly through the over 3,000 km² Lake Peipus (Peipsi järv), which is about five times the size of Lake Constance. Its Estonian share is the largest inland area in the country. The Narva River leaves Lake Peipus in the north and flows into the Gulf of Finland. In addition to the lakes on the Russian border, the Wirzsee forms the next largest inland lake inland.

The coast to the Baltic Sea is about 1,160 km long, which can be divided into two areas: on the one hand, the steeply sloping north coast, which meets the straits of the Gulf of Finland, on the opposite side at a distance of 50 to 130 km Finland lies, on the other hand, the bay-rich west coast of Estonia. This region has about 1,500 islands. The largest of these are Hiiumaa (Dagö) and Saaremaa (Ösel) to the north and further south in the Gulf of Riga Khinu. The capital of Estonia is Tallinn (German: Reval; 403,000 residents) and is located in the north of the country in a bay on the Gulf of Finland. Other major cities are Tartu (102,000 residents) and Narwa (around 70,000).

The climate is characterized by Atlantic and continental influences. The otherwise hot summers and cold winters are alleviated by the Atlantic winds. The annual rainfall in Tallinn is around 570 mm, the national average fluctuates between 500 and 700 mm annually. Average temperatures in the Estonian capital by the sea range from -7 °C in January to 17 °C in July.

More than 50% of Estonia is taken up by fields and pastures. The north of the country in particular is still characterized by large, less developed forests. Both deciduous and coniferous trees characterize the forests in the interior, in the coastal areas pine and spruce forests are typical. In the north, in addition to the forest areas, there are wooded meadows that are criss-crossed by bushes and shrubs. The country is rich in water: in addition to numerous rivers and lakes, there are boggy plains and lowlands in the north of the Wirzsee and on the western shores of the Peipussee.

The forests and swamps are a natural habitat for numerous wild animals. Deer and lynx, but also brown bears, wolves, wild boars, moose and otters are at home here. The islands on the west coast have been declared a nature reserve by UNESCO and offer protection to numerous species of birds in their natural habitat.

According to COUNTRYAAH, 1.35 million people live in Estonia, 68% of the population are Estonians. The largest minority in society, at 25.6%, are the Russians, who immigrated largely during the Soviet era. In some territories, such as the border town of Narva, Russians make up the majority of the population. A further 3% are Ukrainians, smaller minorities form among others Finns and Belarusians. The official language is Estonian, which is related to Finnish and Hungarian, but about a third of the population is Russian-speaking. Sometimes English, Finnish and German are spoken. The Latin alphabet is used, there are also Cyrillic characters from the time of the Soviet Republic of Estonia.

The population is Christian, with the majority of the followers of the Lutheran Church. Due to the large number of citizens of Russian origin, the faithful of the Russian Orthodox Church are the second largest religious group in the country.

The population shrinks annually by 0.3% due to the strong emigration. 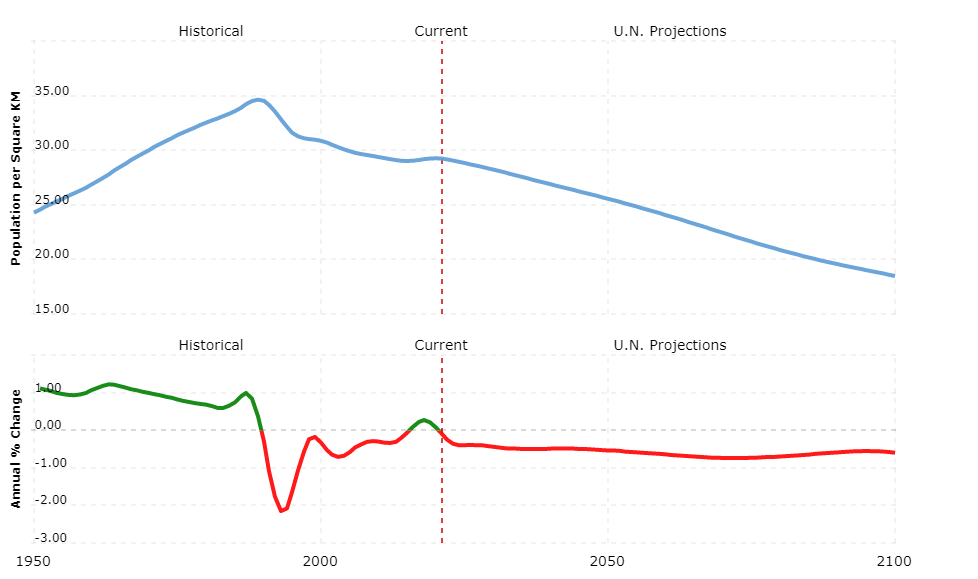 According to the 1992 constitution, the Republic of Estonia is a parliamentary democracy. The President (Toomas Hendrik Ilves, since October 2006) is elected by Parliament for five years. The government under the leadership of the Prime Minister (Andrus Ansip, since April 2005) is responsible to Parliament.

The one-chamber parliament (Reichstag / Riigikogu) has 101 members who are elected for four years by Estonian citizens aged 18 and over. The country’s main parties are the Liberal Reform Party (RE), the center-center Party (K), the Conservative Fatherland Union (IRL), the Temperate Social Democrats (SDE), the Green Party (ER) and the Citizens Union (ERL).

Estonia is divided into 15 counties.

Estonia joined the European Union in 2004; Extensive efforts have been made to achieve this. Since independence, far-reaching privatizations have been carried out, particularly in the energy, rail and telecommunications sectors.

The expanding service sector now accounts for 68% of GDP.

In the insignificant agricultural sector, which only contributes 3% to GDP, meat and milk production in particular play a central role.

Tourism is becoming increasingly important and will continue to increase in the coming years.

Until 2011, the Estonian krona (= 100 senti) was the currency of Estonia. In 2011 Estonia became the 17th country to introduce the euro as its currency.