The Arab Republic of Egypt is located in the far northeast of Africa, the Sinai Peninsula belonging to the country already belongs to Asia. The country borders Libya in the west, Sudan in the south,the Mediterranean Sea in the north and the Red Sea in the east. See Egypt country abbreviation.

90% of the total area of ​​1,001,450 km² is desert. In the west of the country is the Libyan Desert, which is a stratified tablet country and occupies around two thirds of the Egyptian territory. In the north of the Libyan desert, the land in the Kattara valley sinks up to 130 m below sea level, in the southwest the country rises to approx. 1,000 m above sea level (Gilf-Kebir plateau). To the east of the Nile is the Arabian Desert, which rises in the east to a height of over 2,000 m (Gabal Sa’ib al-Banat). Countless valleys (wadis) run through the mountainous landscapes of the Arabian Desert. The Sinai Peninsula in the far northeast of the country (separated from the African mainland by the Suez Canal) is characterized by the mountain ranges of Jabal at-Tih, here is the highest point in the country.

Between the two deserts, the Nile flows through Egypt from south to north for a length of approximately 1,550 km before it flows into the Mediterranean. The source river of the Nile is the Kagera in the mountainous region of Burundi. In the extreme south in the area of ​​the Sudan border, the Nile is dammed by the Aswan Dam (completed in 1970) to the so-called Lake Nasser (around 5,500 km²). The flooding of the Nile is regulated by the dams so that the fields can be irrigated even in the low water period (November to June). North of the dam, the Nile valley is initially only about 3 km wide and then widens to about 20 km. North of the capital, Cairo, the Nile divides into two large estuaries and forms a delta of around 23,000 km², which is characterized by lagoons and spits and is intensively cultivated. The total coastline of Egypt is almost 3,000 km. While the Mediterranean coast is mostly characterized by flat dunes, the mountain ranges on the coast to the Red Sea drop steeply.

The influence of the Mediterranean climate in Egypt extends from the Nile Delta to the capital, Cairo, the rest of the country belongs to the North African dry belt and has a desert climate. It is characterized by extremely little rainfall (up to 20 mm annually) and strong temperature fluctuations within a day (daytime temperatures up to 45 °C, nighttime temperatures 5 °C), regardless of the season. The rainfall in the Nile Delta to Cairo is 250 mm annually. The temperatures generally increase towards the south: in January the mean values ​​in Alexandria on the Mediterranean coast are 14.5 °C, in Aswan in the south of the country it is 16.5 °C. In July, temperatures in the south of the country can rise to over 40 °C.From March to June, hot sand and dust winds (Chamsin) occur especially in the southern desert areas.

Around nine tenths of the country’s area is desert, especially in the Libyan Desert there is almost no vegetation, except at the oases and as a temporary phenomenon after one of the rare rains. In the Arabian desert east of the Nile, tamarisks, thorn bushes and acacias grow occasionally. From the original vegetation in the area of ​​the Nile, hardly anything is preserved due to the intensive agricultural use. On the banks grow date and fan palms, cypresses, eucalyptus, sycamores, carob trees and the cassowaries (mace tree) imported from Australia in the 19th century. Other types introduced include rosewood and poinciana. Over 100 types of grass, including bamboo and reed, grow in the waters of the Nile and its canals, only a few papyrus bushes can be found, that was cultivated in antiquity.

On larger wild mammals, jackals, desert foxes (fennec), hyenas, wild cats and ibex live in the mountain regions. Hippos are found almost exclusively in the southern part of the Nile. There are numerous insects (grasshoppers, scorpions) and birds: Egypt’s bird life includes around 350 species, plus various types of migratory birds. In addition to crows, forks, pelicans, flamingos, oriole, herons and cranes, there are numerous birds of prey and carrion such as hawks, falcons, eagles, lamb vultures and kites. There are more than 190 different types of freshwater fish in the Nile, including the Nile perch. Various types of lizards and venomous snakes such as the Egyptian cobra can be mentioned on reptiles.

Around 81.7 million people live in Egypt, the majority of them in the valley of the Nile. The settlement density is highest in the north and decreases towards the south. The largest city is the capital Cairo (Al-Qahirah) with over 16 million residents (agglomeration), followed by Alexandria (Al-Iskandariyah) with 3.35 million and Giza with 2.24 million.

According to COUNTRYAAH, 99% of the population are Arab Egyptians. In addition to minorities of Greeks, Italians and Arabs from other countries, the country also has Palestinians and Arab tribes who are relatively isolated by their oasis habitat and nomadism. The official language is Arabic, which is spoken in an Egyptian dialect. English and French are also common commercial languages. Islam is the state religion, but the constitution provides for religious freedom. Over 94% of Egyptians are Muslim Sunni, around 5% are Coptic Christians. There are also smaller minorities of Catholics, Protestants, Greek Orthodox and Jews.

Population growth is 1.7%, life expectancy for women is 74.5 and for men it is 69.3 years. The literacy rate is given as 71.4%, although children from six to twelve years are required to attend school with free tuition. Health and social services are relatively well developed in cities, for example there is health, old age and disability insurance for employees. 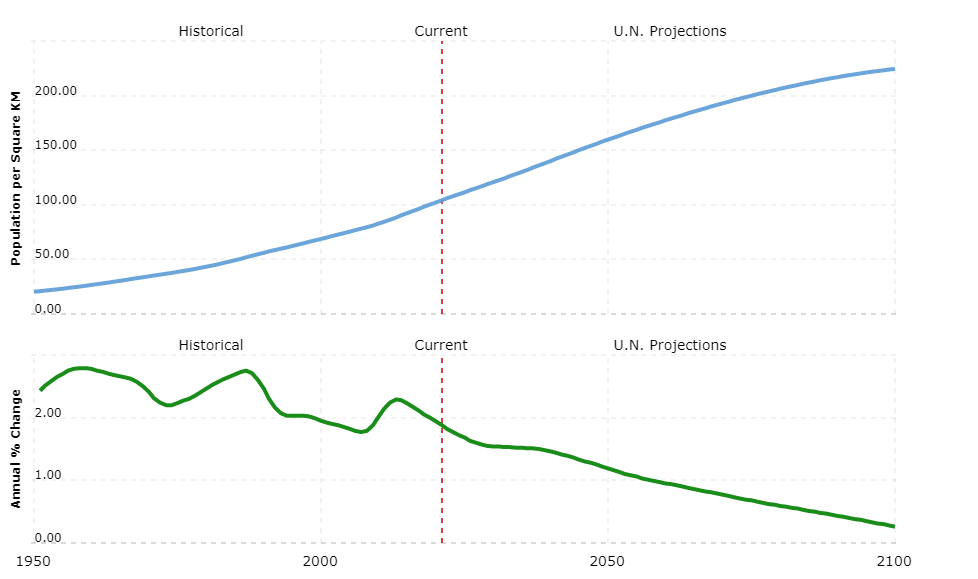 The Arab Republic of Egypt is a socialist-democratic state (presidential republic) according to the 1971 constitution. A new constitution has been drawn up since June 2012.

The President is directly elected every four years (Adli Mansur since July 2013). He appoints the Prime Minister (Hasim al-Beblawi since July 2013) and the cabinet members. He also has a right of veto over legislation, can issue decrees and dissolve parliament.

The legislature lies with the People’s Assembly (Majlis al-Sha’b), the 508 members of which, apart from ten (these are appointed by the Military Council), are elected by the people for a term of five years. The Shura Council (Majlis al-Shura), which has a total of 270 seats, has an advisory role. 180 members are elected by the people, 90 are appointed by the Military Council. Both institutions are currently dissolved.

Egypt is divided into 29 administrative districts (muhafazat), each headed by a governor in the ministerial rank. According to the constitution, Islamic law (Sharia) applies in Egypt. The high judges are appointed directly by the president.

Political debates and clashes of power are currently severely affecting the economy. A sustainable recovery does not get going. Very little growth is achieved.

Egypt is one of the middle-income developing countries. Unemployment in the country is estimated at 15%, the actual number being far higher than officially stated. Another problem in Egypt is the high population growth, which has decreased to 1.7% in recent years.

One of the main sources of income in Egypt is tourism, which reached a record level in 2010 with almost 15 million foreign visitors. However, the industry has suffered particularly badly since the revolution. Another important role for government revenue is the income from the Suez Canal, income from oil deposits and development and military aid from western donor countries.

Agriculture accounts for around 18% of the gross domestic product (industry approx. 15%, services approx. 67%), around a third of all employees work in this area. Just under 4% of the country’s area can be used for agriculture, the areas are limited to the Nile Valley, the Nile Delta and some oases. The most important agricultural product is cotton, and rice, corn, wheat, sugar cane, millet, potatoes and vegetables are also grown. Through the year-round irrigation, two to three harvests a year are possible, but the population’s own needs for basic food cannot be met. Cattle, cattle, water buffalos, sheep and goats are kept in cattle farming. Fishing plays an important role.

Egypt’s most important mineral resources are the oil deposits in the Gulf of Suez, the Kattara Valley and on the Sinai Peninsula. Oil represents around a quarter of the country’s export volume. Natural gas has also been increasingly extracted in recent years. The mining of phosphates and iron ore plays a major role in mining. The most important branches of industry are the textile and food processing industry, the chemical and construction industry and the cement and metal production. The energy requirements are met with hydropower (Aswan dam), nuclear power and natural gas.