The Republic of Ecuador (Spanish: Rep¨²blica del Ecuador) is located in the northwest of South America directly on the equator. The country is enclosed in the north of Colombia and in the east and south of Peru. The western part of the country has a 2,237 km coastline to the Pacific Ocean. See Ecuador country abbreviation.

Three large landscapes can be distinguished on an area of ​​272,045 km². A quarter of the total area is taken up by a 160 km wide lowland (Costa) on the Pacific, which is crossed by the coastal cordillera (up to 600 m high). Another quarter occupies the Andean highlands (Sierra). It consists of the western and eastern Cordilleras and several basins that lie as sinks between the mountain ranges. In the western part of the mountain ranges, the Chimborazo rises with 6,272 m as the highest mountain in the country. The highest active volcano on earth, the 5 897 m high Cotopaxi, is located in the eastern Cordilleras. The third large landscape in Ecuador is the lowlands in the east (Oriente), which occupies about half of the national territory. It belongs to the catchment area of ​​the Amazon. The Galapagos Islands also belong to the national territory, which are about 1,000 km off the coast of the country in the Pacific Ocean. The volcanic archipelago consists of 13 larger and 17 smaller islands and has a total area of ​​7,812 km². More than half of it, 4 275 km², occupies the largest island Isabela.

Numerous rivers arise from the Andean highlands of the Sierra. Depending on their origin, they either flow to the nearby Pacific or via the rivers of the Amazon region into the Atlantic. The most important river system in the Pacific lowlands is the R¨ªo Guayas, whose tributaries originate on the western edge of the Andes. The river flows into a fertile river delta in the Pacific. However, the majority of the Ecuadorian rivers flow through the eastern lowlands to the Amazon region. Among them is the economically important R¨ªo Napo River, which rises in the eastern part of the Andes.

Ecuador is located in the inner tropics, the equator line runs straight through the country. The temperatures therefore show hardly any seasonal fluctuations. The respective altitude of a landscape is the decisive factor for the temperatures, which are up to 27 °C in the Oriente (Guayaquil January 24 °C, July 27 °C), but 14 °C in the highland basin (Quito January 14 °C, July 14.5 °C). At altitudes of up to 4,000 m, the average temperatures drop to values ​​of up to 6 °C.

The comparatively cool Humboldt Current also has an impact, particularly in the coastal area. It is also called the Perustrom and leads cold Antarctic waters, supported by parallel winds, to the west coast of South America. In addition, it takes nutrient-rich water up from the depths of the sea, thereby promoting fish populations.

The average annual rainfall in the Costa is 2,000 to 4,000 mm. The values ​​fall to 250 to 1,500 mm in the highland basins, which are closed off by high mountains, and can be up to 5,000 mm high on the eastern slopes of the Andes. The average values ​​in the Oriente are 2,200 mm. The main period of precipitation in the Oriente is April to June, in this region the rainfall also reaches higher values ​​in October. In the rest of the country, the main rains fall from January to May.

Ecuador’s soils are among the most diverse on earth. Soil types include volcanic soils in the Andes, alluvial soils in the river marshes of the R¨ªo Guayas and the soils of the Amazon lowlands in the east, which have not yet been fully explored. The flora of the country is just as diverse as the soils. In addition to these, the altitude and the amount of precipitation are influencing factors. In the southern section of the coast there are semi-deserts, which first pass to the north and east in savannas, then into semi-and evergreen rainforests in the northern lowlands and eastern oriente. In the Cordilleras there is mountain and cloud forest, which is replaced by P¨¢ramo vegetation from 3 500 m (a vegetation form that occurs in moist tropical mountains and has rosette and cushion plants as well as tufted grasses). The flora in the tropical rainforest in particular is very diverse. In the areas of maximum rainfall at an altitude of 1,500 m above sea level, the forest is most densely concentrated. While the rainforests of the coastal region have already been greatly reduced by deforestation, the inaccessibility of the Oriente has so far prevented a similar development in the eastern part of Ecuador.

The wildlife in the rainforest is as diverse as the flora. Various monkeys live here, including woolly monkey and howler monkey. Carnivorous mammals also inhabit the primeval forests of Ecuador. These include u. a. Jaguar, fox, weasel, ocelot and raccoon. Hoofed animals in the rainforest include tapir, deer and umbilical pig. In addition, numerous rodents and bats live between and in the trees.

About 1,500 bird species can be found in Ecuador, including numerous migratory birds that migrate from North America in winter and leave the country in summer. Condors live in the Andes. There is also a small deer deer, the so-called pudu.

The Galapagos Islands have a unique wildlife. In addition to marine iguanas, giant turtles and cormorants, the finches of the island (Galapagos finches), which differ only in details, have become world famous due to Charles Darwin’s research.

Around 13.35 million people live in Ecuador, about 60% of the population in the numerous cities. The country has two major cities: the capital Quito and Guayaquil. Quito (officially: Villa de San Francisco de Quito) is located near the Pichincha volcano at an altitude of 2,850 m. It is the oldest South American capital and its foundation goes back to the Kingdom of the Quitu, an Indian tribal federation. The city has about 1.5 million residents (agglomeration). Guayaquil (officially: Santiago de Guayaquil) is the largest city with approximately 2.7 million residents (agglomeration) and at the same time the main port of Ecuador on the west bank of the Guaya River.

The population of the country is very heterogeneous with 65% mestizos, 7% whites, 25% indios and 3% blacks. Religious affiliation, on the other hand, shows a much more uniform picture: 95% of the population belong to the Roman Catholic faith, about 5% are followers of popular religions.

The official language is Spanish, which is spoken in administration and trade. Most of Ecuador’s Indians are bilingual, meaning that they speak Spanish, which is partly influenced by Quechua, as well as their native language. The Quechua, who live in the Sierra, form an ethnic group of several hundred thousand people, which in recent years has increasingly developed a feeling of togetherness that extends beyond the village level. Quechua was once the administrative language of the Inca Empire. According to COUNTRYAAH, 8.5 million Indians of this tribe live across the countries of the Central Andes of South America.

Life expectancy in Ecuador, like in most other South American countries, is around 76 years, and population growth is 1.1%. 92.5% of adult Ecuadorians can read and write. 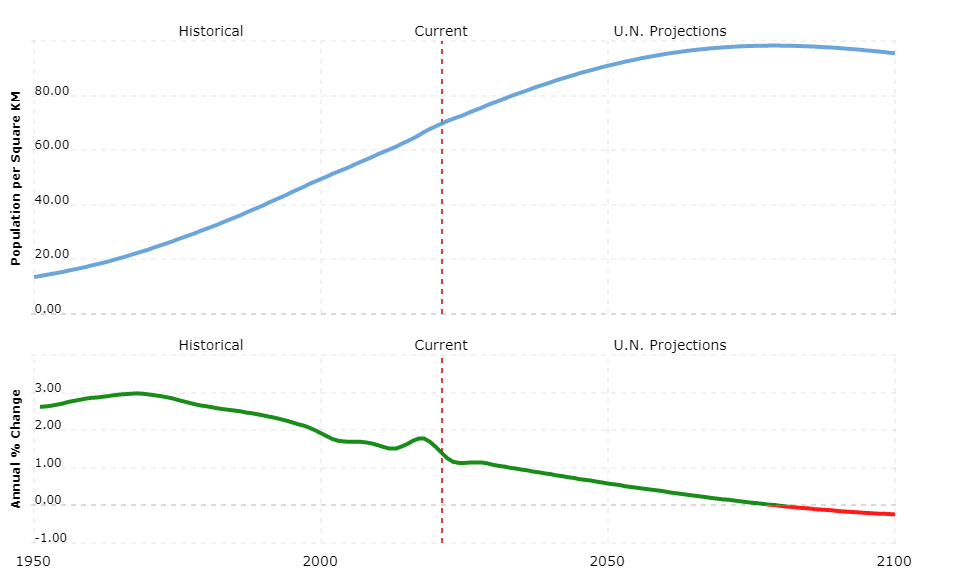 According to the 2008 constitution, the Republic of Ecuador is a secular presidential republic. The president, who is also head of government (Rafael Correa since 2007), is elected directly by the people for four years. A one-time re-election is possible. The president is also commander in chief of the army.

Parliament, the Chamber of Deputies (C¨¢mara de representantes) with 124 members, is also elected every four years. Voting rights exist from the age of 16, compulsory voting from the age of 18.

The country is divided into 24 provinces.

At the turn of the millennium, the economy of Ecuador was in a crisis, the causes of which were to be found in the lack of reforms in the outdated structures. However, there is now positive economic and social development. The country is still geared towards the export of raw materials (especially crude oil and bananas) and is therefore heavily dependent on the world market (fluctuating prices). In 2012 the growth was 5.0%. This also improved poverty in the state; the proportion of the population with an income below the poverty line fell to a (still high) third. External debt also fell, but is still over a fifth of gross domestic product (GDP).

Agriculture employs 29% of the workforce. In addition to bananas, cocoa, coffee and sugar cane are primarily grown for export. In the highlands, cereals, potatoes and vegetables are cultivated for domestic needs. The fishery finds good fishing grounds in the Gal¨¢pagos Islands and in the fish-rich area of ​​the Humboldt Current, and there are also important crab farms on the coast.

In the industrial sector, the plants of the chemical industry and metal production are of particular importance. After extensive oil discoveries in 1967, this raw material replaced bananas as the most important export product. Due to the slow depletion of the deposits, the share of crude oil in the export volume is declining. Import goods are raw materials, capital and consumer goods as well as machines. The main trading partners are the USA, China and Colombia.

By far the largest seaport is Guayaquil, Puerto Bol¨ªvar is particularly important for banana exports. International airports are located in the largest cities in the country, Guayaquil and Quito.

The US dollar has been the official currency in the country since January 1, 2000.