The Dominican Republic (Spanish: Rep¨²blica Dominicana) is located in the Greater Antilles in the area of ​​the West Indies (also: Caribbean Islands), an arch of islands that stretches from Florida to the coast of South America. With an area of ​​48,700 km², the country is slightly larger than Switzerland. The Republic shares the island of Hispaniola with Haiti, its smaller neighbor in the west. Otherwise, the country is surrounded by the Atlantic in the north and the Caribbean in the south. See Dominica country abbreviation.

The Mona Passage (Canal de la Mona) is located between the outermost east tip and the opposite Puerto Rico. The mountain ranges and valleys of the Cordilleras, which run from northwest to southeast, characterize the mountainous country, which is preceded by a coastal plain in the south. The highest mountain in the country – and at the same time the Caribbean – is the Pico Duarte with 3 175 m height. It is located in the center of the Dominican Republic in the Cordillera Central, which merges with the Massif du Nord in Haiti. Numerous rivers flow through the country, including the east of the Rio Yuna and the north of the Rio Yaque del Norte. The largest natural lake is Lago de Enriquillo near the Haitian border.

The Dominican Republic has a tropical climate that is influenced by the trade wind. This constantly blowing wind moves the air masses from the subtropical high pressure belt towards the equatorial low pressure channel and causes the alternation of dry season in winter and rainy season in summer. The temperatures vary little over the year. In the capital Santo Domingo they are 24 °C in January and 27.5 °C in July. In contrast to the temperatures, the precipitation is very different both seasonally and regionally. Up to 2,500 mm fall on the mountain ranges annually, while the longitudinal depressions only reach half, in exceptional cases even less.

Fertile soils (with the exception of the regions in the extreme southwest) have created a rich flora. The mountain slopes are mostly forested with pines and hardwoods, although large areas in the lower areas have been cleared and converted into cultivated land. The drier areas are covered with shrubs and stunted trees (thorn bush steppe). Palm trees are common across the country. The mountains in the northeast are covered by evergreen rainforest, in the northeast there are mangroves in the coastal area.

Larger mammals are rarely found in the wild. Alligators live at the mouths of the Yaque and in Lake Enriquillo. In contrast to mammals, the bird population has a wide range. Fish and shellfish live in the coastal waters around the island. Humpback whales can be seen on the north coast in winter. Round-tailed manatees are also native to the coasts. However, the up to 4.5 m long animals are threatened with extinction, just like the rat-like slot weevil, a mammal species only found in Central America, which specializes in insect hunting with its proboscis nose.

According to COUNTRYAAH, 8.75 million people live in the Dominican Republic; 73% of them are mulattoes, 11% black and 16% white. The largest city is Santo Domingo with around 2.73 million residents (agglomeration). Other major cities are Santiago de los Caballeros, San Pedro de Macor¨ªs and Barahona. Due to its long colonial history, the Dominican Republic is culturally Spanish. Accordingly, the vast majority of the population (95%) is Roman Catholic. Small Indian groups live in the northern regions. The colloquial and official language is Spanish, and Creole, of French origin, is common on the western border with Haiti.

The average life expectancy in the island kingdom is 67.3 years, the literacy rate 85%. The population grows by 1.5% every year. 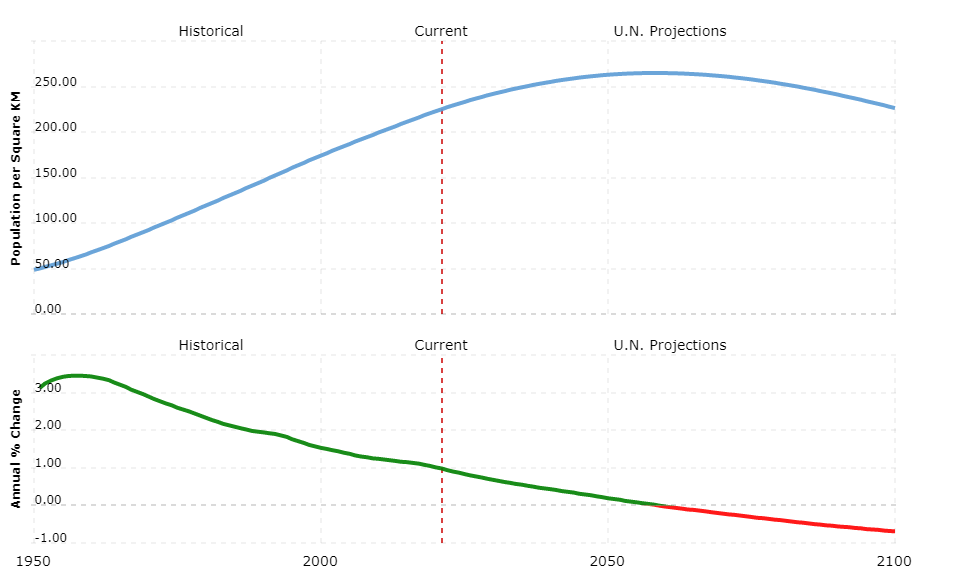 The Dominican Republic is a presidential democracy according to the 1966 constitution. The chief executive and thus head of government is the president, who has been directly elected by the people for four years (since August 2012 Danilo Medina S¨¢nchez).

The bicameral parliament consists of the Senate with 32 members and a Chamber of Deputies with 183 members. The legislative period of the members of both chambers is four years.

The republic is divided into ten regions, which in turn are divided into 31 provinces and a national district with the capital.

The Republic’s trade has traditionally been very much focused on the USA. At the same time, the United States provides large-scale economic aid, thereby exerting a strong political and economic influence on the Dominican Republic. A counterbalance to this is the increasing focus on neighboring Caribbean countries. This was demonstrated in 1998 in a free trade agreement with CARICOM, which represents a union of fifteen Caribbean countries in a common market. Due to the high number of tourists from Europe, the EU is the third economic pillar of increasing importance for the state.

Tourism, transfers from nationals working abroad and profits from free trade areas are the main sources of income for the state. Telecommunications, services and the construction sector in particular show positive trends, whereas mining and agriculture are becoming less important. Accordingly, services account for 63% of the gross domestic product, industry 31% and agriculture 6%. Agriculture uses over two-thirds of the total area of ​​the state, with half of the acreage in the hands of fewer landowners or state-owned.

The most important import goods are crude oil and petroleum products, industrial goods, machinery, vehicles and food, the most important export goods are nickel, sugar and molasses as well as coffee and cocoa. Gold and silver are also exported. Exports go to the USA, followed by Haiti, the PR China and others. The USA also imports most of the Dominican Republic.

The currency is the Dominican Peso.