The Republic of Chile (Spanish: Rep¨²blica de Chile) is located on the west coast of South America and has an area of ​​756,950 km². This makes the country slightly more than twice the size of Germany. It stretches over 4,300 km from its northern border with Peru to its extreme southern tip near Cape Horn. The elongated but narrow country is between 90 and a maximum of 445 km wide. In addition to borders with Peru and Bolivia in the north and northeast of the country, Chile has a long eastern border with Argentina, the west of the country borders with the Pacific. In addition to the mainland, Easter Island, the Juan Fern¨¢ndez Islands, San F¨¦lix, San Ambrosio and Sala y G¨®mez in the Pacific belong to the state territory. Chile also claims a 200 nautical mile wide maritime area around the country and part of the Antarctic. See Chile country abbreviation.

Geographically, the country can be divided into five landscape zones from north to south and three from east to west. From north to south, these are the so-called Great North (up to the 27th southern latitude), the Little North (up to the 33rd), Central Chile (up to the 38th), the Little South (up to the 42nd) and the Great South (to Cape Horn). From the east to the west, it is the Andes that extend as part of the High Cordilleras that run from Tierra del Fuego to Alaska, in between a longitudinal valley formed as a tectonic depression and parallel to the Pacific coast the mountain chain of the coastal cordilleras.

The mountainous country is characterized by extreme landscapes. For example, in the Great North there are desert-like regions such as the Puna de Atacama, a drainless saline basin between the two mountain ranges of the high and coastal Cordilleras. The main settlement area of ​​the country, however, can be found in central Chile. The Republic has the highest elevation in the world’s highest volcano, the Ojos del Salado (together with Argentina), which is 6,880 m high and is located in the northern Andes in an area with numerous extinct volcanoes. Persistent tectonic movements (the oceanic Nazca plate slides under the American plate) repeatedly lead to earthquakes, which mainly affect central Chile.

On large lakes, Villarrica, Ranco, Puyehue, Llanquihue, west of the High Cordillera, formed by defrosted glaciers from the ice age are worth mentioning. The rivers of Chile mostly run in an east-westerly direction (the Andes serve as the watershed of the continent) and are only short due to the proximity of the mountain ranges to the Pacific.

According to its elongated shape, there are very different climate zones in the country. From north to south, this is a marginal tropical zone in the extreme north of the Andes and a subtropical arid zone in the great north, especially in the Puna de Atacama, which is extremely dry. Especially in the coastal zone in the north, the cool Antarctic currents of the Humboldt Current often cause fog. Accordingly, the annual rainfall in the city of Antofagasta is 15 mm, the average temperatures in January at 22 °C, in July at 14 °C. The Little North and northern Central Chile are in the area of ​​the summer dry subtropics, with the frequency of rain increasing towards Central Chile. The capital of Chile, Santiago, has annual rainfall of 365 mm and an average temperature of 20 °C in January and 8.5 °C in July. The Little South lies in the cool, temperate, always humid zone with very high rainfall. The city of Valdivia has annual rainfall of 2,700 mm, with average temperatures of 17 °C in January and 8 °C in July. To the south, the climate changes to a subantarctic in the great south. The mean temperatures in the city of Punta Arenas are 10 °C in January and 1.5 °C in July. There is 367 mm of rainfall per year.

The flora in Chile corresponds to the climate zones of the latitudes where the respective landscapes are located. Only in the Andes is the height a factor that also determines vegetation. For example, xerophyte shrub and upholstery vegetation can be found in the high Cordilleras. Succulents, on the other hand, grow inside the desert zone (Atacama) without vegetation and salt water. In these latitudes, the coast has dwarf shrubs and cacti. In the so-called Little North further south, dwarf shrub steppe and thorny shrub and succulent vegetation are paramount.

Central Chile shows – due to intensive cultivation – only rudimentary remnants of the once large hardwood forests. There are cedars, various types of beech and evergreen shrubs. The Little South has deciduous deciduous forest. Dense forests stand on the western flanks of the Andes. Dense rainforest also grows along the coast. The Antarctic beech and the Chilean cedar are particularly common in the southern forests. On the rainy islands of the Chilean part of Patagonia and Tierra del Fuego, the trees are smaller due to low temperatures and continuously blowing wind, only dwarf versions of beech and grass can thrive here. In eastern Patagonia there is a steppe landscape that is overgrown with grasses and herbs.

The Chilean wildlife is less diverse than in other South American regions, especially the northern deserts are a natural barrier for migratory movements of animal populations. Numerous rodents occur in the Chilean Andes, especially the chinchilla (wool mouse). Bag rats are found in the deciduous and rain forests in the south. The swamp beaver lives in the rivers and lakes of southern Chile. In the high Andes, but also in other regions of the country, there are domesticated llama species called alpaca, whose wool is known worldwide for its quality. The heraldic animal of Chile, the deer, lives only occasionally in the southern Andes. Predators are rare, the largest predator species in Chile is the puma. Wolves and foxes can be found in remote areas. In northern and central Chile in particular, numerous species of birds, such as parrots and flamingos, live; the condors once found in the Andes have been greatly decimated. The Carancha, a bird of prey, is native to Patagonia. Numerous species of amphibians inhabit the wetter regions of the country, including a frog named after Charles Darwin.

16 million people live in Chile. The official language is Spanish. The largest city in the country with 5.6 million residents (agglomeration) is the capital Santiago de Chile, it is located in central Chile, the most populous region of the country. The majority of the Chileans are a mixture of Europeans and Indians. Whites and mestizos make up almost 95%; there are only around 3% of the originally indigenous Indians.

According to COUNTRYAAH, 87% of the population are Christians (the vast majority of them Catholics), 12% are non-denominational, a very small percentage belongs to other religious communities. Basque families in particular, who immigrated to the country in the 18th century, still make up the country’s social elite. Due to forced settlement in the 19th century, there are numerous citizens, especially in the Chilean lake area in the south, who immigrated from Germany and Switzerland. The only Indian tribe that managed to maintain its cultural identity is the Araucanian tribe, which inhabits the region between B¨ªo-B¨ªo and the Tolt¨¦n River.

Life expectancy is relatively high at 77 years; the population grows by 0.8% every year. The illiteracy rate is given as only 3.5%. 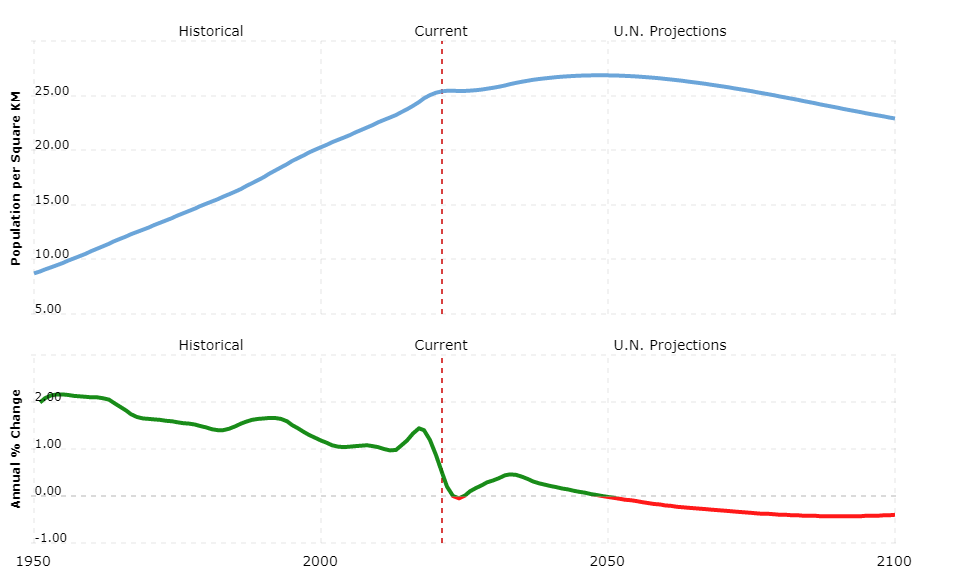 Chile is a presidential republic according to the 1980 constitution. The president (Michelle Bachelet Jeria, since March 2006) determines the policy guidelines, appoints and dismisses cabinet members, the region’s governors and governors, as well as other important state and administrative offices. He is elected directly by the people every four years, direct re-election is not possible.

The bicameral parliament consists of the House of Representatives (C¨¢mara de Diputados) with 120 members elected for four years and the Senate (Senado), which consists of 38 members. The senators are elected for a period of eight years, partial elections are held every four years. The right to vote exists from the age of 18; the electoral obligation was abolished in 2011.

Chile is divided into 14 regions and the capital region as well as 54 provinces.

The governments under the two socialist presidents since 2000 have also maintained the neoliberal economic model adopted by their predecessors. Chile is one of the more industrialized countries in South America with strong foreign trade and stable economic growth of around 5%. The unemployment rate (2012: 6.2%) is moderate for South America, the inflation rate was only 1.5% in 2012. Nevertheless, around 15% of the population still live below the poverty line.

11% of the workforce works in agriculture. The main cultivation area for agricultural goods is the large longitudinal valley in central Chile, where wheat, corn, rice, potatoes and legumes are grown. Much is also produced for export, including grapes, citrus, vegetables and wine. Existing livestock farming cannot meet its own needs, while sheep farming exports high-quality wool. Another plus in the economic area is the abundance of fish in the Humboldt Current. Large amounts of fish are caught in the fishery protection zone, which extends over 200 nautical miles (fish meal export).

Industry generates 39% of gross domestic product (GDP). The exploitation of raw materials and mining has been one of the most important industrial sectors since the 19th century. Chile is one of the largest copper producers, about a quarter of the world’s deposits are in the country. Alongside food, cellulose and paper, copper is therefore the most important export good. Other raw materials are also mined, especially iron ore, saltpetre and iodine. Oil, natural gas and coal are extracted on the Magellanstrasse.

The most important import goods are fuels, chemical and technological products, machines and vehicles. The main imports are from the USA and China, while the export to China, Japan, the USA flows among others.

Numerous hydropower plants generate about half of the country’s energy, followed by coal and natural gas.

The infrastructure is well developed and a lot has been invested here due to the stable economic growth in recent years. There are over 80,000 km of roads, of which 63,000 are unpaved, and 6,500 km of rail. Air traffic plays a major role due to the country’s expansion. An international airport is located in Santiago de Chile.

The currency is the Chilean peso (= 100 centavos).