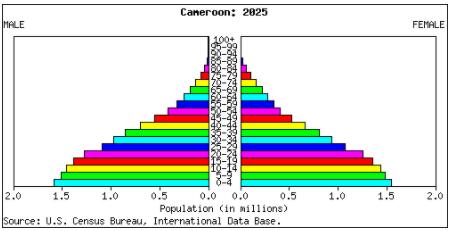 According to the INS (Institut National de la Statistique), the population mark of 20 million was reached in 2012. 56% of the population now lives in cities, with the big urbanization surge already taking place in the 1990’s. With urbanization rates of around 3.5%, migration to the urban centers continues – with all the associated problems. But also outside the cities, the population distribution is very different depending on the region. In the north there are both densely populated areas with a population of 90 E / km², such as in the Mandara Mountains, as well as sparsely populated areas, such as the Adamaouaplateau, with an average of less than 5 residents / km². The population growth is currently 2.58%. Life expectancy is around 58 years for men and around 60 years for women. The infant mortality rate is 53 deaths / 1000 live births. The proportion of “under 25-year-olds” in the total population is over 60%. The “average Cameroonian” is therefore just over 18 years old. The most up-to-date statistical data can be found in the annual statistics of the INS (Institut National de la Statistique).

Cities and other forms of settlement 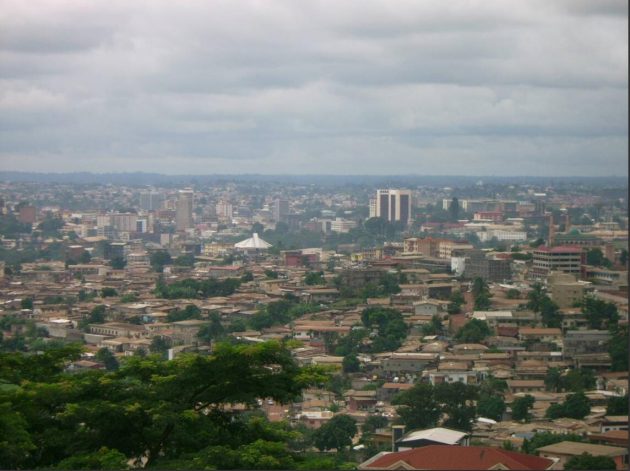 Other important cities in Cameroon with populations over 100,000 are mostly also the capitals of the total of 10 provinces or regions. There are also over 50 cities with a population between 10,000 and 100,000. 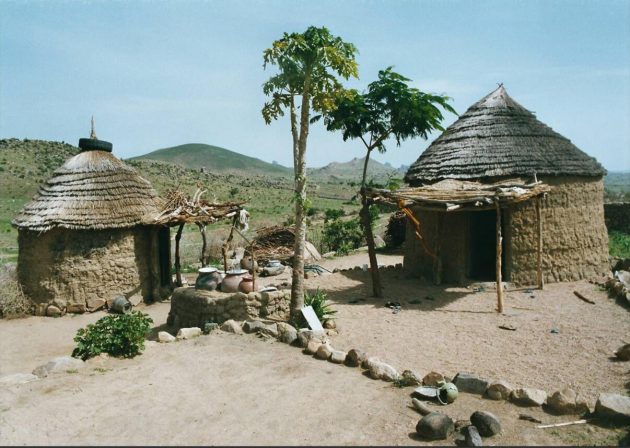 In addition to the sedentary population, there are (sometimes only seasonal) nomadic population groups in Cameroon such as the Mbororo or the Pygmies.

Cameroon’s geographical location with access to the sea and a regionally important port automatically makes it an important transit country for the flow of goods to neighboring “landlocked developing countries” such as Chad and the Central African Republic. However, there is still a lot going on in terms of traffic in order to make economic use of this favorable location.

The roads of Cameroon (approx. 50,000 km) are only paved to 10%. Asphalt roads are mainly found in and around the important cities, regionally they are concentrated in the south. On the well-developed routes, the express bus connections are very important for passenger transport. There is a long-distance paved connection between the south and the north of the country. It leads via Bertoua, Garoua-Boulaï, Ngaoundéré, Garoua and Maroua, on to N’Djamena (Chad). 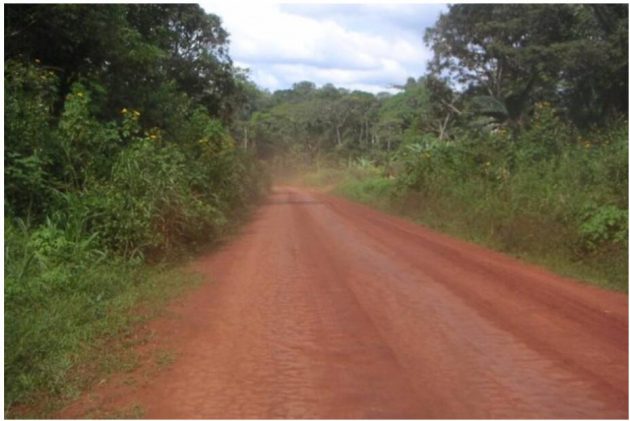 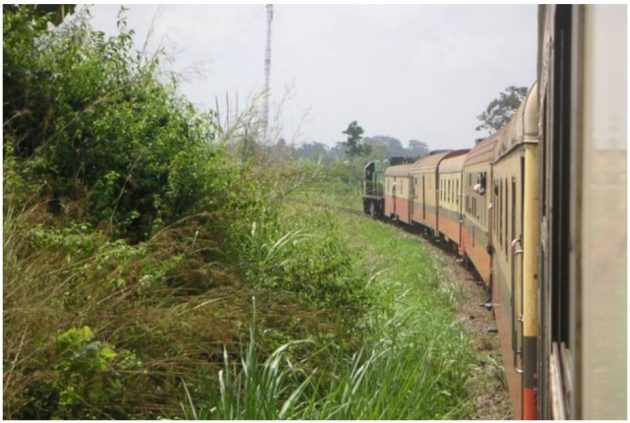 Air connections in Cameroon have been very unreliable for years, as the national state airline Cameroon Airlines was in constant trouble. In March 2008 the flight operations of Cameroon Airlines were finally stopped. The successor line CAMAIR-Co has since started operations. The crisis mainly affects the Cameroonian internal connections between the south (Douala, Yaoundé) and the north (Ngaoundéré, Garoua, Maroua), but also the international flight connections from Douala and Yaoundé.

The most important seaport is the port of the economic metropolis Douala. Almost all of the country’s imports and exports are handled through him. 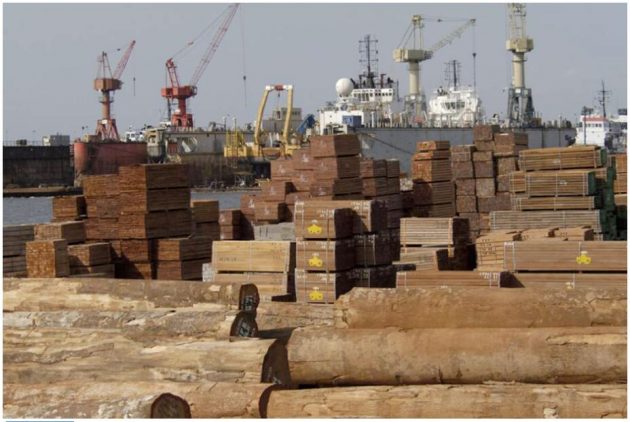 The name “Cameroon” has Portuguese roots.

When the Portuguese anchored in the shrimp-rich Wouri, they called the river “Rio dos Camarões”, meaning crab river. This name was adopted by the Spaniards and translated to “Rio dos Camerones”. The British anglicized “Camerones” to “Cameroon” and referred to the entire coastal area around the Wouri estuary. Ultimately, the Germans took over the name as “Cameroon”, which initially only applied to the region around the mouth of the Wouri, and later to the whole country. 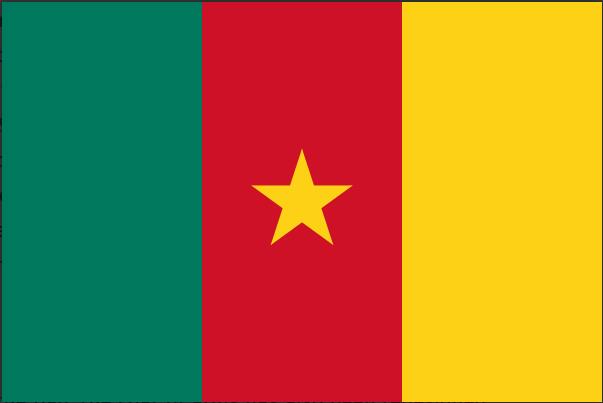 The national flag has changed several times in the course of Cameroonian history. In its current form, as a tricolor with three vertical stripes in the pan-African colors green, red and yellow, with a yellow star in the red field, it has existed since May 20, 1975 (May 20, 1972 foundation of the United Republic of Cameroon). Green stands for hope or the rainforest, red for sovereignty or the blood of the “martyrs” (Cameroonian independence), yellow for wealth or the Sahel, the “golden” star stands for the union of anglophone and Francophone part of the country. 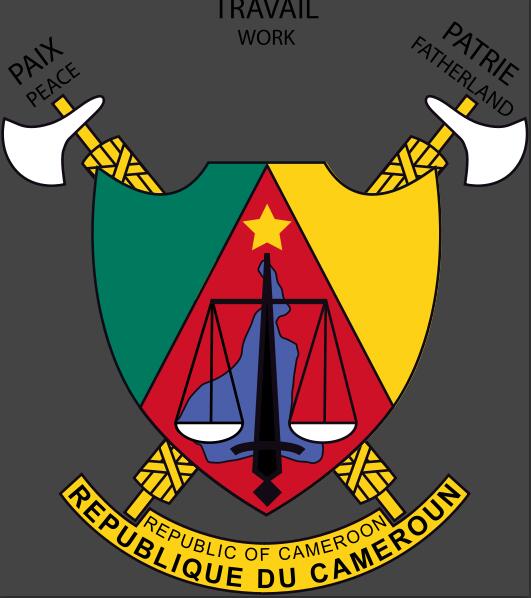 Coat of arms of Cameroon

The “Chant de Ralliement” or “Rallying Song” was officially introduced in 1957 and was used long before independence. The melody of the national anthem and its text were a collaborative effort by Samuel Minkio Bamba (1911-?), René Djam Afame (1910-1981), Moïse Nyatte Nko’o (1910-1978) and others: The result of a school assignment that the students the Ecole Normale de Foulassi (near Sangmelima) was established by her French teacher in 1928. After that, the text was only slightly changed once (1978). The English text is by Bernard Nsokika Fonlon (1924-1986). 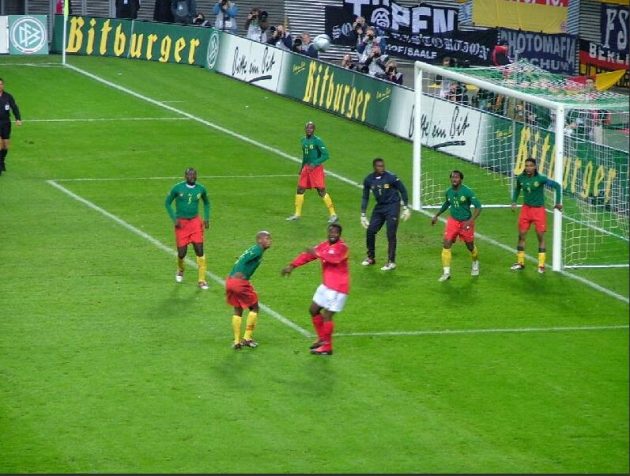 According to threergroup, Cameroon is a country located in Central Africa. Football is the national sport of Cameroon. Whether in the remote rainforest village of the Eastern Province or under the scorching sun of the north, there is a place everywhere to chase the ball. And at the games of the “Lions Indomptables” or the “Lionnes Indomptables”, the “Indomitable Lions” or “Indomitable Lionesses”, Anglophones and Francophones, “Nordists” and “Southists” actually become Cameroonians.

An important international football event is the hosting of the Africa championships. In Cameroon, which was already the host country for the Championnat d’Afrique de football féminin in November / December 2016, the Coupe d’Afrique des Nations should also take place in June / July 2019. A national challenge that ended in disaster.