The Republic of Cameroon is located in Central Africa and borders Nigeria to the west, Chad to the northeast, the Central African Republic to the east, the Republic of the Congo to the southeast and south, and Equatorial Guinea to the south.In the west, the country has a coastline of around 400 km on the Atlantic(Gulf of Guinea). With an area of ​​475,442 km², Cameroon is one third larger than Germany. See Cameroon country abbreviation.

In the center of the country, the Adamaoua plateau lies at an altitude of 1,000 to 1,500 m above sea level. Scattered mountain ranges protrude from the highlands and reach heights of over 2,000 m. The highest mountain at 2,679 m is the Muti in the Bambouto Mountains in the northwest of the country. In the north, the plateau descends to the Chad basin, in the far north the country shares in Lake Chad. To the west of the Adamaoua highlands is a coastal plain up to 130 km wide. In the northwest, in the immediate vicinity of the coast, is the still active volcanic massif of the Cameroon Mountain, at 4,070 m the highest elevation in the country. The longest of Cameroon’s numerous rivers is the Sanaga, which flows through the highlands from northeast to southwest and flows into the Gulf of Guinea.

The climate in Cameroon is tropical, with the Adamaoua highlands dividing the country into a relatively dry north and a humid tropical south. In the north, the average rainfall amounts to 500 mm annually, a large part of the rain falls from May to October. The temperature differences between day and night can be very pronounced. Rainfall is consistently higher in the southern part of the country, around 4,000 mm is measured in the coastal area, and the western slopes of Cameroon Mountain are among the rainiest areas in the world with up to 10,000 mm of rainfall. The average temperatures on the coast are around 25 °C all year round, inland the average is around 22 °C.

The southern third of Cameroon belongs to the tropical rainforest belt. Half of the country is covered with forests. To the north, the rainforest initially merges into moist savannah with gallery forests, then in shrub savannah to the thorn shrub savannah in the north. Mangrove swamps can be found in the coastal areas.

The large forest areas in Cameroon offer a suitable habitat for a large number of animal species, whereby both fauna and flora are increasingly restricted by logging and the cultivation of cultivated land. Today, many of the animal species are rarely found outside one of the 14 protected areas. In Cameroon, elephants, buffalos, various antelope species, giraffes, warthogs, lions, leopards, various types of monkeys (gorillas, chimpanzees, mandrels, vervet monkeys) as well as pangolins and rhinos are found. Crocodiles and hippos live on the fish-rich rivers.

Around 16.38 million people from many different peoples live in Cameroon. There are a total of around 200 ethnic groups, the majority of which belong to the Bantu (especially in the south of the country) and the Sudanids. Ethnic groups include the Bamil¨¦k¨¦, Fulbe, Douala and Tikar. The population density is low and is around 34 residents per square kilometer, but is very different regionally. Metropolitan areas are the southern parts of the country and the coastal areas, where most of the cities are located, and the savannah areas in the north of the country. The country’s largest city is Douala on the Gulf of Guinea, followed by the capital Yaound¨¦ and Garoua (358,000 residents).

The official languages ​​in Cameroon are English and French, with French mainly being used. Furthermore, over 20 languages ​​from different ethnic groups are spoken. According to COUNTRYAAH, about 40% of the population are Christians (mostly Catholics) and around 20% are Muslims. Natural religions are widespread.

The standard of living of most of the population is low, and income is extremely unevenly distributed; half of the people live in poverty. The medical care of the population is inadequate, especially outside the larger cities. Life expectancy is around 48 years, over 40% of the population are younger than 15 years. Population growth is high at around 2.1%, despite an infant mortality rate of 6.8% and an equally high HIV infection rate. A social security system is emerging, the expansion of the education system is the declared goal of the Cameroon government and is beginning to bear fruit: in the past few years, the literacy rate has increased from 68 to 79%. 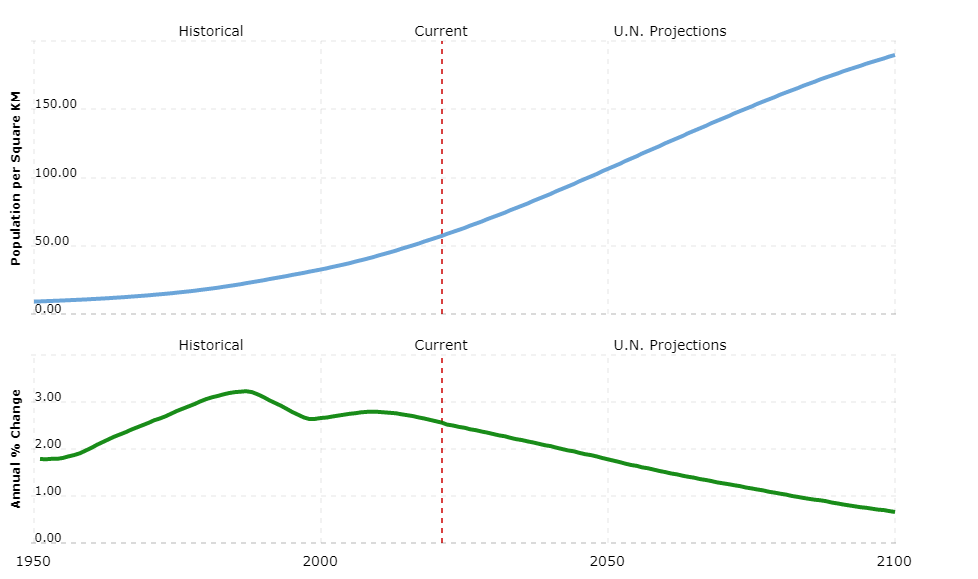 The Republic of Cameroon is a presidential republic in the Commonwealth based on the French model. The constitution dates from 1972. The head of state with far-reaching powers is the president (since November 1982 Paul Biya). He has a seven-year term (direct election by the people) with unlimited re-election. The Prime Minister (Phil¨¦mon Yang since June 2009) is appointed by the President, as is the cabinet on the proposal of the Prime Minister.

The legislature lies with the National Assembly, which consists of a chamber with 180 seats. The members are directly elected by the people for a term of five years. The President has the right to extend or shorten the parliamentary term. In accordance with the constitutional amendment of 1996, a second chamber in the form of a senate started operating in May 2013. It has a total of 100 seats for representatives of the individual regions. 30 of them are appointed by the President, the rest by indirect election. Cameroonian citizens get the right to vote at the age of 21.

The legal system is based on the French.

Cameroon is divided into ten provinces.

In the early 1990s, the depletion of oil deposits and a drop in world market prices initially led to an economic crisis; various international structural adjustment and aid programs have now brought some stability. Nevertheless, the economy remains extremely dependent on world market prices. About 40% of the population live below the poverty line.

Agriculture makes up a fifth of GDP; over half of the population is employed in this sector. Mainly in small businesses, bananas, jams, cassava, corn, millet, rice and beans are grown for their own use. Cocoa, coffee, rubber and cotton are mainly cultivated for export. Forestry is of great importance. Fishing is important both for the population’s own needs and for export.

The most important raw material in Cameroon is oil, which accounts for almost two thirds of exports. The deposits of bauxite, iron ore and natural gas have so far hardly been exhausted. Industry (one third of GDP) is geared towards processing agricultural and forestry products and is to be diversified in the future. Due to the many rivers in the country, most of the energy requirements can be covered by hydropower.

The most important trading partners for exports are the EU countries, especially the Netherlands, France, Italy and Belgium, as well as China. Food, machinery, consumer goods and fuel are mainly imported from France, China and Germany.

The infrastructure is moderately developed, around 1,000 km of rail and 4,300 km of paved road (a total of approx. 35,000 km) are available. The country’s economic center is the coastal city of Douala, which is the most important port and the largest of the country’s three international airports.