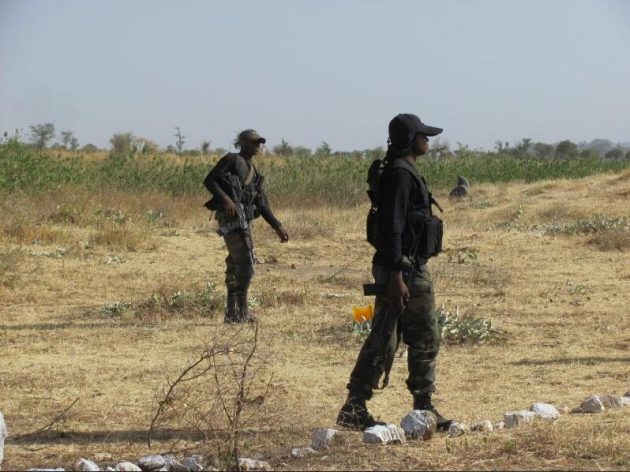 With regard to political, social and economic transformation processes, Cameroon still has many deficits. While the change in the economic field is progressing slowly, the path to a democratic and social constitutional state is particularly difficult – an analysis that has been the same for years.

The Cameroonian legal system is inconsistent. In addition to traditional jurisprudence, which is specific to each ethnic group, there is modern law, which continues to be determined by both British (common law) and French legal culture (Code Napoléon), despite a harmonization of the Criminal Code, which was approved by Parliament in 2006 was adopted.

The ‘Gendarmerie Nationale’ is the national police force. It has a military character and is part of the armed forces. It intervenes in non-urban areas, i.e. in the country. In contrast, the ‘Police Nationale’ is subordinate to the Ministry of the Interior.

Police or military special units are the Groupement spécial d’opérations / Special Operation Group (GSO), an elite police unit, as well as special units for combating muggers, such as the Anti-Gang Brigade founded in March 1998 (also: Groupement mobile d’intervention GMI, unités antigangs), the Commandement Opérationnel (CO, also: special or operational command) founded in 2000 or the Brigade d’intervention rapide (BIR), which has been in action since 2006. Problems of the police force are increasing violence and banditry on the one hand, corruption, arbitrary arrests and torture on the other.

The general security situation is characterized by increasing violent crime, especially in the cities and on the highways. Since the population’s trust in the judiciary and the police is very limited, and the frustration is all the greater, there are repeated cases of vigilante justice, which can lead to lynching.

Boko Haram – the war in the north

Although the international perception of the crisis is currently more focused on the Anglophone region of Cameroon, Boko Haram is very active in Cameroon and the war in the north is continuing. Despite the changed strategies of those involved in the war, the activities of Boko Haram led and continue to lead to an increasing destabilization of the northern regions of Cameroon. Assaults on North Cameroonian villages, mostly in the border region, with dead and kidnapped people are commonplace and lead to internal displacement. Nigerian refugees and Cameroonian internally displaced persons are creating refugee camps in the larger cities. The Cameroonian forces in the north wereincreased and there are always bigger battles.

In the meantime, the fight against Boko Haram has become international. After Nigerian and Chadian troops were relocated to Cameroon, the “Multinational Joint Task Force (MNJTF)” now includes armed forces from Nigeria, Niger, Chad and Benin, together with Cameroonian units. At the end of 2014, the Cameroonian Air Force launched air strikes against Boko Haram units after a Cameroonian military base was briefly captured. In early 2015, over 80 villagers from the Mokolo region were kidnapped by Boko Haram fighters and the villages were razed to the ground.

After a few months without any more spectacular clashes, Boko Haram struck several times in July 2015 in the Extreme-North region, using a different terrorist tactic: first in Fotokol, then, within a week, twice in Maroua. All three attacks were suicide bombings carried out by young (child) perpetrators. At least 30 people were killed and many more were injured. The city of Maroua, an important control center for the military action against Boko Haram and so far spared direct attacks, was in shock. The Cameroonian government responded by banning the Muslim full-body veil.

Between July and December 2015 there were at least 23 suicide attacks with around 120 dead. In September 2015 alone, there were several suicide attacks in the Extreme North region, with a total of over 50 fatalities. In the last of these three attacks – on the market in Mora, just before Tabaski – the catastrophe did not occur because of the attention of a police officer.

The last major Boko Haram attack on the Cameroonian military took place on Lake Chad in June 2019. Since the end of 2019, the civilian population has suffered more and more from recurring attacks.

Further negative effects of the war in the north are, on the one hand, the hindrance to school education, so that the north, which is already marginalized in terms of education, is even more affected. On the other hand, the conflict affects (agricultural) economic activities in the region. For this reason, and also to prevent recruitment by Boko Haram, the government is distributing sheep and goats to families in need in the endangered regions.

According to remzfamily, Cameroon is a country located in Central Africa. How is the war against Boko Haram in North Cameroon really going? How do the Cameroonian Armed Forces proceed? How far does Boko Haram’s influence go? Is there any support for Boko Haram from parts of the Cameroonian population? Many questions remain open: it is a war without witnesses.

The Cameroonian military and BIR are also coming under increasing criticism from human rights organizations. Amnesty International reported systematic torture of suspected Boko Haram supporters, including at the military base in Salak (Maroua airport), which is regularly visited by the US military.

In this context, the use of Bundeswehr soldiers to train Cameroonian gendarmerie members came into twilight.