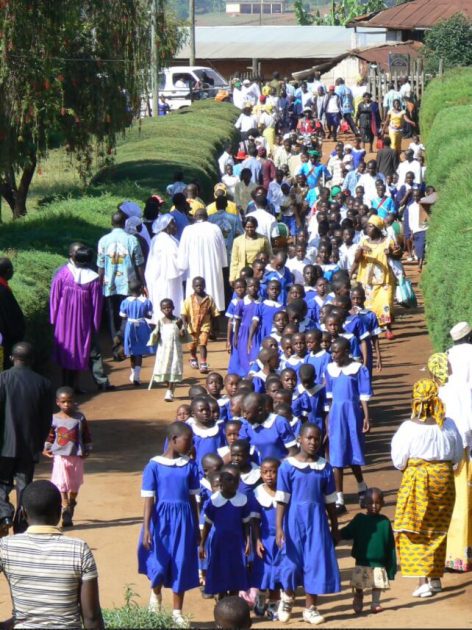 The history of formal schooling in Cameroon began with the European missionaries. Today there are two school systems in Cameroon: the Anglophone provinces are based on the British school system, whereas the French model predominates in the Francophone part of the country.

The state is responsible for education. On paper there is compulsory schooling in Cameroon, the state primary schools should be free. A noble goal that was formulated in light of the 2015 Millennium Development Goals. 50% of the primary schools are state owned, 50% are privately owned, mostly denominational.

Cameroon has been a member of the Global Partnership for Education initiative since 2006 and has received promotional loans to implement the national education sector plan 2013-2020, the main goal of which is to achieve high-quality general primary education.

Also among the secondary schools, which are both general and technical, there are both state and private schools.

Badly paid and unmotivated teachers, inappropriate teaching content, poor school equipment, overcrowded classes, high drop-out and repetition rates and corruption are just some of the many problems in Cameroon’s schools. Being rich or poor, living in the city or in the country, gender and the region of the country determine the quality of school education.

Schooling for girls is by no means a matter of course, and that applies not only to the north, which is particularly backward on such issues. Another problem is how families can finance school uniforms, books, exercise books and pens.

After vocational schools and vocational schooling led a shadowy existence in state education policy for a long time, the Enseignement et la Formation techniques et professionnels (EFTP) was developed in response to the crisis in the 1990’s, the high unemployment rates among young people and the strong development of the informal sector. designed. Problems in this branch of education arise from the lack of training centers, lack of integration of vocational training in the overall system of education, insufficient link between vocational training and the labor market and inadequate funding.

Universities emerged in Cameroon after independence in 1961/62. State universities exist in Yaoundé (Yaoundé I and II), Douala, Dschang, Ngaoundéré, Buea and Maroua; Buea is the only Anglophone university in Cameroon. There are also several private universities (e.g. Université des Montagnes) and colleges.

Cameroon’s universities have been in a permanent crisis for years: “brain drain”, unreasonable study conditions and the question of maintaining a “regional balance” form permanent explosive.

Cameroonian universities and the German Academic Exchange Service (DAAD) cooperate on both a personal and project level. 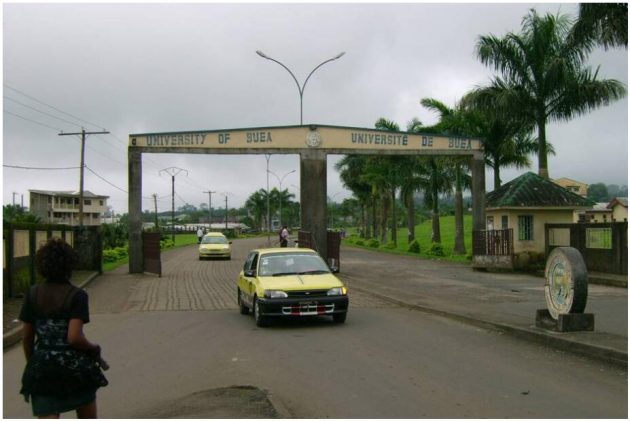 According to hyperrestaurant, Cameroon is a country located in Central Africa. The state health system of Cameroon has been in the process of restructuring since the 1990’s. The goals are decentralization, quality control and the involvement of the population in the administration and financing of health facilities. The World Bank’s ” Results-Based Financing for Health (RBF)” approach is also being tested.

However, the results of public health policy still leave something to be desired. Absolute shortage of doctors due to a lack of training places, relative shortage of doctors, because the few doctors mainly settle in the urban centers, inadequate infrastructure and scarce medicines are just some of the grievances that characterize the medical supply situation in Cameroon. The situation is exacerbated by the migration of health workers abroad.

Health indicators such as life expectancy, child mortality or maternal mortalityare slightly below the African average, but the strong regional differences, which, as with the poverty indices, reflect the south-north or urban-rural divide, are striking.

HIV / AIDS, malaria and tuberculosis are among the most important diseases. People with HIV in particular are still victims of social stigmatization and discrimination. Since a major cholera outbreak in May 2010, cholera seems to have settled in Cameroon for the first time. The main cause of this disease is the lack of clean water, and it affects both northern and southern Cameroon, rural areas and cities.

The first Covid case was reported in Cameroon at the beginning of March 2020. While infections were detected in Yaoundé, Douala and Bafoussam in particular, Covid infections have been documented for all 10 regions of the country since the end of April.

After the WHO declared the COVID epidemic a pandemic on March 11, 2020, Cameroon closed its national borders on March 18. In addition, the following measures were adopted:

But social distancing is difficult in an environment where the majority of people live, work or move around in a confined space.

Nevertheless, many Cameroonians try to comply with the Covid regulations as far as possible. After initial teething problems, the religious leaders also adapted to the restrictions.

At the beginning of April, the Cameroonian government made further improvements:

The number of officially confirmed infections is now (early December 2020) at just under 24,500, there were reported 441 deaths, the real figure may be higher.

And: Advice on alleged therapy and healing methods for Covid-19 is also increasing in Cameroon, speculation in which even church leaders are eagerly involved.

The idea of considering the social security of the population with regard to health, old-age provision, etc. as a basic state task has not really “taken hold ” in Cameroon.

A Caisse Nationale de la Prévoyance Sociale (CNPS), which finances its benefits such as pension payments, injury benefits, disability benefits, etc. from employee and employer contributions, but the majority of Cameroonians have no access to this public social security because many either work without an employment contract, on a self-employed basis and in the informal sector, or are unemployed are. In addition, there is generally great mistrust as to whether one will really benefit from a benefit in old age or in an emergency despite regular contributions. In addition, the facility is repeatedly affected by major and minor scandals, which also does not promote trust in the system. Unemployment, health insurance and sickness benefits are not covered by the CNPS.

State officials, on the other hand, are insured through their employer. There is even a state health insurance for them; however, there are also problems here as soon as funds are to be paid out.