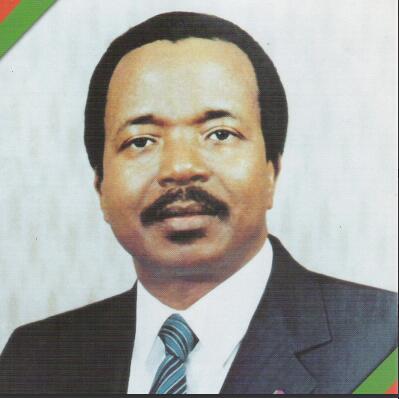 Despite the multi-party system – Cameroon has an extraordinary wealth of parties – with more or less regular elections, Cameroonian politics is dominated by the president and ‘his’ party, namely the former Unity Party. Anyone who wants to achieve something in Cameroon’s public life should be a member of the RDPC / CPDM. This is recommended for the head of a non-governmental organization as well as for the traditional boss. Even some active opposition activists today are sometimes more, sometimes less critical within the ruling party. The UNDP has been integrated into the government and its party leader is currently transport minister.

The co-responsibility in the political stagnation in Cameroon is also recognized by the opposition of Cameroon.

Under the impression of the threat posed by Boko Haram in the north of the country, it appeared that President Biya had gained strength domestically, as if, for a short time, the Cameroonians had moved closer together, the many smoldering conflicts temporarily pushed into the background.

This appearance did not last long. It was only a matter of time before the numerous unresolved political controversies came back into focus.

The current situation in the country is best described with absolute conflict.

Surveys among the Cameroonian population also reveal a mixed picture: on the one hand, healthy skepticism towards sole representation, the susceptibility to corruption and the legitimacy of political institutions – which speaks for a remarkable understanding of democracy – and, on the other hand, considerable acceptance of the president.

Paul Biya continues to withdraw to Switzerland for regular recreational stays, despite the permanent crisis situation. There were and are not only clashes with protesting Cameroonians in exile, but also clashes with the Swiss press…

Biya’s Secretary General Ferdinand Ngoh Ngoh has had the right to sign since 2019 – a sign that the withdrawal is beginning?

In Cameroon, trade unionsplay a subordinate role within civil society, but they still make headlines when the political situation comes to a head. Unions were also involved in the 2008 riots. Despite clear legal bases, the handling of them does not look very satisfactory in practice, which prompted the International Trade Union Confederation (ITUC) to write a protest to President Biya in 2012. There are generally poor working conditions and meager wages that prevent a secure livelihood – the statutory minimum wage was 2014

An “extra-parliamentary” opposition member is Cardinal Tumi, former Archbishop of Douala. He publicly accused human rights violations, restriction of the freedom of the press and corruption, founded the private radio station “Radio Véritas” in 2003 and therefore came into conflict with the government, which feared his verdict.

On the other hand, Tumi represents the strict line of the Catholic Church with regard to abortion law and the rights of homosexuals. In 2009 he organized a large demonstration against the ratification of the Maputo Protocol by Cameroon.

In view of the general crisis situation, especially in the north and in the Anglophone part of the country, the UN human rights commissioner Michelle Bachelet visited the country in May 2019 and Cameroon became a topic in the UN Security Council.

Further evidence of the deterioration in the domestic political situation is the country’s placement in the Fragile States Index Annual Report 2020. Here Cameroon slips further into the basement every year: in 2018 it was ranked 23rd, in 2019 it was 16th, and Cameroon is currently 11th.

The reasons can be found under the 4 indicators:

According to politicsezine, Cameroon is a country located in Central Africa. After the discontent of the Anglophone population smoldered underground for a long time, the Southern Cameroons National Council (SCNC) was founded in 1995, which advocates the secession of the English-speaking part of Cameroon, ” Ambazonia “.

Since October 2016 there have been various protests in the Anglophone regions and the Anglophone problem is growing into a domestic political crisis. What began with strikes by lawyers and teachers has now grown into a general movement of Anglophone citizen protests. Markets, courts, schools and universities have been and are sometimes on strike. The state sent military and police and blocked the Internet linesin the Anglophone provinces and imposed curfews; Anglophone activists are persecuted as far as Nigeria and thousands of Cameroonians fled the violence in the direction of Nigeria or other African countries or the francophone part of the country.

President Biya unceremoniously declared the Anglophone secession movement a ” gang of terror ” and thus provided the pretext for even tougher action on both sides. The spiral of violence is turning, in the meantime people are talking about civil war.

The arrest of the Cameroonian writer Patrice Nganang at the beginning of December 2017 showed how bare the nerves are. He wrote a critical article for “Jeune Afrique” during his visit to the country and then wished Paul Biya to die on his Facebook page. Probably mainly due to external pressure out Patrice Nganang came, who has US citizenship, after 3 weeks of jail free.

In the country itself, the churches are trying to take on a mediator position in the conflict. In the meantime, two episcopal letters (December 2016, October 2017) have been published, the concerns formulated in them have unfortunately not been heard. But the time for a national dialogue is pressing. At the same time, demonstrations against an Anglophone split take place in the francophone part.

There were repeated kidnappings of schoolchildren, students and teaching staff, allegedly by Anglophone separatists. A procedure that was previously only known from Boko Haram on this scale. All of the abductees were released.

In 2018 the internet came back to the Anglophone regions after 230 days of shutdown.

At the end of June 2019, Switzerland offered its mediation aid in the Anglo-Francophone conflict. A not undisputed move. The question of how to bring the opposing sides to one table remains open.

Anglophone separatists rioted in Buea and Yaoundé prisons in late July 2019, and several leading separatists were sentenced to life imprisonment in August.

“Grand Dialogue National” in Yaoundé: A step in the right direction or is it more of a monologue by the government representatives and thus nothing but a hollow appearance? The separatists’ requests for a venue outside of Cameroon and the participation of foreign mediators were rejected by the government, which led to the boycott of the meeting by important rebel representatives. As a result, at least a few proposals were formulated and opposition politician Maurice Kamto and other MRC activists were amnestied.

In July 2020, Cameroonian government officials met for the first time for ceasefire talks with one of the most important rebel groups, during which time the spiral of violence continues and continues Violent attacks are now increasingly focusing on women.

Christian Tumi, retired Archbishop of Douala, was kidnapped in the northwest region, but released again after a short time. Last bloody climax: the attack on a school in Kumba in which 7 children were killed.