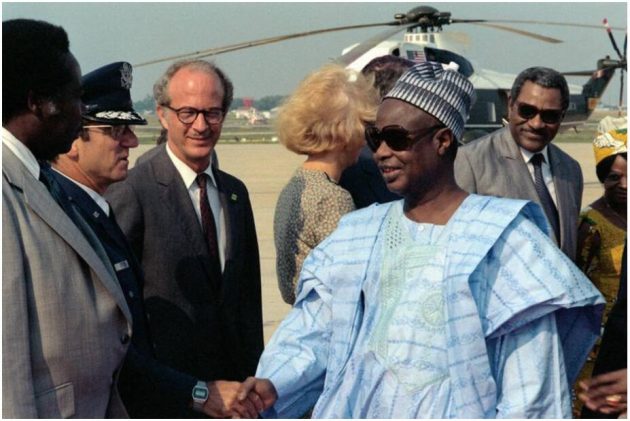 France installed the representative of the western-oriented opponents of Nyobe, Ahmadou Ahidjo (biography), as a leading figure in the transition to independence: in 1960 Ahidjo became Cameroon’s first president. In 1961 the then “Southern Cameroons”, today’s Anglophone western provinces, until then part of the British mandate, decided in a referendum for reunification with the now independent, formerly French part of Cameroon. As a result, the clientelist dictatorship of a unity party established itself. 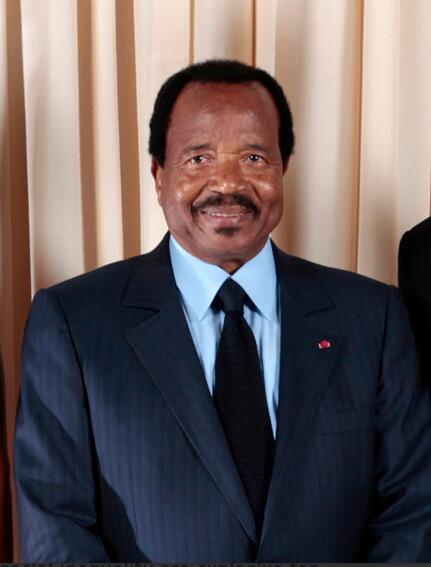 Ahidjo resigned the presidency in 1982 for “health reasons” to Paul Biya (biography) ; A short time later, Biya seized all power. It remained with the rule of the unity party RDPC / CPDM (Rassemblement Democratique du Peuple Camerounais / Cameroon People Democratic Movement). In 1990/91, as part of the new democratic awakening in Africa, there was also a movement for an independent national conference in Cameroon. After bloody repression, however, the president’s party remained in power. As a result, a dosed democratic opening developed with the admission of parties, independent press and elections, the democratic character of which is, however, highly controversial. The system of balanced donations to parties and regional elites under the rule of the party and ethnic group of the president has stabilized to such an extent that open repression is the exception today. Nevertheless, corruption, state failure, especially in the education and health sectors, as well as increasing social inequality are explosive for Cameroonian society.

The union of the non-equal Anglophone with the Francophone part of Cameroon plays an important role in the politics of the country again and again.

Cameroon is a presidential republic. The form of government can be described as semi-presidential, i.e. there is the head of government (= prime minister) as the second executive power alongside the president, whose government is responsible to parliament, but the constitution guarantees the president – since 1982 this has been Paul Biya – an outstanding position.

The constitution that is now in force is the third since independence was achieved in 1960.

According to thefreegeography, Cameroon is a country located in Central Africa. This third constitution was revised three times under Biya: In 1984, during the phase of Biya’s power consolidation, the state was renamed the “Republic of Cameroon” and the provincial borders were redrawn.

In 1996 the course was set for moderate decentralization. It was decided to set up a second chamber of parliament (Senate) and the term of office of the President was set at seven years, with one-time re-election.

In 2008 the last constitutional amendment was made for the time being: the RDPC / CPDM used its broad parliamentary majority and decided on an unlimited term of office for the president (by the way, an officially (!) Low-paid onePost), as well as its immunity beyond the time of the presidency. With this move, President Biya finally joins the long line of African autocrats. Internal and extra-parliamentary protest remained ineffective.

Since the constitutional amendment in 1996, Cameroon has been a decentralized (!) Unitary state.

The division of powers into the executive, legislative and judicial branches is enshrined in the constitution.

The executive is made up of the representatives of the central power: President, Prime Minister and Government and the organs of the ‘pouvoir déconcentré’, ie the state representatives at the provincial, departmental and arrondissement level.

However, it is the president who appoints and dismisses the prime minister, cabinet members, governors, prefects, etc. It is the president, who can dissolve parliament, who presides over the armed forces and who determines national politics.

The legislature, the “Assemblée Nationale / National Assembly”, is elected every 5 years and has 180 seats. Parliament can withdraw its confidence in the government (no confidence vote). The second chamber, the Senate, elected for the first time in 2013, has 100 seats, ie ten seats / region (former province), of which seven are elected representatives and three are appointed by the president. The President of Parliament represents the head of state.

Administratively, Cameroon is divided into

Each province, called “Region” since the end of 2008, has a governor who represents the state at the provincial level and is appointed by the President. The provinces are divided into departments / divisions headed by a prefect / senior divisional officer. Further administrative sub-units are the arrondissements / subdivisions. The former districts were abolished and declared to be arrondissements / subdivisions.

The decentralization process is slow, and the municipalities are key players. As a result of the national dialogue, the parliament decided to grant the Anglophone regions a special status with certain rights of co-determination. In addition, all regions should be able to dispose of a certain share of the state budget. How it looks with the implementation of these resolutions is another matter.

The extent to which the Senate will fulfill its function is also still unclear.

Local self-government takes place between the interests of state representatives and the traditional authorities. Your success is strongly influenced by the specific circumstances in each individual municipality.