Bolivia is a landlocked country in South America that is surrounded by five neighboring countries: Brazil in the north and east, Paraguay in the southeast, Argentina in the south, Chile in the southwest and west, and Peru in the northwest. Overall, the country covers an area of ​​1,098,580 km². See Bolivia country abbreviation.

There are three landscape areas: the eastern lowlands, the eastern slopes of the Andes and the Andean highlands. The Andean highlands (Spanish: Altiplano) lie between the western and eastern Cordilleras and are part of the Puna, a highland that stretches from Chile to Argentina. Its basins reach a height of up to 4,000 m above sea level and are framed by mountains that reach the highest peak in the Western Cordilleras in the Sajama volcano at 6,542 m. The second highest mountain in Bolivia is the Illimani (6 460 m) near the country’s seat of government, La Paz in the Eastern Cordilleras. To the east of the Puna is the approximately 300 km long mountain slope of the Andes.

Subsequently, a lowland extends to the borders of Brazil and Paraguay, which extends to the Amazon basin in the north and the dry and hot scrubland of the Gran Chaco in the south. In the north of the country, Bolivia has a share in the approximately 190 km long and on average 50 km wide Lake Titicaca (total area: 8 288 km²). This highest navigable lake in the world is 3 812 m above sea level and is the largest lake in South America. It has numerous islands and is up to 281 m deep. Another important lake is the 2,600 km² saline Poop¨®see (also Lago Aullagas) in the south of the country. Bolivia is irrigated by three river systems. The source rivers of the Amazon and Paran¨¢ originate in the Bolivian highlands on the eastern slope of the Andes,

Bolivia has a tropical climate with temperatures that are largely constant over the year. Only in the Andean highlands do night frosts occur in winter. In the hot eastern lowlands, the heavy summer rains are particularly noticeable. Precipitation increases from west to east and from south to north. They fluctuate between 50 and 600 mm in the Altiplano and between 500 and 2,000 mm in the lowlands. La Paz has an annual total precipitation of 570 mm. In the dry and hot west, however, the annual amount of rain drops to 250 mm. The average temperature in the capital is 18 °C in January and 10 °C in July.

From the tropical mountain and cloud forests of the rugged valleys on the eastern garbage of the Andes (also called Jungas) reaching up to a height of 3,200 m, the vegetation in the northern lowlands merges into ever-moist tropical rainforests. With decreasing rainfalls, wet, then dry and thorny savannas follow to the south. The high pools of the Altiplano are forestless. Tuft grasses, dwarf shrubs and upholstery plants cover the lower altitudes of the Cordilleras up to 4,800 m.

Especially in the Bolivian highlands there are camel species, including llama and alpaca, which are also domesticated. A common rodent in the highlands is the chinchilla. The scavenging Andean condor is one of the largest bird species on earth and has a wingspan of up to 3.25 meters. In the catchment area of ​​Lake Titicaca in particular there are many smaller bird species as well as water chickens, ducks, geese and seagulls. The Poop¨®see, on the other hand, is known for its flamingo shoals.

The rivers of the eastern lowlands, which belong to the Amazon system, have a high fish population. But numerous frogs, toads and lizards also find an ideal habitat here. Countless, partly still unexplored insect species populate the fertile soil. The plains are home to armadillos, anteaters, wild boar species, deer and cougars.

The forests in the north are inhabited by the largest big cat species in South America, the jaguar. You can also find tapirs and crocodile crocodiles here. Among other things, piranhas live in the rivers. Numerous species of snakes, including the boa constrictor, inhabit the forest regions as well as parrots and toucans.

The vast majority of the approximately 9.34 million Bolivians live in the Andean highlands and on the subtropical eastern slope of the Andes, around 900,000 of them in the country’s largest city, La Paz, which is also the country’s seat of government. The eastern lowlands, on the other hand, are largely uninhabited except for a few Indian tribes with largely their own language. The residents of the Altiplano are also Indian-speaking. In the larger cities, however, only the official national language, Spanish, is spoken. The country’s capital is the city of Sucre, which has around 250,000 residents (agglomeration).

Over half of the population of the South American country are Aymar¨¢ and Ketchua Indians, who do not play an important role in the country’s political hierarchy. 30% of Bolivians are mestizos, 15% whites. According to official statistics, 95% of the population profess Christian (Catholic) belief, with the over 100,000 Indians living in the lowlands in particular mixing Christianity with their own cultural traditions. According to COUNTRYAAH, 7% belong to other faiths.

The life expectancy of the Bolivians is 66 years on average; the population grows by 1.4% annually. 87% of Bolivians can read and write. 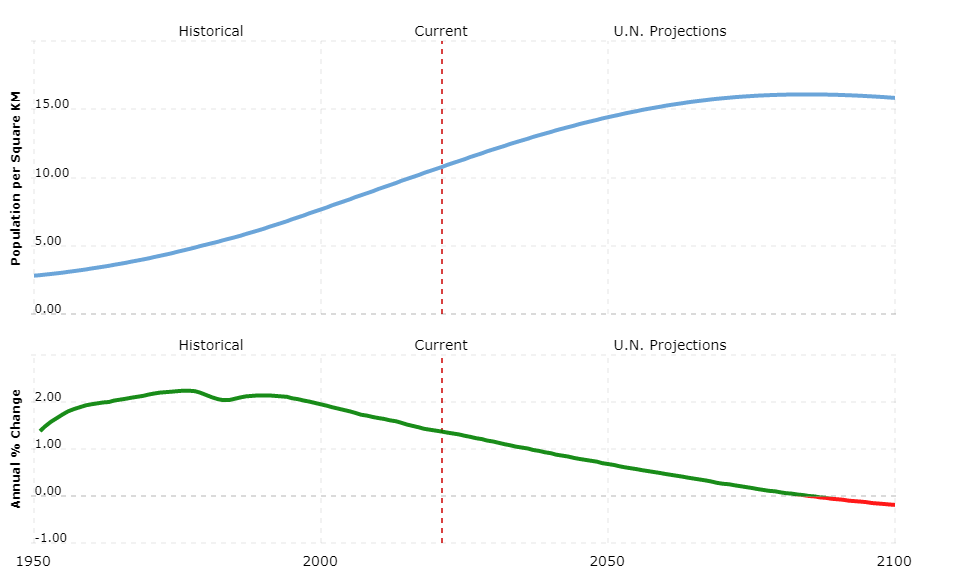 According to the 2009 constitution, Bolivia is a presidential republic. The head of the government and head of the state is the directly elected president for five years (Evo Morales since 2006). It is his power to appoint and dismiss ministers.

The congress, whose deputies are elected for five years, forms the legislative branch. The two chambers consist of 36 senators (appointed by party lists for five years) and 130 members of the chamber (68 directly elected by their government districts, 62 proportionally based on the party lists).

The trade union association COB has long played an important role as an extra-parliamentary opposition.

The legal system is based on Spain and the Napoleon Code.

The country’s administration is divided into nine regions (departments).

Bolivia is still a developing country with a per capita income of around $ 2,470 / year, high underemployment and inflation. Poverty of people (60% live below the poverty line) is offset by a wealth of natural resources (natural gas, hydropower, forests). Bolivia’s economy is also heavily dependent on raw material prices due to its high dependence on raw material exports.

Only 12% of gross domestic product (GDP) is generated in agriculture, although around 40% of Bolivians – mostly exclusively for their own use – work in agriculture. Despite a comprehensive land reform in 1953, Bolivian farmers cannot meet their own needs, so food must also be imported. In addition, there has been a migration from the Andes to the eastern lowlands for decades.

Illegal coca cultivation remains a problem area, which is a lucrative source of income for numerous farmers. Bolivia is the third largest producer (after Colombia and Peru). The cultivation of Chinese bark trees, from the bark of which the antipyretic agent quinine is obtained, is a legal and profitable alternative to cultivation in the rain and mountain forests. Bananas, soybeans, citrus fruits, sugar cane, cocoa, coffee and tea are also cultivated. In addition to the cultivation of crops, cattle breeding is an important economic factor. The main livestock in Bolivia, the llama, is used on the one hand as a transport animal, but at the same time it also provides wool, leather and meat. Vicuna and alpaca are also important livestock. In the Mojos plain, cattle breeding is very important,

The underdeveloped industry contributes about 34% to the gross domestic product. Its main pillar was once mining. However, due to the fall in raw material prices and the increasing depletion of raw material sources, its importance has decreased significantly. In contrast, the promotion of energy resources (especially natural gas) is becoming increasingly important. The food and textile industries and metal processing are the most important industries in the country. The main trading partners are the South American neighboring countries as well as China, the USA and Japan. International airports can be found in La Paz and Santa Cruz, the free port in the Argentinian Rosario forms the Bolivian access to the Atlantic.