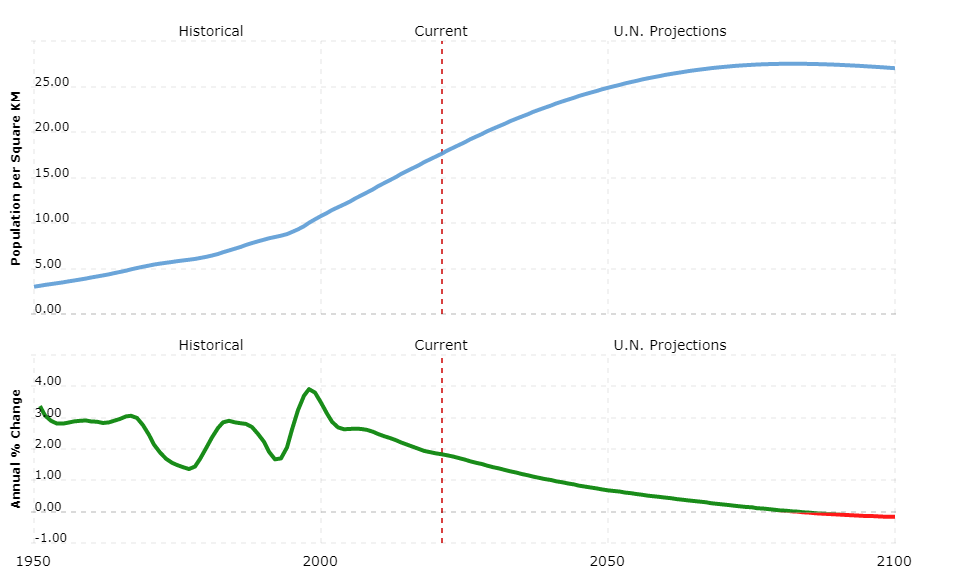 The small country Belize is located in Central America on the Yucat¨¢n peninsula. The country borders the Caribbean Sea to the east, Guatemala to the south and west, and Mexico to the north. With an area of ​​around 22,965 km², Belize is about half the size of Switzerland and the second smallest country on the American mainland after El Salvador. The state territory also includes around 170 smaller coral islands (cays) and three atolls (Turneffe Islands, Lighthouse Reef, Glovers Reef) off the coast in the Caribbean Sea.

The south of Belize is characterized by the Maya Mountains, which are foothills of the Central American basement. Here is the country’s highest peak, Victoria Peak at 1,122 m. In the northwest there is green flat land, which belongs to the large limestone tablet of the Yucat¨¢n peninsula and which is a maximum of 100 m above sea level. The up to 75 km wide coastal lowland stretches along the Caribbean Sea, which is characterized by numerous rivers, swamps and lagoons. The coral islands off the coast, the so-called cays, belong to a 290 km long barrier reef, which is the second largest coral reef in the world after the Australian Great Barrier Reef.

Until 1970, Belize City on the coast of the Caribbean Sea was the capital of the country, but since the city was repeatedly devastated by severe cyclones, Belmopan became the new capital of Belize inland.

There is a tropical climate in Belize. Temperatures are high all year round. Belize City averages 25 °C in January and 27 °C in July. The temperatures are a bit lower in the mountains. The rainy season lasts from June to December in the north and from May to January in the south, with precipitation decreasing from north to south. In Belize City, an average of 2,050 mm is measured annually, and up to 4,500 mm can fall in the mountains. Between June and November hurricanes occur mainly on the coast (the former capital Belize City was almost destroyed by hurricanes in 1931 and 1961).

Almost half of Belize’s land is covered with forests. In the south there is predominantly evergreen tropical rainforest, while in the north palm trees, pitch pine, pine, cedar, sapotile and mahogany grow among other things. Mangroves and swamps dominate in the lowlands.

The forests offer a suitable habitat for a large number of animal species. Jaguars (the world’s first Jaguar Reserve was created in Belize in 1986), pumas, ocelots, tapirs, armadillos and manatees (manatees) are common. The reptile and bird life is very diverse, as is the underwater world on the coral reefs off the coast. A large part of the coral reefs have probably died today, presumably due to the strong sea warming caused by the climatic phenomenon “El Niño”.

A total of 300,000 people live in Belize; With an average of 14 residents per square kilometer, the country is very sparsely populated. There is great ethnic diversity: the mestizos make up around 45% of the population, the Creoles 30%, Indians (Mayans) have a share of just under 10%. According to COUNTRYAAH, about 5% of the total population are black caribou, also called Garifuna: They are a young people that originated on the island of St. Vincent in the mid-17th century when African slaves mingled with local Indians. Part of this people now live in Belize. A further 10% of the total population is made up of Asians, Arabs and Europeans (including around 4,000 German-speaking Mennonites). The official language is English, Spanish is used by around half of the population.

Over 80% of the people belong to the Christian faith (just over half of them Catholic), a significant religious minority with around 4% each are the Mennonites and the Methodists. Every second Belize resident lives in a city, the largest is the former capital Belize City on the Caribbean coast with 70,000 residents. The capital Belmopan has around 15,000 residents.

Population growth is given as 2.2%, which is high. School attendance is compulsory for children between the ages of six and 14, literacy is around 94%. School attendance is free. A social security system was introduced in the 1980s; medical care is free but not nationwide. Life expectancy is 71 for women and 65 for men.

Belize is a parliamentary monarchy in the British Commonwealth. The constitution dates from 1981. The head of state is the British monarch (Queen Elizabeth II since 1952), who is represented in the country by a governor general (since November 1993 Colville Norbert Young). The government is headed by the Prime Minister, usually the representative of the strongest political party (since February 2008 Dean Barrow, UDP).

The legislature lies with the Parliament, which consists of two chambers: the Senate with 13 members appointed by the governor and the Chamber of Deputies with 31 members (30 directly elected by the people for five years, 1 appointed).

There are two relevant parties in Belize, the People’s United Party (PUP) and the United Democratic Party (UDP). The case law is based on British law.

The state territory is divided into six districts.

Tourism has become the most important industry in Belize. Both historical sites and the diving areas off the coast prove to be attractions for approximately 270,000 guests annually, especially from the United States.

In agriculture, citrus fruits, sugar cane, cocoa and bananas are grown. The harvests are also exported. Maize, rice, beans, tomatoes and cassava are cultivated for the local population’s own needs, and additional food must be imported. Fishing is particularly important (especially crustaceans and shellfish). The large forests (almost half of the country’s area is forested) provide precious woods (especially mahogany), rubber and chicle (as the raw material for the manufacture of chewing gum). Livestock farming only plays a subordinate role.

The manufacturing industry generates 16% of the gross domestic product (GDP).

The main trading partners for exports are the USA and Great Britain. When it comes to imports (machinery, food, fuels, chemical and pharmaceutical products), the USA is at the top, followed by Mexico and the PRC.

The infrastructure in Belize is only moderately developed. Around 2,900 km of roads of very different quality are available, of which only 500 km are paved. Belize City has an airport and an important seaport.

The Belize currency (Belize dollar) is pegged to the US dollar.