The western European Kingdom of Belgium with an area of ​​30 518 km² is somewhat smaller than the German state of North Rhine-Westphalia. In the north, the country borders the Channel coast and the Netherlands,in the east on Germany,in the southeast on Luxembourg,and in the south and west on France. From the northwest to the southeast, Belgium can be divided into the three landscapes of Lower, Middle and High Belgium.

Lower Belgium comprises the approximately 20 km wide marshland and polder country of Flanders, which is separated from the coast by a dune train. The area east of the Scheldt, the northern Belgian town of Kempen, is also included in Lower Belgium. Overall, the state area is at a maximum of 100 m above sea level. Central Belgium lies at an altitude of 80 to 200 m and extends from Hainaut (Hainaut) in the west to Haspengau (Hesbaye) in the east. The soil in the areas is very fertile due to the existing loess layer. South of the rivers Maas and Sambre is Hochbelgien, which is characterized by the plateau of the Lower Ardennes (200-500 m). The highest elevation in the country, the Botrange in the High Fens (694 m), lies in the south-east of the High Ardennes.

The most important rivers in Belgium are the Meuse and the Scheldt (Escaut), both of which flow through Belgium from France before flowing into the North Sea in the Netherlands. Both rivers are important for inland navigation, as is the Albert Canal. The capital Brussels (Bruxelles) read in the center of the country.

Overall, the climate in Belgium is oceanic, with the differences between summer and winter being more pronounced inland. In Ostend (Ostend) on the canal coast, the mean January temperatures are 3 °C and the July values ​​are 17.5 °C. In the capital, Brussels, an average of 2 °C is measured in January and 16.5 °C in July. The average annual rainfall is 600 to 1,000 mm, in the Ardennes in the south of the country 1,400 mm.

From the original vegetation of the country (mixed forests of oak, beech and birch), only a few remains are left in Belgium due to the intensive agricultural use. Larger forest stands can still be found in the Ardennes. For the coastal area, heath and moor vegetation are typical, through reforestation there are also larger pine forests in the country.

Larger areas of refuge for wild animals can only be found in the Ardennes. Various raptors such as buzzards and falcons live here. Specimens of the European wildcat are said to still live in the approximately 600 km² protected areas.

A total of around 10.5 million people live in Belgium, over 95% of them live in cities or their metropolitan area. The population density is around 345 residents per square kilometer on average, but is very unevenly distributed: in the Brussels area it is around 5,000 people per square kilometer, while areas in the Ardennes and Central Belgium are only sparsely populated.

According to COUNTRYAAH, around 59% of the population are Flemish, most of whom live in the north of the country and speak Dutch (Flemish). The second largest population group are the French-speaking walloons in southern Belgium. Just under 1% of the total population is occupied by a German-speaking minority, which is mainly located in the Eupen and Malm¨¦dy area in eastern Belgium. French, Dutch and German have been permitted as official official languages ​​in the respective parts of the country since 1963. French and Dutch are equal languages ​​in the greater Brussels area. The vast majority of the population belongs to the Roman Catholic Church, followed by religious minorities of Muslims (4%), Jews and Protestants.

The standard of living of the Belgian population is very high; the average per capita income is 35,000 euros. Social, health and education systems are very well developed. Life expectancy averages 82 for women and 76 for men, but population growth is very low (0.1%) due to low birth rates. 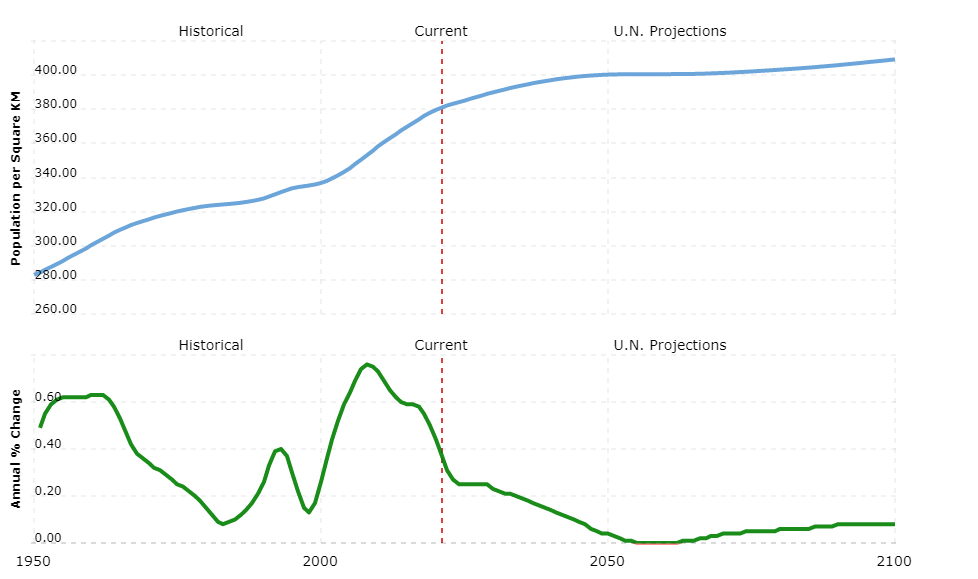 Belgium is a constitutional monarchy with a parliamentary multi-party system. It is based on the federal constitution of 1994. The head of state is the king (since July 2013, king Philippe), but he mainly performs representative tasks. King’s files must be countersigned by Parliament. He formally appoints the candidate of the strongest party to head the country’s government (since December 2011 Elio Di Rupo, PS). The cabinet is made up equally of representatives of the Walloon and Flemish population groups. The legislature lies with the bicameral parliament, which consists of the Senate with 71 seats (40 directly elected by the people for four years, 31 appointed) and the House of Representatives with 150 seats (all deputies are elected directly for four years) to the constitution of 1994, the Senate only has an advisory function,

The split into Flemish and Francophone parties can also be found in the Belgian party scene. Both green environmental parties and right-wing parties have been added to the traditional people’s parties since the 1970s.

Belgium consists of the independent regions of Flanders, Wallonia and Brussels, each with its own parliaments and far-reaching powers, and so-called communities (Flemish, French, German-speaking). In addition, the state is divided into ten provinces.

Belgium is one of the most industrialized countries and the largest exporting countries worldwide. Since the economy is still heavily geared to the classic industrial sectors, it is heavily dependent on the state of the global economy; The central location of Belgium and its excellent infrastructure have a positive effect. Three quarters of the trade take place within the EU.

Belgium is 80% self-sufficient. This is ensured by extremely productive agriculture, in which only a good 1% of the workforce is employed. Mainly fruit and vegetables (south of Brussels) and cereals and potatoes (Flanders, Hainaut, Brabant) are grown. Livestock breeding is an important part of agriculture and is mainly practiced in the Ardennes, marshlands and West Flanders.

The country’s heavy and mining industries are located in Wallonia, the importance of which has declined considerably due to the depleted coal and ore deposits. In contrast, the coastal areas with the large ports of Antwerp, Ghent and Zeebrugge have gained in importance since raw materials now have to be imported. In the greater Brussels area there are industrial companies from the fields of mechanical engineering, chemical industry, furniture manufacturing, paper and printing industries.