The Republic of Azerbaijan (officially Azerbaijani: Azärbaycan Respublikas) is located in the Near East on the Caspian Sea. The southwestern Asian country has an area of ​​86,600 km² and is therefore twice as large as Denmark. It shares borders with Russia in the north, Georgia in the northwest, Armenia in the west and Iran in the south. To the east of the country is the Caspian Sea, which is the largest lake on earth with an area of ​​371,900 km². See Azerbaijan country abbreviation.

The Autonomous Republic of Naxçvan (Russian: Nakhichevan) also belongs to the territory of the Republic as an enclave. The Nagorno-Karabakh region is located within Azerbaijan and is used by the majority of Armenians living there.

The landscapes of the mountainous region are divided into the heartland, which lies in the Kura-Arax lowlands formed by rivers. Azerbaijan also has a share in the Caspian Caucasus, especially the eastern main and side ridges, which rise to an altitude of 4,466 m above sea level (the highest mountain in the country, Basardjusju). In the south of Azerbaijan is the Little Caucasus, of high geographic importance is the Karabakh highlands, which are of volcanic origin. The Talysch Mountains rise in the southern part of the country on the border with Iran. The Autonomous Republic of Nakhichevan has a share in the highlands of Armenia. Kura and Arax are the main rivers in the country. The Kura is the largest river in all of the Transcaucasia. It originates in Turkey and flows via Georgia to Azerbaijan. There it is dammed up in the Mingetschaur reservoir to form the country’s largest inland lake with 605 km², before it flows into a wide delta into the Caspian Sea. The Arax (also Araks or Aras) also originates in Turkey and forms the border with Iran. It flows into the Kura in Azerbaijan.

About half of the country is covered by mountains, which have a decisive influence on the subtropical climate of the region. There is a steppe and semi-desert climate in the lowlands. Here the temperatures in July average 27 °C, in January just over 0 °C. Precipitation amounts between 200 and 300 mm. The Länkäran lowlands, on the other hand, are subtropical and humid. Here the annual precipitation increases up to 1,800 mm. In the capital Baku by the sea, the average temperatures in January are -4 °C, in July 26 °C. The annual rainfall in the capital is around 280 mm. The Apscheron peninsula north of the capital has extremely low rainfall.

The vegetation varies according to the respective altitude and average temperatures. In the lowlands of Azerbaijan and the foothills there is semi-desert vegetation, in some places desert vegetation. About 13% of the state area is covered by forests and bushes. Oaks, beeches, pines and chestnuts mainly grow on the mountain slopes with more rain. The higher mountain areas are covered by alpine meadows. The south of Azerbaijan has evergreen vegetation. There are mainly beech and oak forests here.

The wildlife is rich; in the lowlands it shows gazelles, jackals and hyenas. But reptiles and rodents are also at home here. Various deer, wild boar and brown bears live in the mountains. European bison, chamois and leopards also occur. The mild winters in the coastal regions of the Caspian Sea cause numerous bird species to live in this region, such as flamingos, swans, pelicans, herons and sandpipers. The Caspian Sea is home to around 850 animal species and 500 plant species. The increasing salinization poses a threat to the existing fish species. The waters include sturgeon, herrings and sprats.

The Turkish-speaking Azerbaijanis (also called Aseri) make up about 90% of the population. They migrated to what is now Azerbaijan since the 11th century and intermingled with the Iranians and other ethnic groups who were already living in Transcaucasia. According to COUNTRYAAH, around 13 million Azerbaijanis live outside the state territory (more than in the country), most of them in Iran. Armenians and Russians make up almost 4% of the population, some of whom have fled to Armenia and Russia for political and social reasons. The country’s largest city is Baku with around 1.1 million residents, and around 8.5 million people live throughout the country. Most of them are located on the Apscheron peninsula, in the Baku region and in the Länkäran lowlands in the south of the country.

93% of the total population are Muslims, about two thirds Shiite and one third Sunni. A small minority is Christian.

The population growth is 1.1%. The literacy of the population is practically extensive, the average life expectancy is only 66 years.

The official language is Azerbaijani (Azeri). Latin script has been binding again since 2001; the importance of Russian is decreasing. 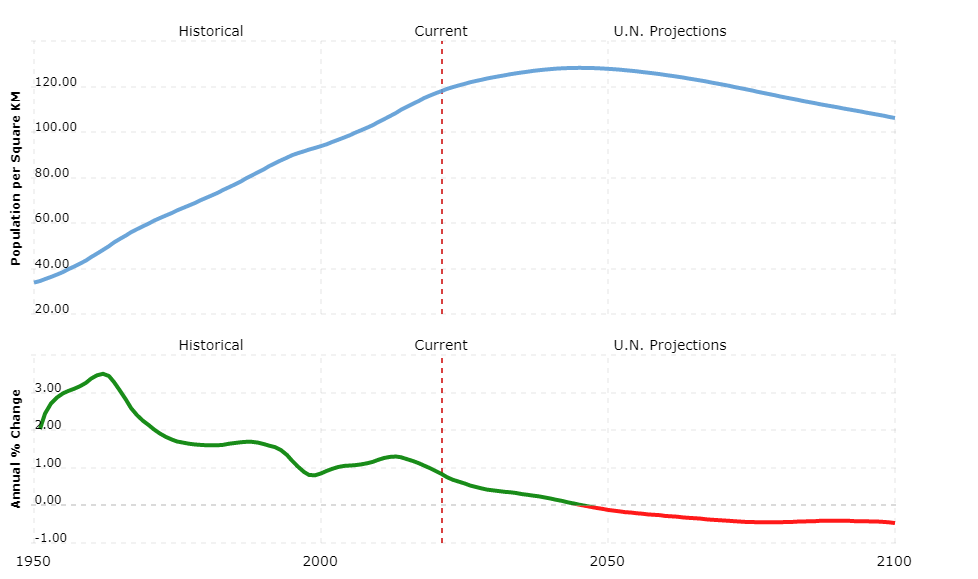 Azerbaijan is a republic with a presidential system. According to the 1995 constitution (amended in 2002), it is headed by a president elected every five years as head of state (since 2003 Ilham Aliyev).

The legislature lies with the National Council with 125 members. The executive lies with the government, chaired by a prime minister appointed by the President (Ilham Aliyev, since 2003) (Artur Rasizade, from November 1996 to August 2003 and again since November 2003). The country’s most important party is the “New Azerbaijan” presidential party.

The administration of Azerbaijan is divided into 59 districts (rayons) and eleven cities as well as the Autonomous Republic of Nakhichevan.

High structural unemployment with a low standard of living characterize the basic economic situation in the country – although the gross domestic product (GDP) increased considerably until 2010, followed by stagnation and moderate growth in 2011. The reason for the high growth rates is the increasing production of oil and gas and their further processing. However, there is a lack of foreign investment in other economic sectors, among other things due to the still uncertain situation in Nagorno-Karabakh. The country’s main problem remains the transition from a planned Soviet-style economy to a market economy; corruption is widespread.

It is estimated that 6% of the gross domestic product is generated by agriculture, the industry provides 67%, the service sector 27%.

About 50% of the country’s area consists of arable land, which, however, mostly has to be additionally irrigated. The main crops are wine, tobacco, vegetables, cotton, wheat and rice. Tea and citrus fruits are grown in the Länkäran lowlands. Silkworm farming has a long tradition, based on large mulberry crops. In addition to agriculture, animal husbandry (mainly sheep, goats and cattle) is also common. The animals graze in the lowlands in winter and in mountain areas in summer.

Oil production in the Baku area began at the end of the 19th century. The high quality of the oil makes the raw material a valuable export item today. Other mineral resources are also mined in the country. The most important are iron and copper ores, rock salt, alunite and sulfur gravel. The majority of industrial companies belong to heavy industry: there are iron, steel and aluminum plants. Bartering with the former Soviet republics has decreased in recent years, while political and economic relations with Iran and the EU have increased.

The international airport is located near the capital, Baku, which is also the most important (inland) seaport.

The currency of Azerbaijan is the manat (= 100 Gepik).