Australia is the smallest continent on earth with around 7.7 million km². With the island of Tasmania and a few smaller island groups, the continent forms the state of Australia, which consists of six states, two territories and a few outer areas. See Australia country abbreviation.

The surface of the continent is not very structured, geographically the country can be divided into three main areas. The West Australian Tablelland, which forms a huge plateau and occupies more than half of the country, the lowlands of the inner east (e.g. Murray-Darling Basin, Eyre Basin) and the mountainous countries of the east (East Australian Cordilleras).

The uniform area of the Tafelland (Western Australian shield) slowly rises on the west coast to a height of approx. 300 to 500 m above sea level and slowly decreases towards the east. It is dominated by individual mountain ranges (Musgrave, Macdonnell chain, both up to approx. 1,600 m) and plateaus (Kimberley, Arnhem Land). The most famous island mountain in Australia is Ayers Rock (in the language of the Australian Aboriginal Uluru): A rock about 600 million years old with an extension of 10 km and a height of 335 m one of the most peculiar monoliths on earth. The interior of the Australian continent consists largely of savannas and deserts (e.g. Great Victoria Desert, Great Sandy Desert). Here is the so-called Australian outback.

The Central Australia lowlands, which follow further to the east, consist of three large Artesian basins, each of which forms an underground water reservoir. This area is of great importance for Australian agriculture, and two of Australia’s most important rivers, the Murray and the Darling, also flow here. East of this lowland zone, the country rises to the Australian highlands (Great Dividing Range). This mountain range runs for about 3,000 km parallel to the east coast of the continent, the most important links are the New England chain, the Blue Mountains and the Australian Alps. The highest mountain in the Australian Alps is Mount Kosciusko at 2,228 m. The country drops steeply towards the east to the coastal plains that frame the entire continent with an average width of approx. 65 km.

Australia has different climates and is the driest of all continents. Sufficient precipitation falls only in some coastal areas, large parts of the country are uninhabitable due to the drought. The deserts of Central and Western Australia have less than 250 mm of rainfall per year. The eastern coastal lowland receives sufficient rainfall all year round.

Depending on the region, temperate (south), subtropical-maritime (coastal areas), tropical (north) climate and desert and steppe climate are found in the interior of the continent. In the northern regions with a tropical climate (approx. 40% of the country’s area) there is a hot and humid season with a lot of rain (November to April) and a moderate, warm and dry season (May to October). It is the coldest in the Australian Alps in New South Wales, Northern Victoria and Tasmania, only here there is snowfall in the winter half-year. December and January are the warmest months in the south (average temperatures in Melbourne in January: 20 °C), in the north November. The highest temperature was measured in Cloncurry / Queensland at 53.1 °C, but it can get hotter in the deserts.

Typical effects of the Australian climate include wildfires that wreak havoc (such as 1997 in New South Wales and 1999 in the southeast), cyclones (eg cyclone “Vance” in March 1999) and floods as a result of the storms.

On the Australian continent, which has been separated from the rest of the world by oceans for over 200 million years, a great biodiversity has developed in plants and animals. Evidence of this isolated development is, for example, the marsupials of Australia, which had to give way to the more developed mammals on the other continents.

Of the approximately 20,000 native plant species in Australia, approximately 85% can only be found on this continent. Typical for the Australian vegetation are the eucalyptus and acacia trees, of which there are over 600 species. The fast-growing and undemanding eucalyptus tree occurs in a wide variety of environments, including hot and dry Central Australia. The size varies from bush height to 90 m. In the southeast of Australia there are extensive forest areas, the densest vegetation can be found in the tropical rainforests of Northern Queensland. Heavy deforestation threatens the existence and threatens biodiversity in the forests. The baobab tree, also known as the bottle tree, can be found in dry areas and can store water in its trunk.

The marsupials are typical representatives of the Australian wildlife. In contrast to the more advanced mammals, marsupials give birth to their young at the embryo stage and then raise them in a bag. The marsupials include the kangaroos, of which there are over 40 different species. The largest are the red giant kangaroos, which can be up to 2 m long and weigh up to 100 kg including the tail. The boy is born with a size of about 2.5 cm and grows up in the protective pouch of the mother. Heraldic animal of Australia (together with the emu, a large ratite) is the koala: Translated from the language of the indigenous people of Australia, the name means “do not drink”, since these animals manage with extremely little water. Other marsupials include the wombat, the Tasmanian devil or marsupial,

Most Australians are descended from European ancestors, and many are descendants of British settlers. Of the Australian Aborigines, there are still around 40,000 pure-bred and around 100,000 mixed-breeds. Your ancestors probably came from Southeast Asia around 50,000 years ago. According to COUNTRYAAH, there were up to 600 different groups of the Aboriginal people. Their hunter-gatherer culture left hardly any traces on the continent, which changed suddenly when the settlement by the Europeans began. After around 200 years of oppression and repression of the indigenous people, measures have been taken by the Australian government in recent years to protect their culture: for example, parts of the country have been returned to the Aborigines. The Australian government apologized for the first time in early 2008 for the injustice.

With around 3 residents per square kilometer, Australia has the lowest population density in the world after Mongolia. Most of the total of over 21 million residents live in the coastal cities in the east, southeast and west of the continent, while large parts of the country are uninhabited in the interior of the continent. The largest cities are Sydney (approx.4.1 million residents), Melbourne (approx.3.6 million), Brisbane (1.8 million) and Perth (1.5 million). The capital Canberra has approximately 340,000 residents. Melbourne has the largest Greek community outside of Greece, and there are also large groups of German immigrants. Immigration has been promoted by Europeans since the beginning of the 20th century, today the number of Asian immigrants exceeds that of Europe.

The official language is English. About 50 of the many Aboriginal languages ​​have survived and are also taught. Around a quarter of the Australians belong to the Roman Catholic or the Anglican Church, another quarter to other Christian religious communities.

Unique in the world are two animals that only exist in Australia, namely egg-laying mammals: the platypus and the echidna (Echidna). Many of the indigenous marsupials have been displaced from their habitat by imported mammals such as dingoes, rabbits, camels, foxes etc. and have since become extinct.

The reptile and bird world of Australia with the numerous parrots (budgerigars, loris, cockatoos) and the Australian kingfisher (Kookaburra) is very diverse.

The Great Barrier Reef off the northeast coast of Australia is also a unique habitat, with a length of 2,012 km the largest coral reef on earth. Here too there is a risk of a lasting disturbance of the ecological balance due to intensive industrial fishing in the surrounding waters and tourism.

Australia responds to the threat to flora and fauna by setting up large-scale nature reserves, which also include parts of the sea. Around 12% of the country’s area has been declared such protection zones, eleven areas are World Heritage Sites. 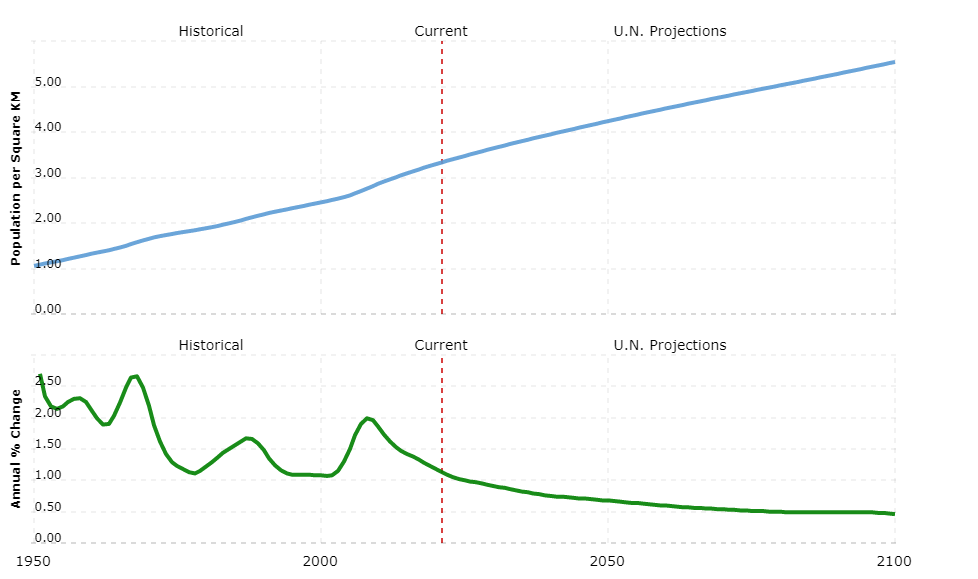 Australia is a parliamentary monarchy. Officially, the British Queen is the head of state, who appoints the governor-general who is in charge. In fact, political power lies with the Prime Minister (Tony Abbott, since 2013) and his cabinet. In 1999, 55% of Australians voted to keep the existing form of government and against a republic. Six states, two mainland territories and several small island groups form a federation of the “Commonwealth of Australia”: New South Wales (Sydney), Victoria (Melbourne), Queensland (Brisbane), South Australia (Adelaide), Western Australia (Perth), Tasmania ( Hobart), Northern Territory (Darwin) and the Australian Capitol Territory ( Canberra).

The individual federal states are largely autonomous and have their own laws that can be repealed by federal laws. Each state has its own parliament, at federal level the parliament consists of a house of representatives (150 deputies, elected for three years) and a senate with 76 members (elected for six years).

In Australia, there is a compulsory choice from the age of 18.

Australia is an economically strong country. After a slump in the 1980s, the economy quickly recovered. The country has had good economic growth rates since the 1990s. Rich resources and agriculture form the basis for prosperity. Falling raw material prices have clouded this picture somewhat since 2013. Raw materials such as natural gas, crude oil, hard coal, gold, various ores and copper are mined in the country, mostly also processed and meet their own needs. Iron ore and coal are exported to countries around the world. The main branches of the manufacturing industry are iron and steel production, petroleum processing and petrochemicals, textiles, electrical engineering and electronics.

A large part of the cultivated area serves as pasture land because it is not suitable for agriculture. Almost a third of the area is used for sheep farming. The main agricultural products are beef, wool, wheat, sugar and dairy products. China and Japan are currently Australia’s leading export partners. The main imports are crude oil, telecommunications and computer hardware and motor vehicles.

Tourism is an important economic factor with a rising trend: from 1987 to 2012 the number of foreign visitors to Australia rose from 1.7 million to 6.1 million.

The currency is the Australian dollar (AUD).

Prehistoric finds indicate that Australia was settled by the indigenous people around 40,000 BC. Chr. Europeans first reached it in the 16th century. After the loss of the American colonies, England found a substitute here for the transfer of convicts: in 1788 a first fleet with almost 1,000 prisoners landed, which founded Sydney. Further foundations followed, the hinterland was developed, the indigenous population was displaced and exterminated. Gold finds in the middle of the 19th century caused further waves of immigration to the country, which had around 2.5 million white residents around 1900. In 1901 the colonies merged to form the Australian Confederation. The two world wars in which Australia developed into an industrial nation brought about emancipation spurts when Dominion became independent in the Commonwealth and became a partner of the USA in Southeast Asia.